The 10 Worst TV Reboots of the Decade

Nobody asked for them, nobody wanted them.

The 2010s brought us a lot of fantastic TV to be fair. (See our top 20 shows here.) Sure everyone is non-stop calling it the "golden age of television" and whatnot. But not all of it was golden. Some of it, well, it was just plain lazy.

We're talking about the endless amount of reboots that landed on our screens over the last decade. Similar to cinema, the temptation to try to recreate the success of a former hit is just too strong for some TV executives, despite its popularity usually being down to the show being completely of its time.

However, given the rise of prestige TV, many networks have been feeling the pressure to compete and reboots are a somewhat easy way of doing that given that there is, or certainly was, a fan base there.

There are some that have worked. The reimagining of 'Sabrina the Teenage Witch' is actually pretty good on Netflix, and where would we all be without those 'Queer Eye' lads?

For the most part, though, reboots can taint the original legacy of the show and make us all just feel bad for everyone involved.

Here are the worst offenders:

(They aren't in any particular order because they're mostly all equally terrible.)

There was a lot of hesitation about this reboot and it was warranted. Holly Marie Combs and Shannen Doherty, the original stars of this show about sibling witches, took umbrage with the reboot being described as "fierce, funny, feminist" because wasn't it always? The first season of the reboot received a very tepid response and while it has been renewed, the showrunner has abandoned ship. Just leave it guys, we don't want what you're selling. 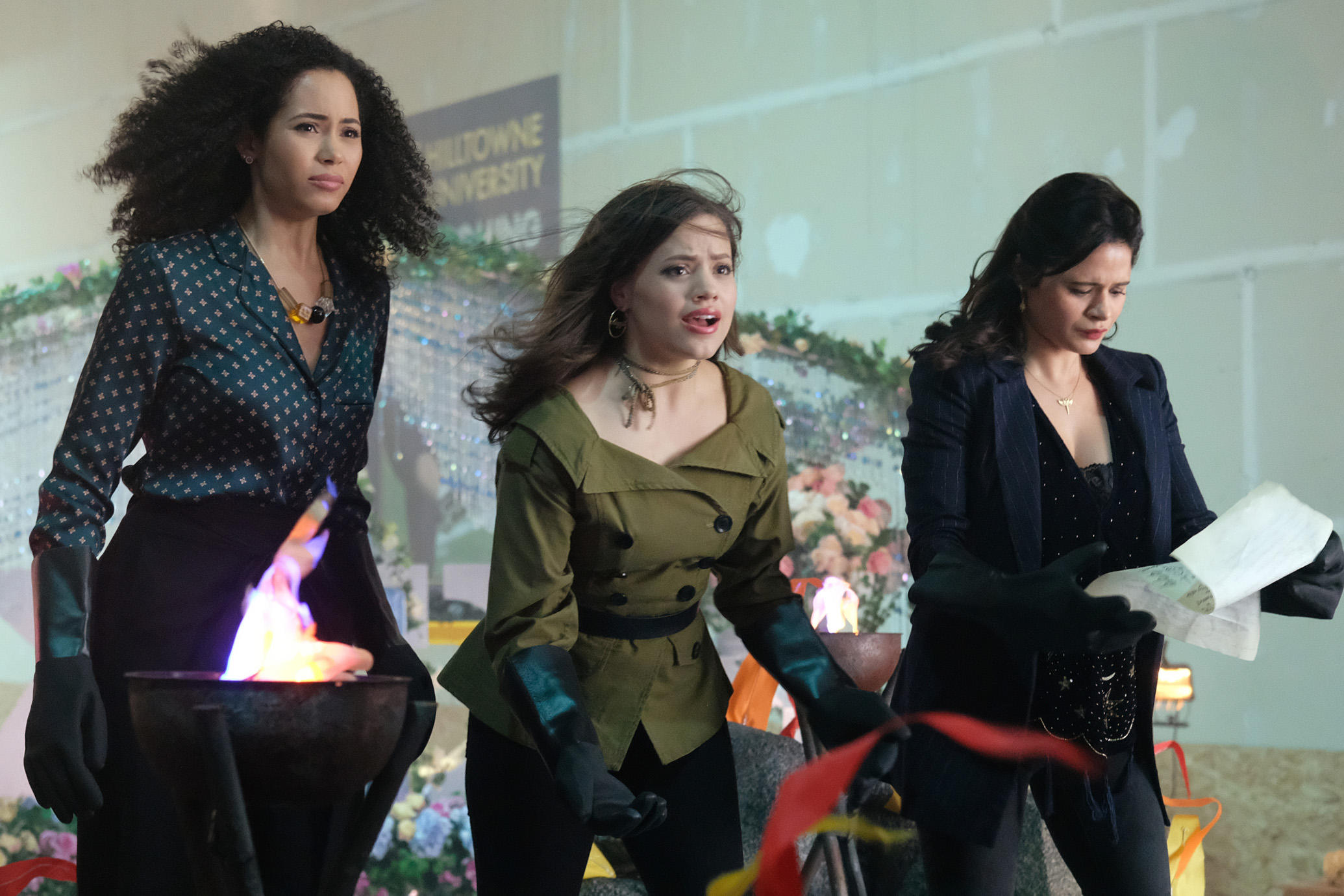 Look, the original 'Dynasty' is simply iconic at this stage. The US soap opera ran all throughout the eighties and can claim the one and only Joan Collins as one of its castmembers. While the 2017 reboot is just as glamorous and drama-filled as the original, three seasons in, it still hasn't quite caught the magic of the original. 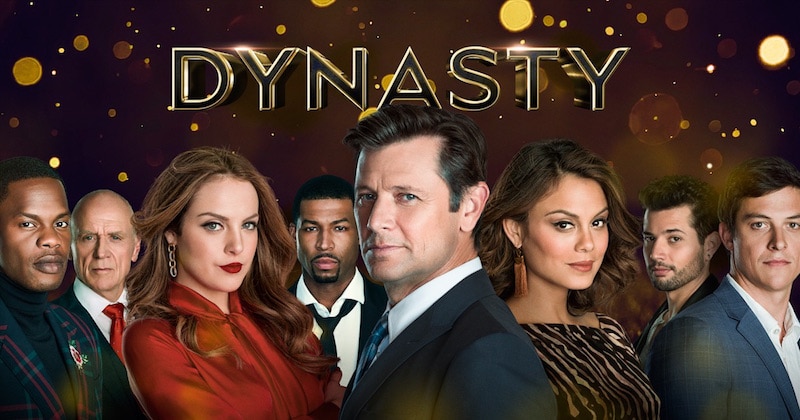 Another staple show of the eighties, 'Magnum PI' epitomised the decade's love for dudes with nice cars investigating crimes. (There was also a 'Knight Rider' reboot but that's the previous decade's fault). Using the powers of a Hawaiian shirt and his famous moustache, Tom Selleck busted bad guys, schmoozed women and was a force to be reckoned with. The 2018 series involved a similar premise with a lead not even half as cool as Selleck and no moustache. Not havin' it. 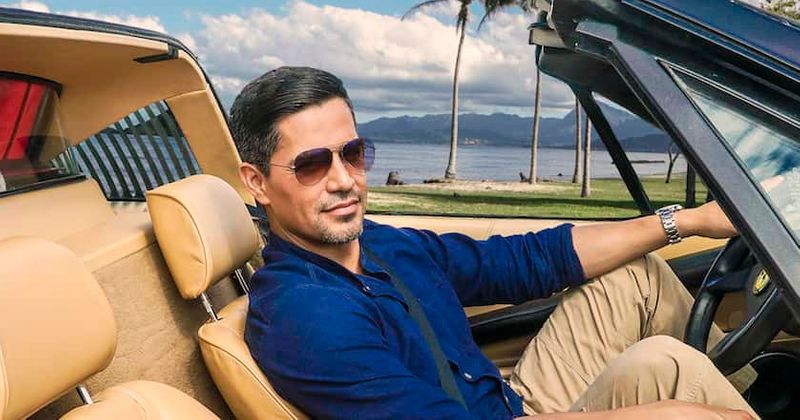 Look, like Magnum PI, there's only one MacGyver. Patty and Selma didn't worship him for nothin'. This guy was like a suave, handsome Mr Bean in that he could pull all manner of rubbish from his pockets at any point and somehow save his life with it. He once used his own wallet to zipline with. Honestly, where would you get it? Lucas Till took over the role from Richard Dean Anderson for the 2016 reboot which, despite being originally panned by critics, is somehow going into its fourth season on CBS in 2020. We blame the teens. 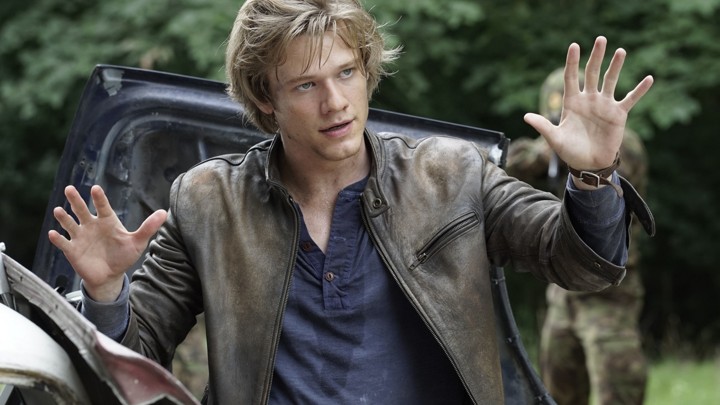 This famous nineties show has been rebooted twice now, and the first one which ran from 2008 to 2013 wasn't actually all that bad. However, did you know that they went and did another season with some of the original stars? Yeah, it happened, and recently. 'BH90210' was a six-episode show featuring the original actors pretending to do a reality show about making a reboot of 'Beverley Hills 90210.' It's was all very meta and all very terrible and we're glad it's gone away now so we can forget it ever happened. 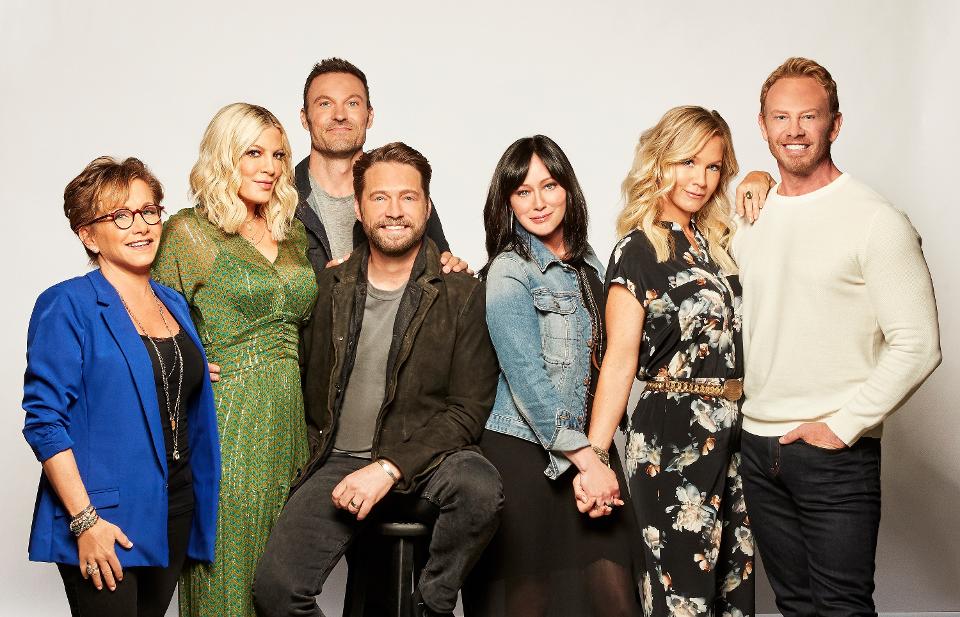 It all started off so promising with this reboot, winning praise from critics and an opening episode in 2018 that became the highest-rated comedy episode on any US broadcast network in nearly four years. Then everyone got a stark reminder that it was Roseanne Barr they were dealing with whose talent for sticking her foot in her mouth has always been her downfall. A racist tweet Roseanne claimed was the fault of a sedative she had been taking (those pesky racist sedatives) led to her dismissal from the show and a spin-off called 'The Connors' was commissioned for the rest of the cast. 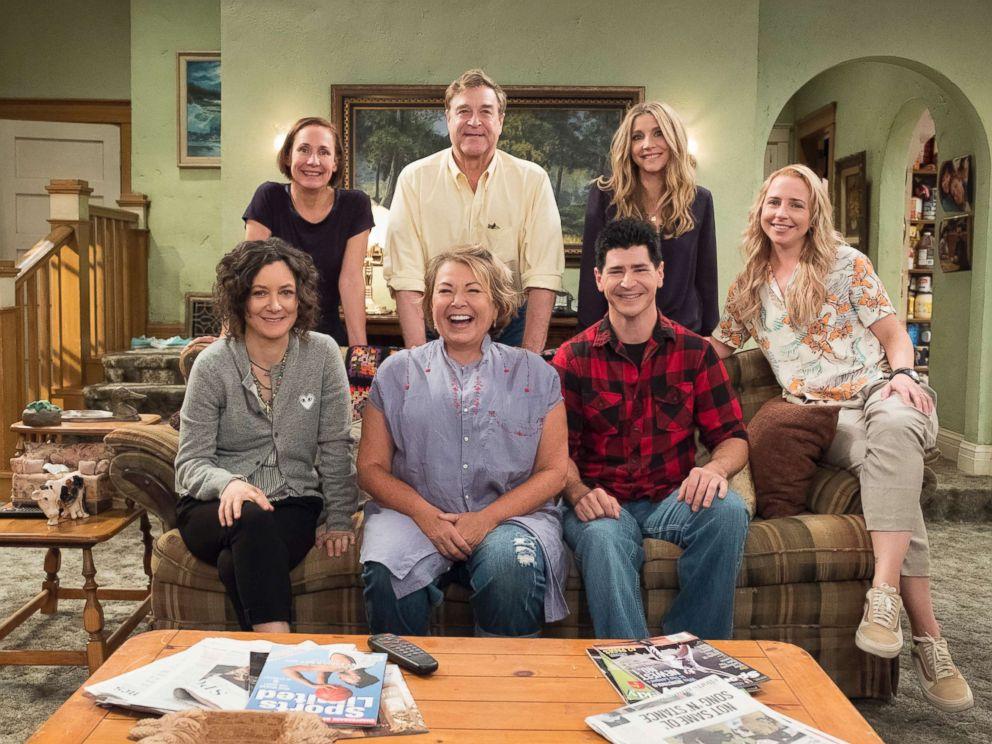 Stop making '24' shows already. We only have ourselves to blame. We all delighted in a show that appeared to be in "real time" and Keifer Sutherland was a total badass as Jack Bauer. However, we did not need seventeen gazillion seasons of it and we certainly did not need a reboot, a spin-off and now, merciful jaysus, a prequel series is rumoured to be on the way. Enough is enough, '24'. 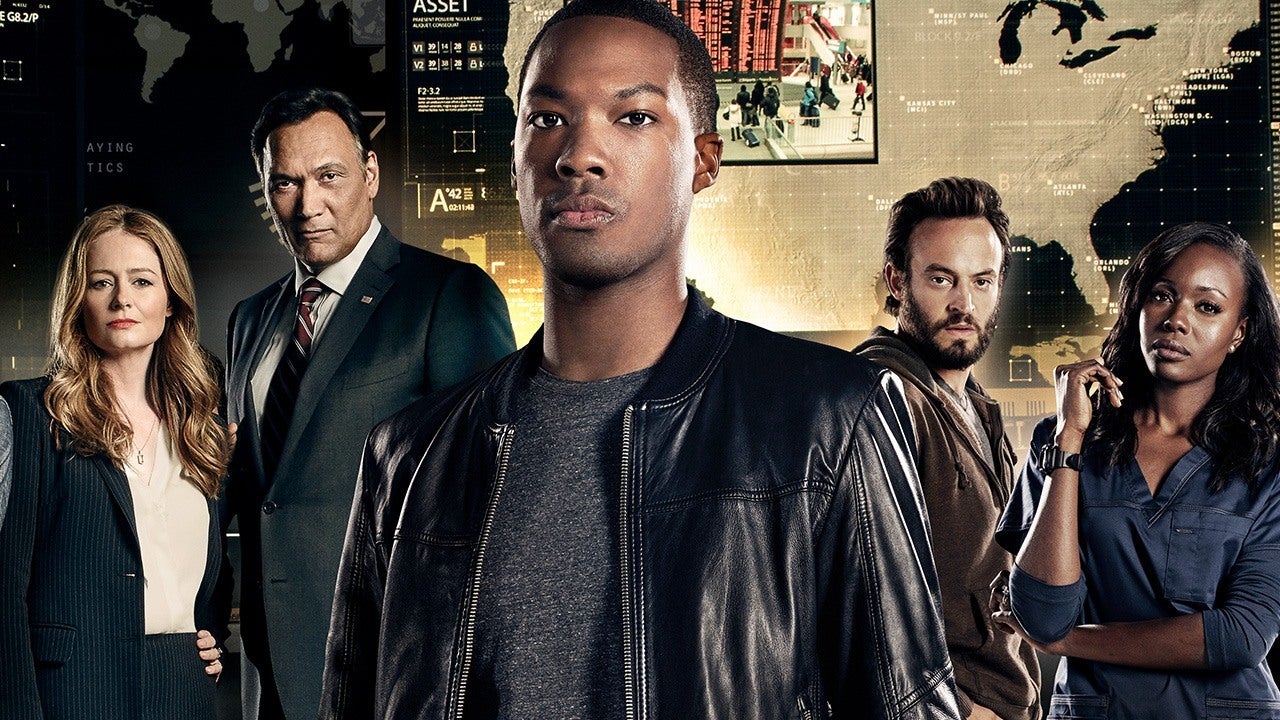 Okay so some people love this show, and in fairness, it can be nice in a wholesome sort of way. It sees the eldest of the Tanner daughters moving back to the family home with a family all of her own. A lot of the original stars drop in from time to time including Bob Saget and John Stamos. It has its moments, but our love for the original 'Full House' is as pure as the driven snow and this one has just never lived up, unfortunately. 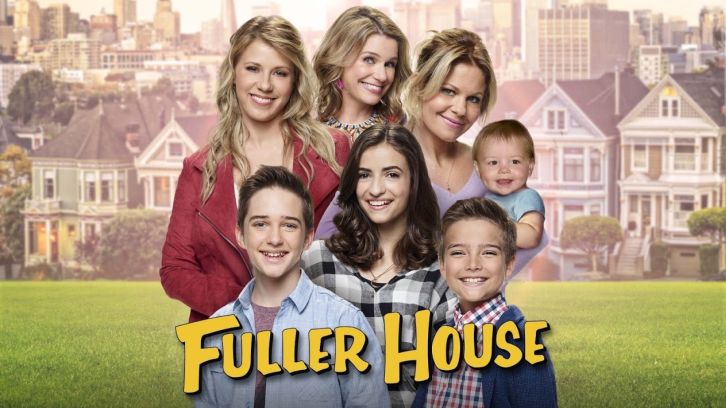 'Murphy Brown' was an Emmy darling during its run and featured the wonderful Candice Bergen in the titular role as a smart, feisty journalist with a load of power suits and delightfully cutting one-liners. To mark the 30th anniversary of the series, Bergen and the original showrunner decided to follow the trend of reboots and bring the show back. A modern-day Murphy Brown tackling the current politic shambles in America? We were curious. However the reboot was just a little too pleased with itself and seemed a little too dated with its sitcom tropes and canned laughter. Low ratings led it to be unsurprisingly cancelled after just one season. 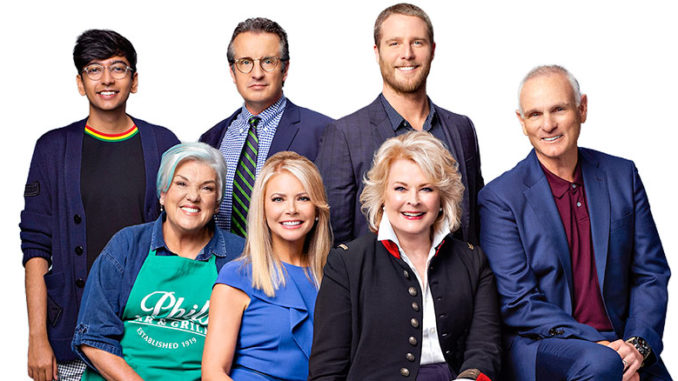 This 2012 MTV version followed another unsuccessful attempt by ABC to recreate the comedy for an American market back in 2008. They brought in some decent talent to make it too, including comedy writer Brad Copeland ('Arrested Development') with Taika Waititi directing the pilot. In fairness, US reboots of British shows have worked well in the past, just look at 'The Office' or 'Veep'. Unfortunately 'The Inbetweeners US' failed to follow suit and was cancelled after one season due to poor ratings and reviews. 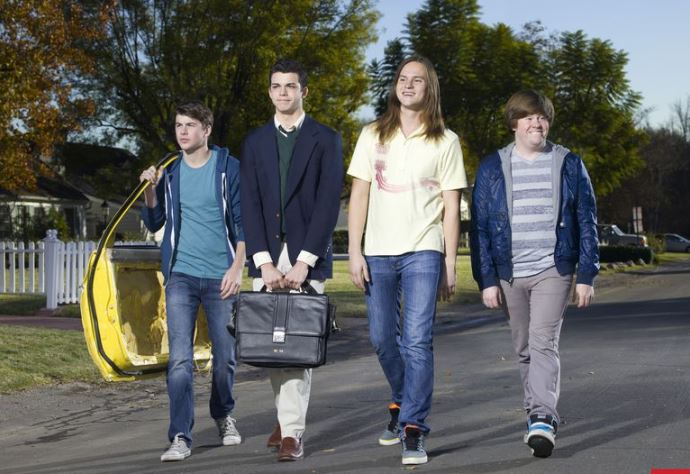 The 10 Best Games of the Decade

20 Best TV Shows of the Decade

20 Best Movies of the Decade

20 Most Iconic TV Characters of the Decade