Review: 'Peaky Blinders' serves up its most open-ended season finale yet

"I will continue until I meet a man I can't defeat"

'Peaky Blinders' is over already for another season, six episodes just isn't enough. Especially when you're taking on the fascists. Things didn't wrap up in the nice little bow they usually do for a season finale of 'Peaky Blinders' but who cares because Alfie Solomons is alive, hurrah!

Usually, in the final episode, all the pieces come together and while it may look like Tommy is the underdog, he has always found a way to take down and outsmart his enemy. From Billy Kimber in season one to Luca Changretta in season 4. Oswald Mosley however, is a different kettle of fish.

This real-life leader of the British Union of Fascists, played by Sam Claflin, could never have been taken down in a one-season arc. This is, after all, the start of the 1930s, where fascism was spreading like wildfire across Europe ultimately leading to Hitler's World War II. Mosley and his fascist rally even proclaim a phrase from Nazi Extermination Propoganda, shouting "Perish Judah", which means "death to Jews". While we all know fascism didn't win the day in Britain, it's a chilling reminder of just how far the influence of this movement went. 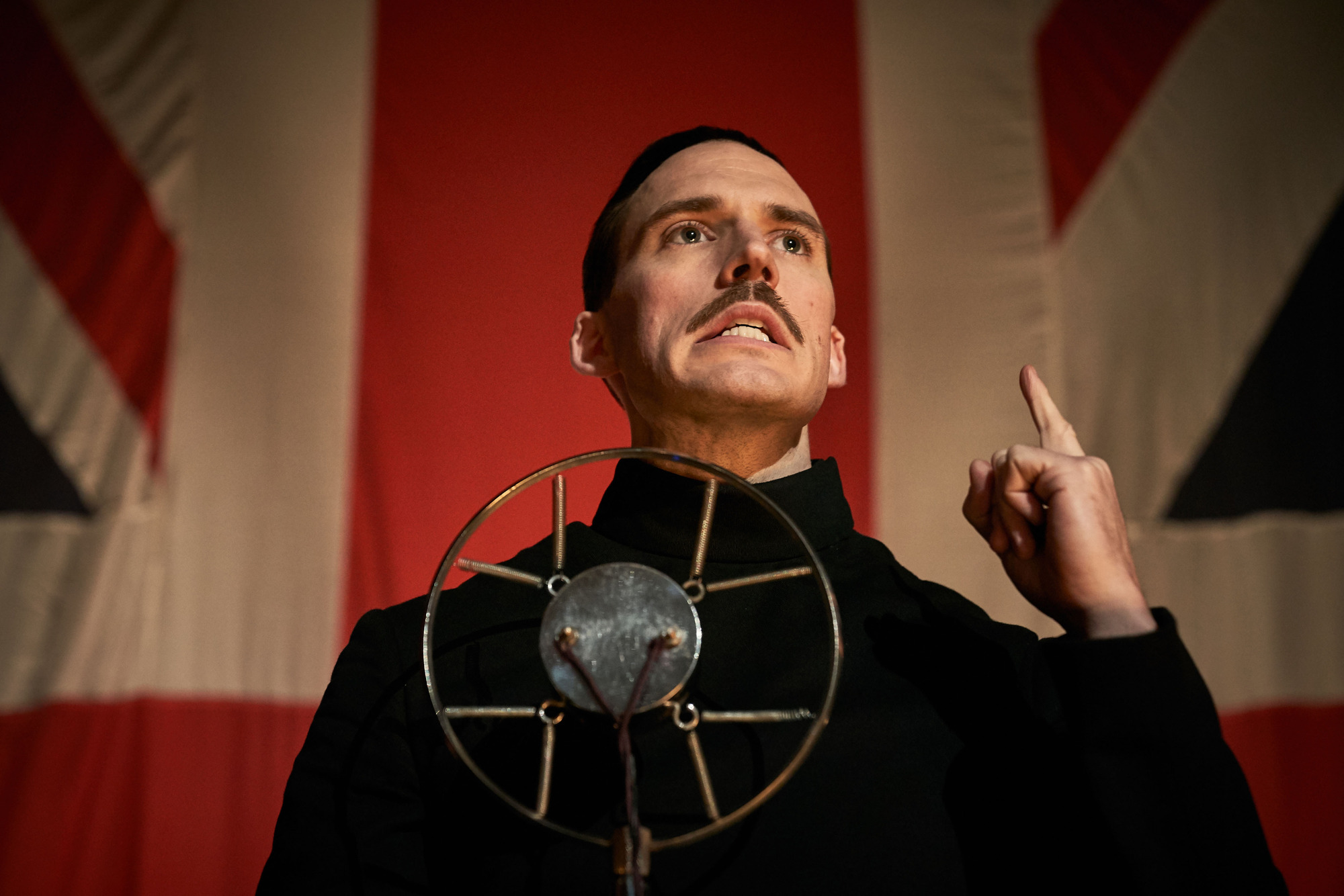 The opening minutes saw Tommy in a room with Winston Churchill (Neil Maskell) for the first time, which was grand and all, but we were far more excited to see him back in a room with Alfie Solomons (Tom Hardy). Yep, Alfie is still alive, which is a bit of a stretch considering he took a bullet to the head in the season 4 finale. But whatever, he's deadly so we're here for it. Tommy asks Alfie's help in getting a Jewish gang to crash Mosley's fascist rally which will serve as a distraction for his assassination.

As plans go, this wasn't Tommy's best. Breaking his army sniper mate out of an asylum also seemed like a risky move, but we actually do have full faith that Barney would have hit his target. (Why wasn't anyone up there with him though? You know, just in case?)

Instead, Tommy's entire plan was ambushed by some masked assailants, who we are assuming responded to that phone call Billy the football fixer dude made after Finn revealed the plan to him. (Or else that's what we're supposed to think...) That fella always looks like he wouldn't say boo to a mouse, so he has likely found himself under the thumb of someone scarier than Arthur Shelby. That didn't work out too well for Mickey the barman though so can't imagine things will end well for Billy either.

Not only does Oswald escape unscathed, but Aberama Gold (Aidan Gillen) gets caught up it in all and ends up knifed to death. Poor Aberama. We thought he fit in quite well with the Peakys, glowering in the background the way he did.

There's also the matter of Michael's "restructuring proposal", which would see him take over the company and Tommy become a silent owner known as Mr. Jones (which was also the title of this week's episode). Tommy has all of no interest in this of course so Michael and Gina decide on the "second option" which will no doubt strike up quite the family drama in season 6. 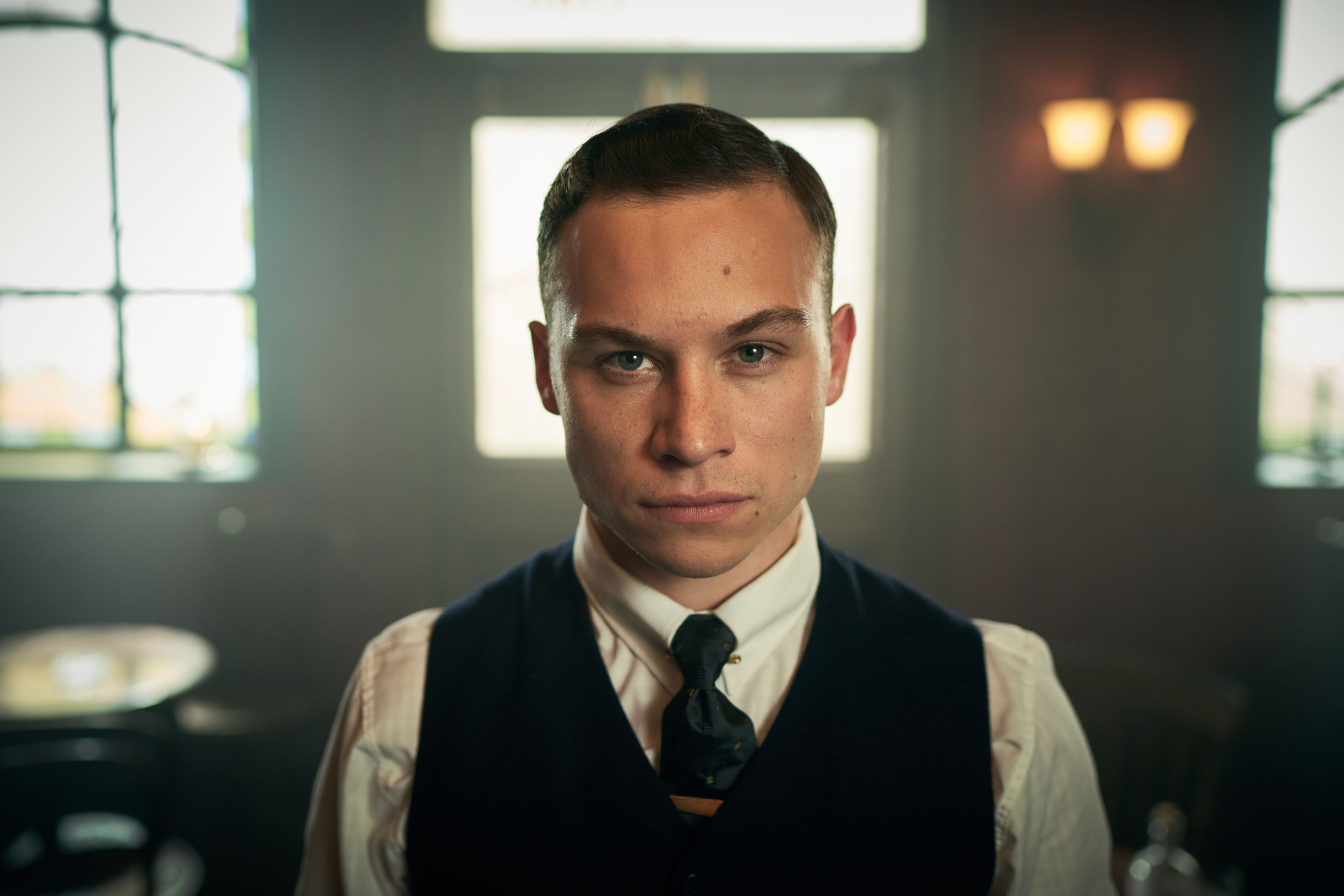 Poor Tommy won't be able for any of it in his state. The failure of the operation to kill Mosley left him reeling, even Arthur was scared for him. "I will continue until I meet a man I can't defeat," is what he told Alfie, but here he tells Arthur that Mosley is that man.

The final moments were given to Tommy walking off into the mist, towards the ghost of Grace, and then putting a gun to his head. We're going to assume he won't pull that trigger but still a dark and disturbing final note for the season to end on. It felt more like a halfway point than the end.

'Peaky Blinders' creator Steven Knight has said the show will be back for at least two more seasons, and that he always saw it as a series "between two wars". Knowing that, we'd imagine Oswald and the fascists will continue to play a huge part in Tommy's life and his fight against them could bring us right to the end of the entire show. What fitting way for our antihero war veteran to go then fighting the good fight against the fascists?

So perhaps not the satisfying ending to season 5 you may have hoped for, but hopefully Knight's decision to play the long game with this will have even more of a pay off for fans down the line.