Episode 3 of Peaky Blinders' fifth season kicked off with a visit to a nunnery where Tommy and Polly were calling out the not so sinless behaviour of nuns who were mistreating the orphaned children under their care. After very firmly making their point, they blazed out of there leaving us all wondering just what exactly the point of that scene was.

Tommy has no time for priests or nuns, we know that from season 3's Father Hughes, so why this whole dazzling display of authority over the church? Things rarely happen for no reason or without consequence in the Shelbys world so we will have to wait and see what comes of this. 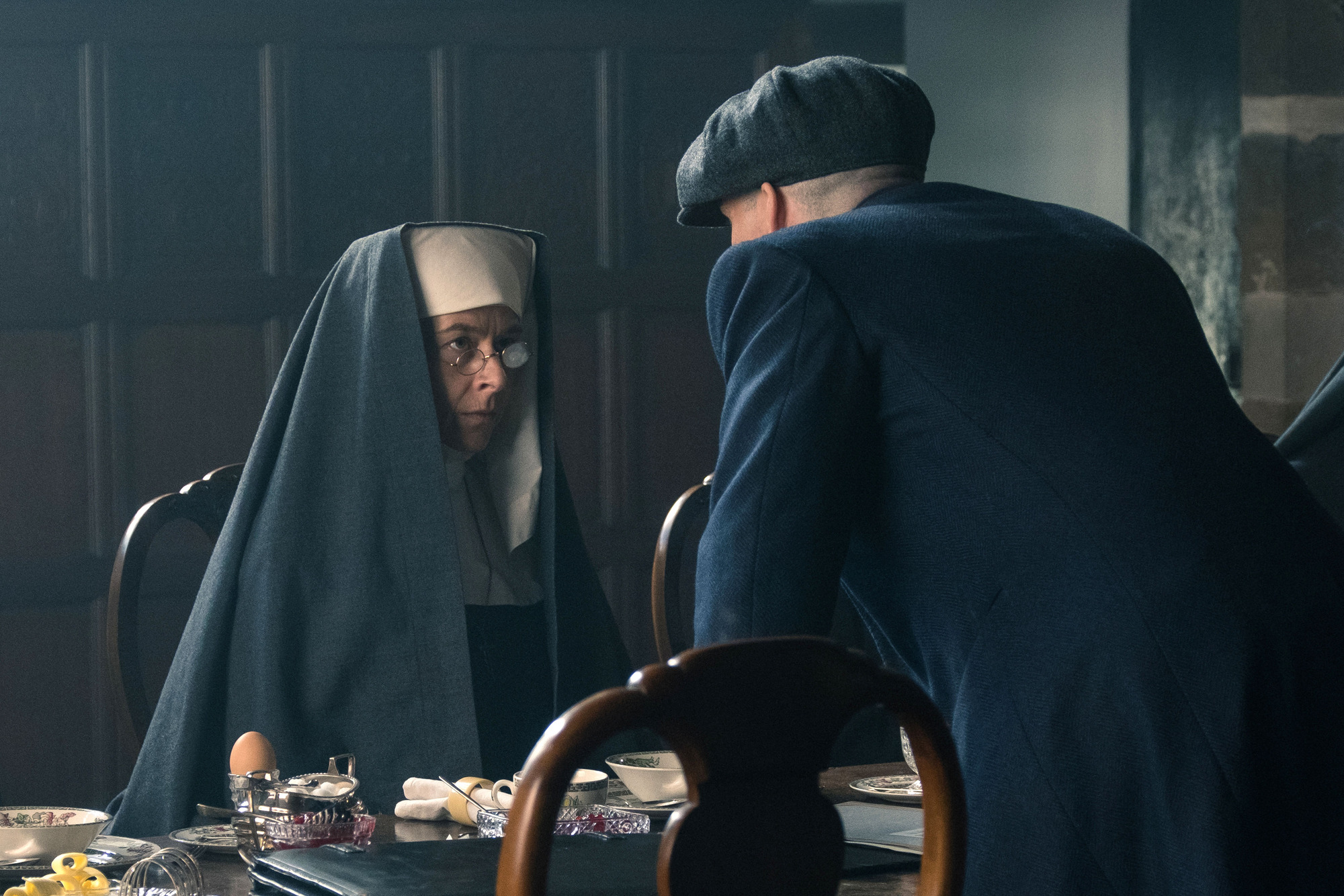 The matters at hand for the Peaky Blinders is the funeral of Bonnie Gold, trying to stop Aberama Gold from avenging his son's death, oh and also, Tommy undermining Michael at every available opportunity. He insists his cousin comes with him and Arthur to London for a meeting with Oswald Mosley with the pair under strict instructions of where to stand and what to do. Tommy visibly takes a deep breath before Mosley arrives, describing him as the "devil" beforehand. Rare to see anyone shake the boots of Tommy Shelby and it doesn't go unnoticed by Arthur. Not really sure Mosley has done enough yet to warrant such a reaction but maybe Tommy knows more than we do.

The conversation sees Tommy question Mosley's involvement with the Billy Boys who tells him he doesn't concern himself with turf wars. Mosley certainly knows how to get under the Shelbys skin too leaving Arthur fit to kill someone for what he says about Linda and her new friend. Mosley's motive for the meeting, however, is to deliver a letter which asks Tommy to be deputy leader of a brand new party, a party by the name of the British Union of Fascists. A real political party that was set up by the very much real Oswald Mosley in the 1930s. Tommy's invitation, as he well knows, is due to his influence in Birmingham, a neighbouring constituency of Mosley's which he intends to use as a stronghold. 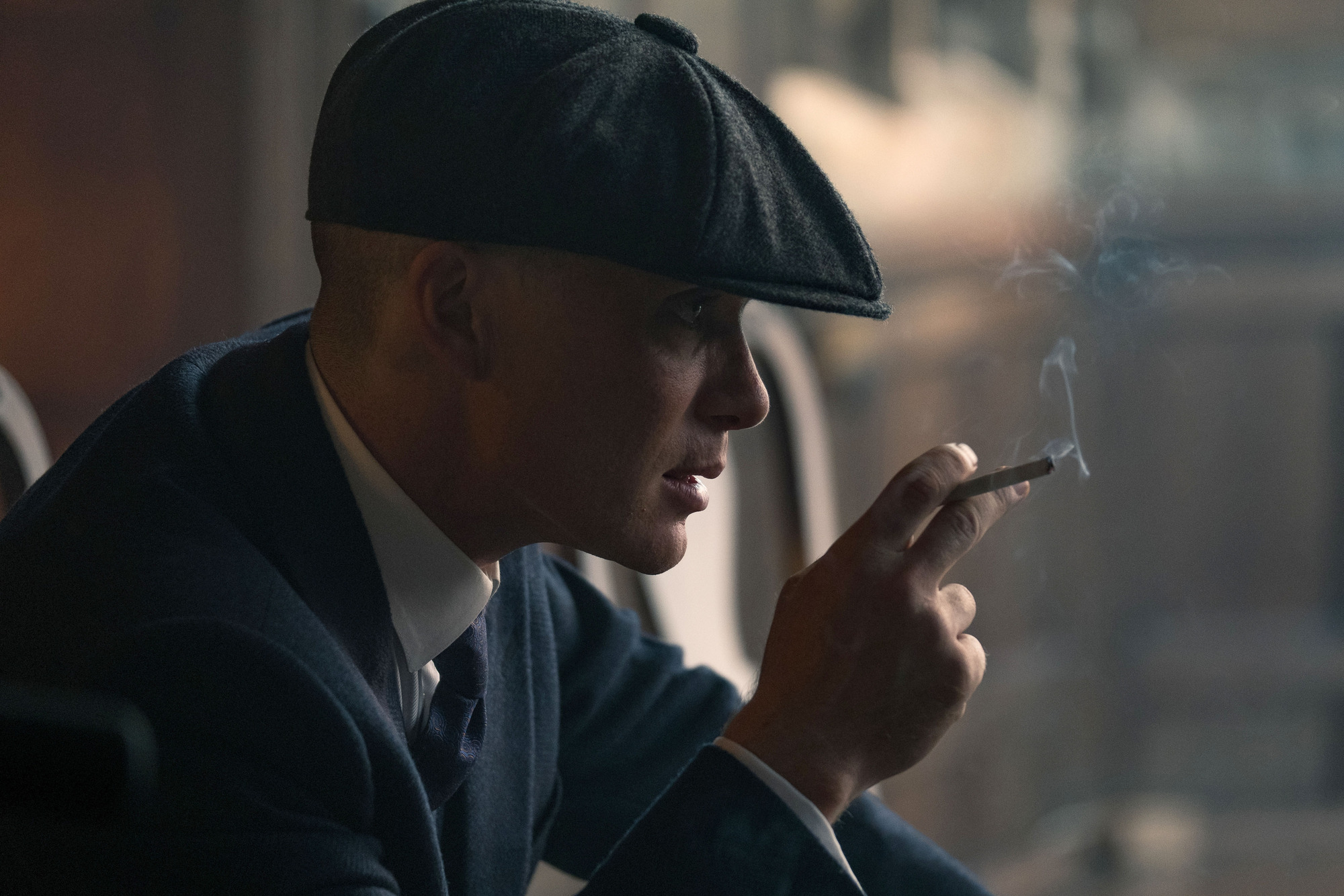 'Peaky Blinders' creator Steven Knight has said previously how he always saw it as a show between two wars, so it's interesting to see how the rise of fascism is starting to creep in. Everything from conversations between the now bigger and bolder Karl and Ben Younger, to Jessie Eden herself not being able to fend off the political ideology from her communist meetings. The Billy Boys clearly also subscribe to it and this whole season seems to be leaning towards a showdown of sorts with fascism.

Tommy agrees to Mosley's offer, secretly under the provision that he acts as an informer to the king over such matters. How well that works out for him remains to be seen.

He also now has an all-out war with the Billy Boys to contend with as Aberama Gold brutally avenged his son's death and Arthur left a grenade behind just to seal the deal. The mad eyes of Jimmy McCavern (Brian Gleeson) left beaming at the prospect of taking down Tommy Shelby.

The episode also featured a crisis of conscience from Linda, Arthur going full Shelby on that Quaker fella as well as Tommy having yet another vision of Grace. As much as we love to see her and all, that can't be a good sign and Tommy's worsening mental health is something that continues to simmer just below the surface with the gang leader.

Lizzie has also depressingly resigned herself to the employee of Tommy despite being his wife, while Bonnie seems to have made a full recovery from last week's beating from Aberama if his shenanigans in Tommy's office is anything to go by. Finally, Polly and Gina had a little bonding time with the latter seeming to think she is some kind of match for Polly. Jog on, Gina.

Villain with a vendetta? Check. Political unrest? Check. A person of authority pushing Tommy's buttons? Check. All the pieces are set and stakes have been raised for what should be a blazing second half of 'Peaky Blinders' season 5.