Two episodes of 'Peaky Blinders' two nights in a row, aren't we the lucky divils? Episode 2, entitled 'Black Cat', was about as tension-filled an episode you could get with possibly the show's best cold open yet.

Tommy was delivered quite the message from his new foes the Billy Boys as a mysterious scarecrow showed up on his land, armed with a message and a load of landmines. The dark and mist filled western-like setting only added to the tension of it, kudos to new director (and Dubliner) Anthony Byrne who is really elevating the show to another level this season with his cinematic shots. The faint call of Charlie in the background and Tommy's instinctive sprint to his son was almost too much to bear.

A phone call back at the house revealed that Michael was being held captive by Jojo from 'Raw'. Ah no, it was only the fab Charlene McKenna herself, one of many Irish actors joining 'Peaky Blinders' this season. (Shout out to Emmet J. Scanlon who also made his debut in this episode as Billy Grade) Her name is Captain Swing and she is clearly part of the IRA and more than willing to put a bullet in Michael's head. 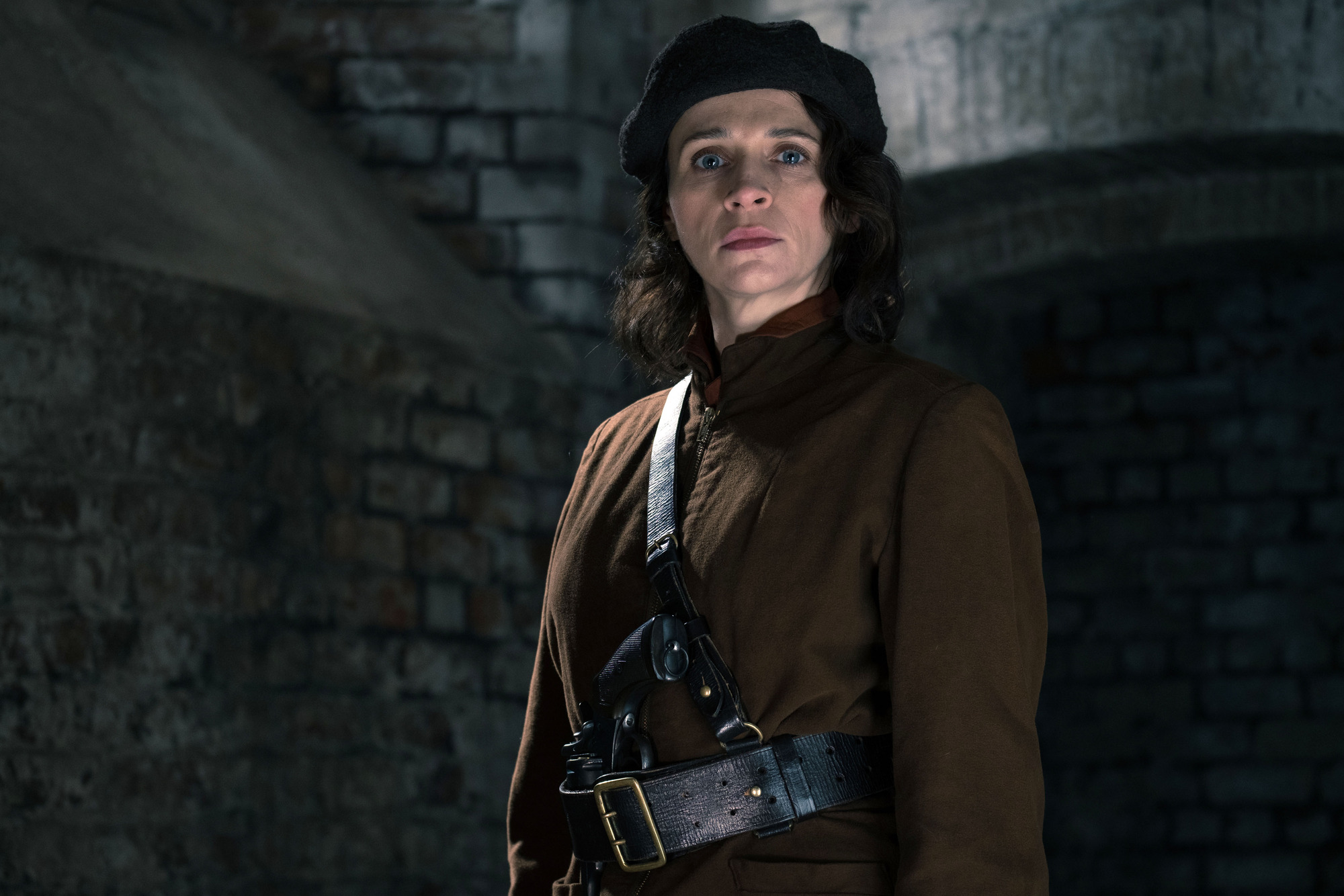 Polly's son, we are told, has been chatting to the Billy Boys and is conspiring against our Tommy as they want his racecourses. We don't really believe Michael would betray the Shelbys like that but now his new wife Geena, she is definitely one to watch.

Tommy is convinced that someone in his midst is a traitor, all thanks to a dream he had about a black cat. His instinct is normally right in fairness but Tommy seems to be going a bit Richard the III on us with his paranoia over somebody "taking his crown". The PTSD from the war has always trembled below the surface with Tommy, rearing its head now and then as it did at the end of season 4. The only time he has ever really come close to any peace was with Grace, but that happiness didn't last long. We never got to see his wedding to Lizzie but you can assume it was one of convenience for Tommy even though she clearly loves him. Telling her he still feels like he is paying her for it though is beyond harsh. If the final moments are anything to go by, Lizzie is getting fed up to her back teeth with Tommy's shenanigans and could soon make like a Linda and get the hell out of dodge.

Back in Birmingham, Michael and his new wife arrive back to the expected interrogation and is it just us or does his coat look too big for him? He brings news of a grandchild as Aunt Polly will soon become granny Polly. No doubt she will still be a hit in Monte Carlo. 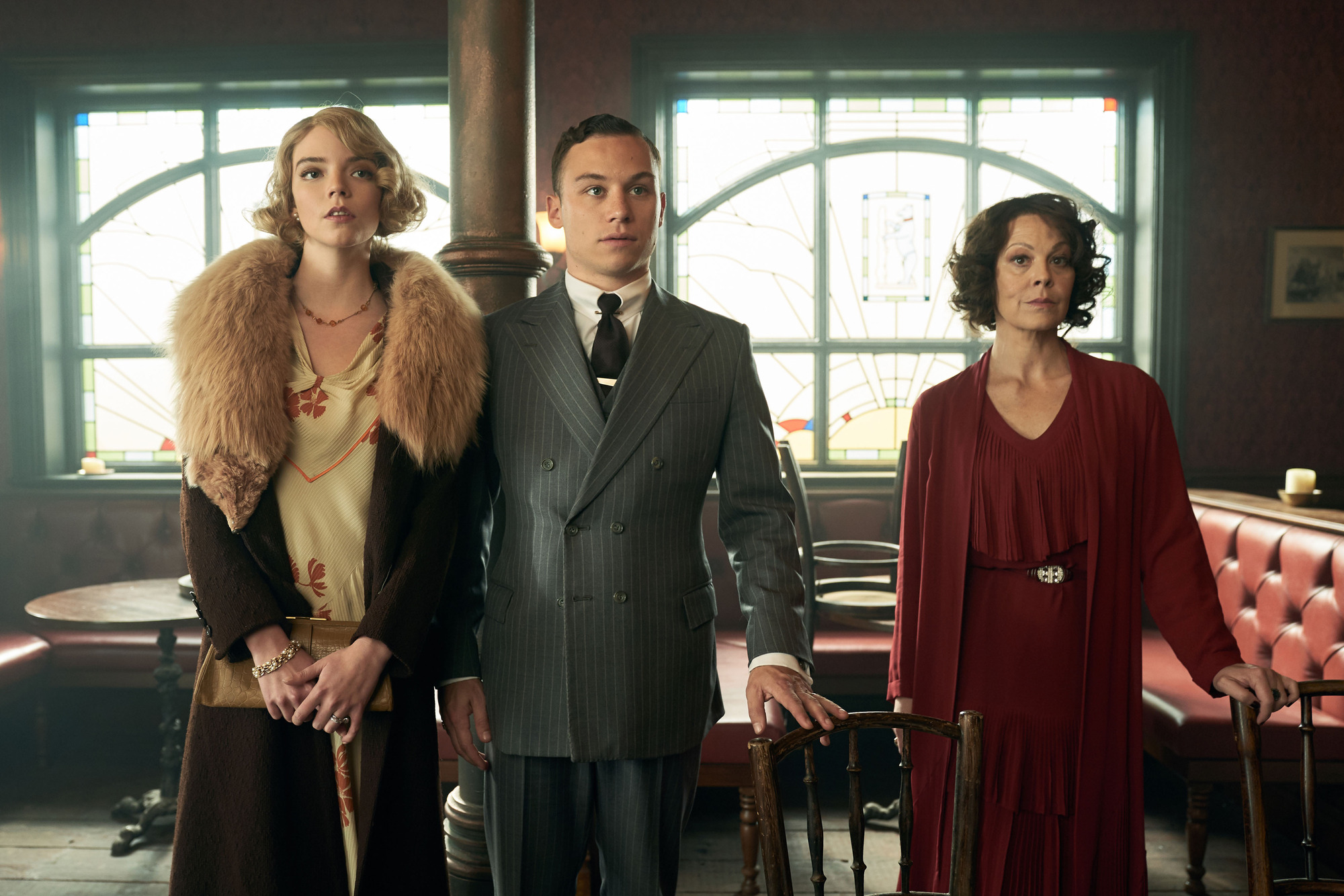 The episode also brought two significant meetings for Tommy. One with a police officer called Stacker who had questions over the murder of journalist Michael Levitt, and the other one with his new political colleague/fascist Oswald Mosley. There was talk of three-day sessions, whiskey and "the Irish Question", which Tommy wryly tells Mosley he has never been asked. There's an offer for a promotion if Tommy were to "begins a dialogue" with certain people in Belfast. Tommy declines but there's certainly more to come with that.

Political problems are the least of his worries at the moment as we finally got a proper introduction to Glasgow's the Billy Boys, who are pretty much the Scottish answer to the Peaky Blinders.  They come with their own song however, Tommy should really get the lads working on some kind of ditty. Maybe Billy Grade can help. We digress. Their leader is played by an almost unrecognisable Brian Gleeson who really holds his own as the 'Mad Dog Jimmy'. Devastated for poor Aberama Gold though to be left without his son Bonnie. Although as grief-struck as he was, there is no excuse for messing with Johnny Dogs who promises Tommy he is "no black cat". Tommy knows that and so do we, but there is definitely one Judas in the ranks...

Whoever it is, we are all in on the Peaky Blinders versus the Billy Boys this season. Of course, we know Tommy will ultimately find a way to outmatch Billy and his gang, as he does with all his enemies... but at what cost?