Here's where you recognise the stars of RTÉ's 'Resistance' from

It's not just 'Love/Hate'

RTÉ's 'Resistance' kicked off last night, the new drama about the events around the Irish War of Independence that is a follow up to 'Rebellion', from 2016.

The opening episode was a little slow as was so busy setting up the storyline for the rest of the series. It did, however, look very impressive and has a great cast, most of which you will probably recognise, but from what?

Watching Irish drama mostly involves muttering aloud: “What have I seen him/her in before?” #Resistance

That seemed to be the main thing troubling a lot of viewers last night, so we've tracked down just how exactly you recognise the stars of 'Resistance'. 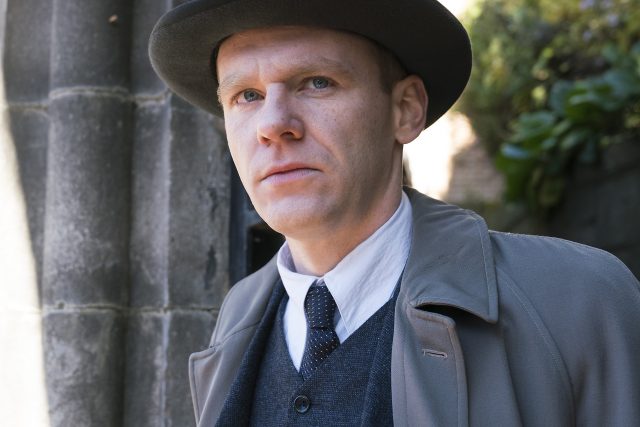 Character: Jimmy Mahon
Actor: Brian Gleeson
How you recognise him: Every Irish TV show from the past five years? Well not quite, but almost. He's a great actor though and one-third of the Gleeson dynasty, so why not. Brian previously starred in 'Rebellion' as Mahon, but also recently played the slimy Wayne in 'Taken Down', while he is Gabe in Channel 4 series 'The Bisexual'. He also starred in season one of 'Love/Hate' back in the day as Hughie Power and has had roles in movies like 'The Stag', 'Phantom Thread', 'Logan Lucky' and  'Mother!' alongside his older bro Domhnall Gleeson. 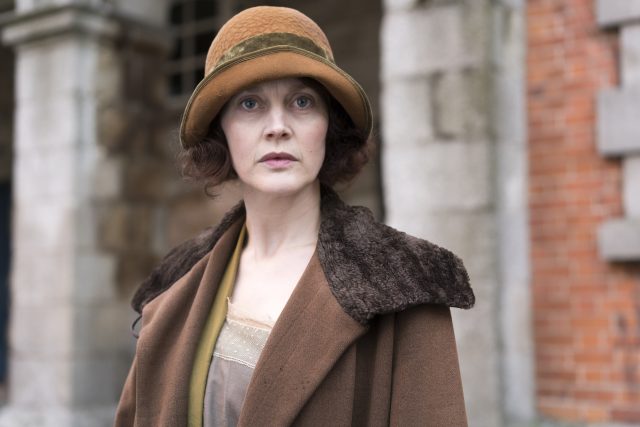 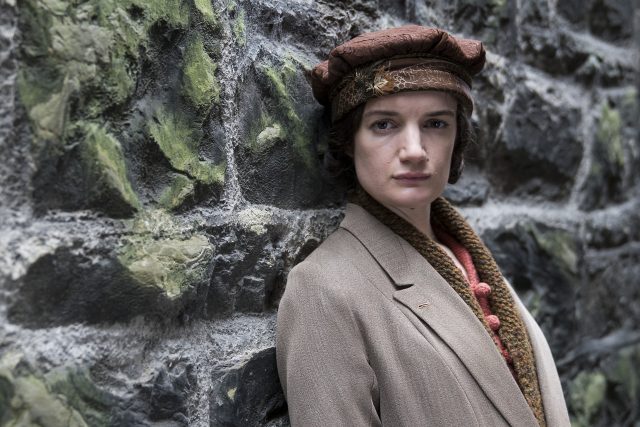 Character: Eithne Drury
Actor: Aoife Duffin
How you recognise her: Aoife is probably most known for her role in 'Moone Boy' as Trisha, as well as Irish movies 'What Richard Did' and 'Behold the Lamb'. Aoife was also highly praised by The New York Times, no less, for her role in the stage adaption of  'A Girl Is a Half-Formed Thing'. 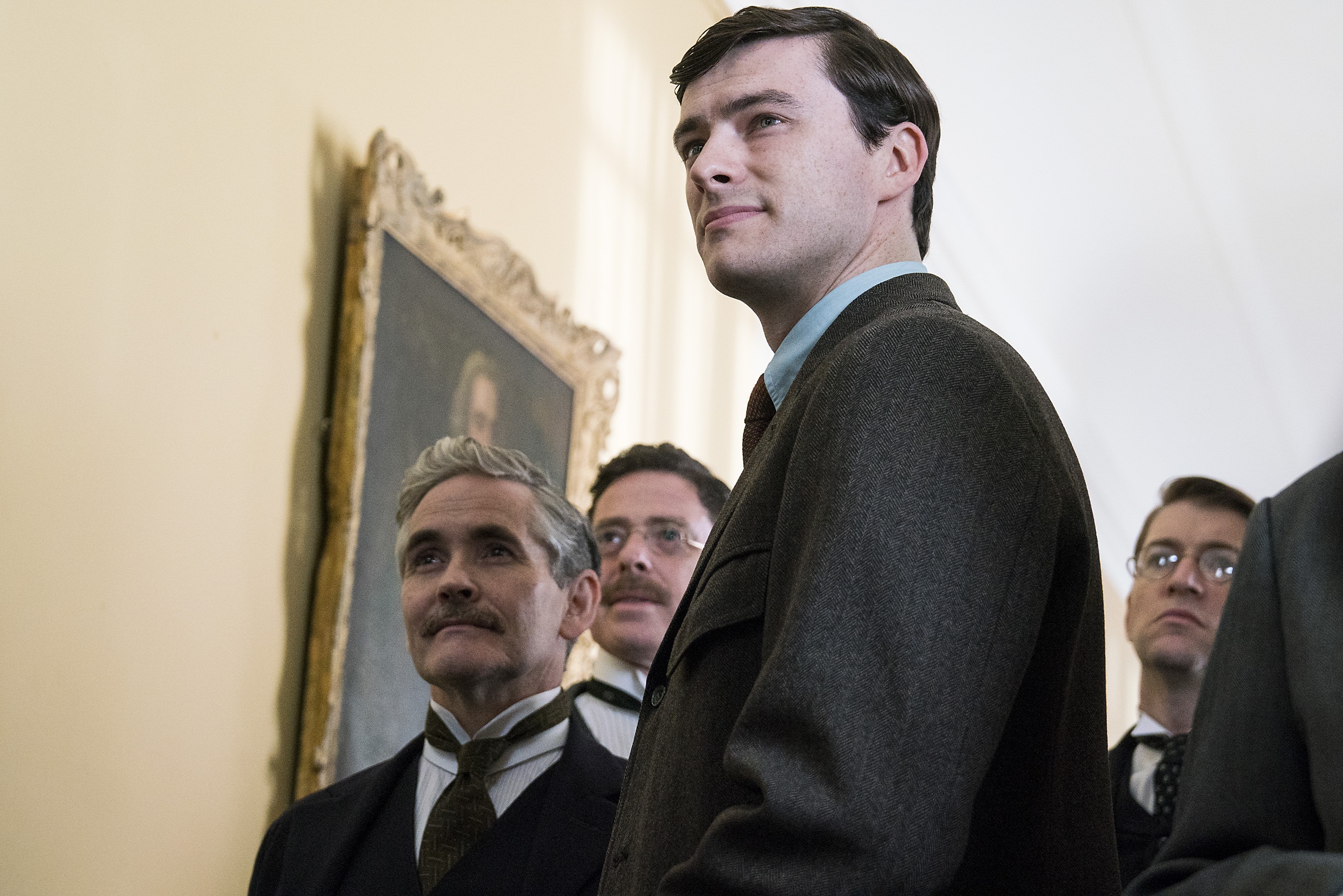 Character: Michael Collins
Actor: Gavin Drea
How you recognise him: You may remember Gavin as Luke from season 2 of 'Love/Hate'. He has also had roles in 'What Richard Did', 'My Mother and Other Strangers' and 'The Alienist'. 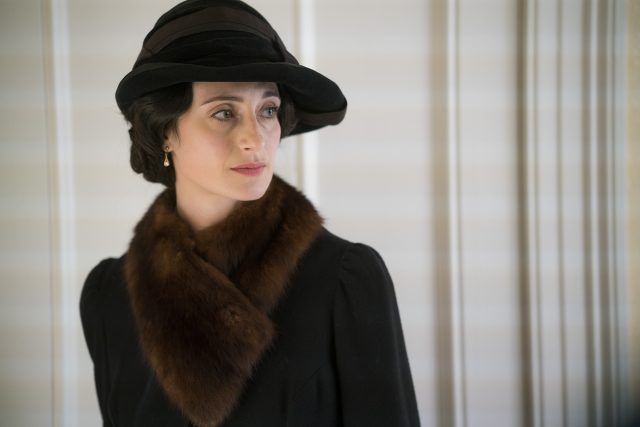 Character: Agnes Moore
Actor: Natasha O'Keeffe
How you recognise her: Natasha played Lizzie Stark in 'Peaky Blinders' and has also had roles in 'Misfits', 'Sherlock' and 'Jekyll & Hyde'. 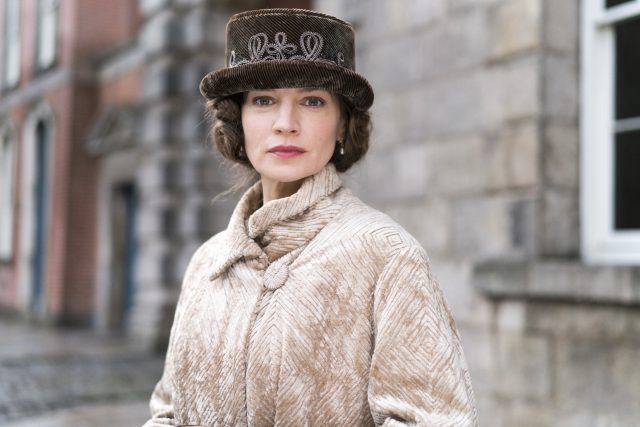 Character: Constance Butler
Actor: Catherine Walker
How you recognise her: Catherine most recently played Audrey in 'Finding Joy' while she also had the role of Deirdre Kilbride in RTÉ's 2017 drama 'Acceptable Risk' as well as Alice in 'The Clinic and appeared in TV series 'Versailles'. Catherine also starred alongside Cillian Murphy in 2018 flick 'The Delinquent Season'. 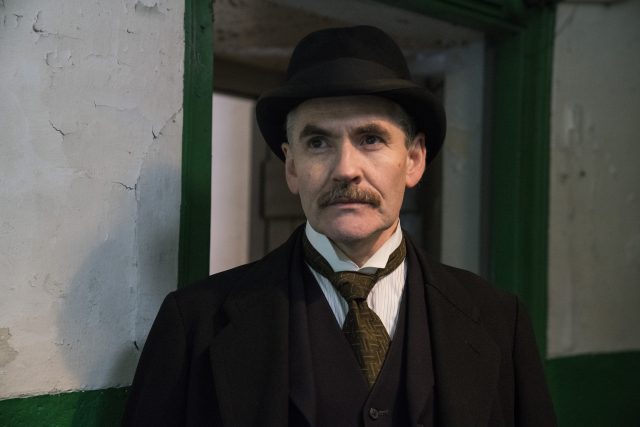 Character: Maurice Jacobs
Actor: Fergal McElherron
How you recognise him: Maurice played Albert Reynolds in RTÉ's 'Charlie' while he has also had roles in 'King Arthur: Legend of the Sword', 'This is England', and 'The Truth Commissioner'. 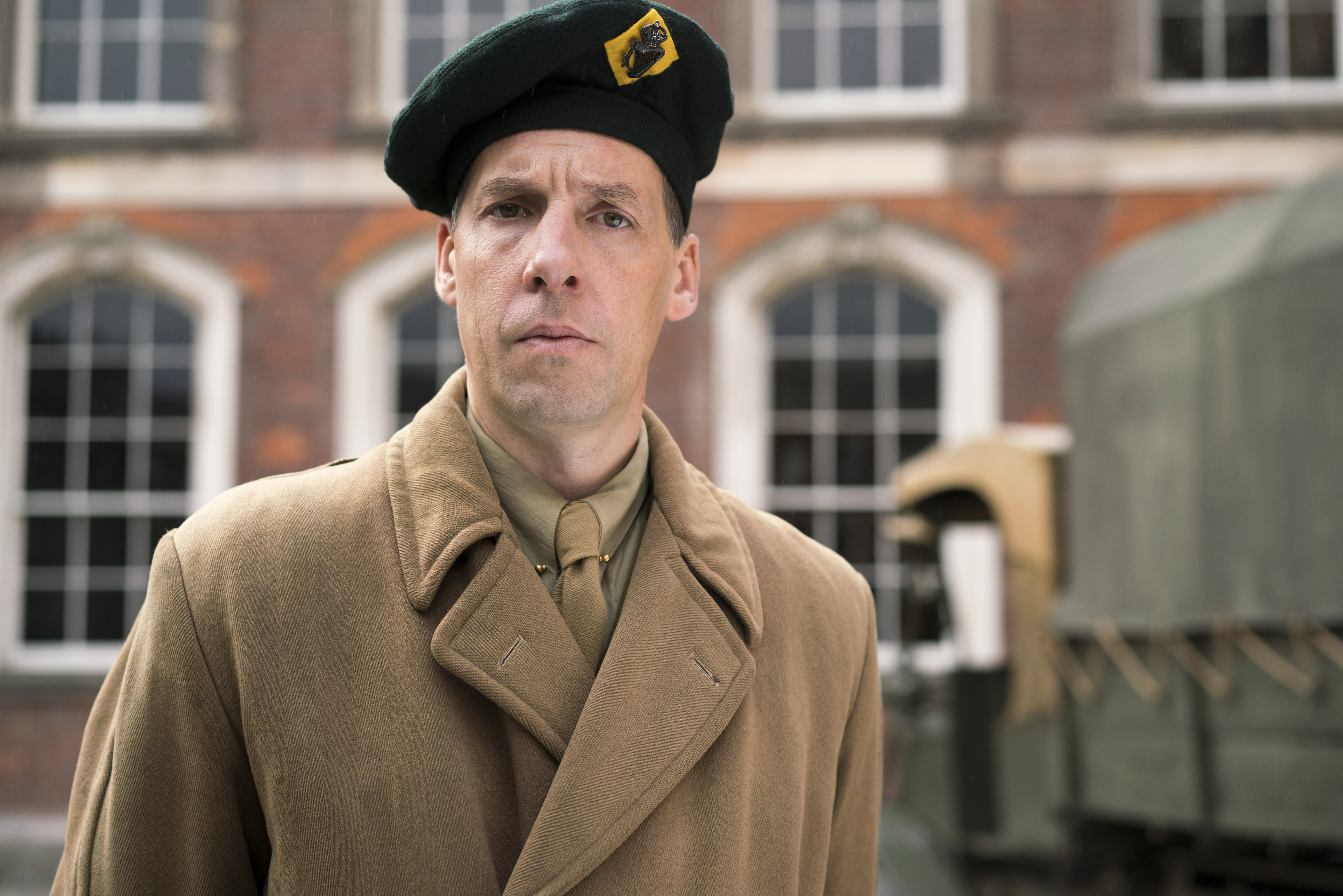 Character: Captain David McLeod
Actor: Craig Parkinson
How you recognise him: You will most recently have seen English actor and podcaster Parkinson in 'Black Mirror: Bandersnatch' where he played Peter Butler (the dad) while he also was the voice of Sergeant Sainfoin in BBC's 'Watership Down'. As well as that, he has also appeared as Shaun in the E4 series 'Misfits', the twins Jimmy and Johnny Kray in the ITV series 'Whitechapel', and DI Matthew 'Dot' Cottan in BBC Two's 'Line of Duty'. 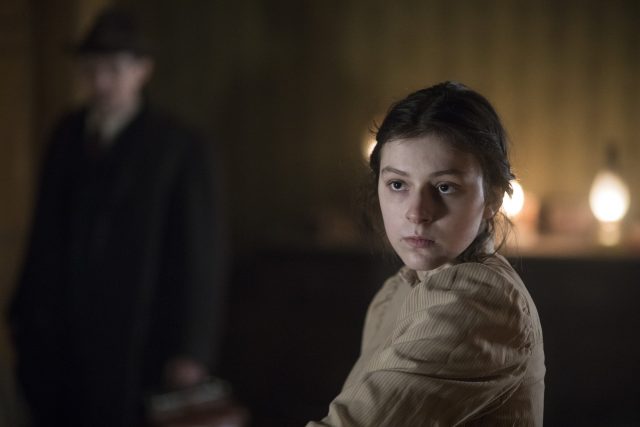 Character: Minnie Mahon
Actor: Jordanne Jones
How you recognise her: Jordanne also played Minnie in 'Rebellion' while she led the cast in 2014 Irish movie 'I Used to Live Here'. 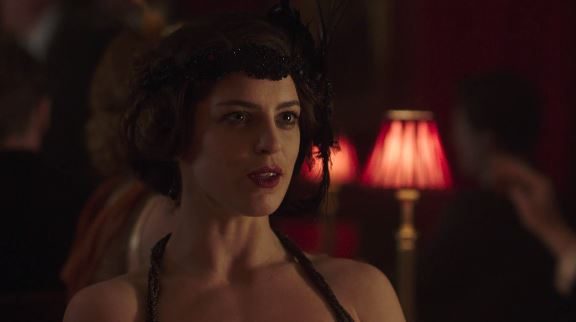 Character: Josephine Carmichael
Actor: Aoibhinn McGinnity
How you recognise her: 'Love/Hate' of course. Aoibhinn was Nidge's better half Trish on the show while she has also had roles in 'Nightflyers', 'The Drummer and the Keeper', 'Moone Boy' and 'Trial of the Century'. 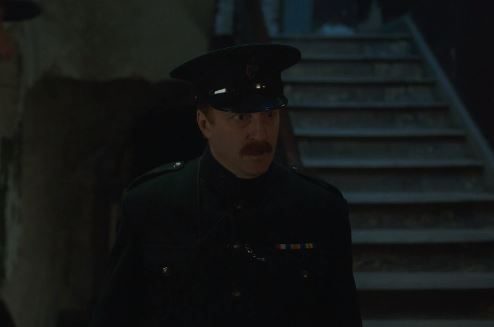 Character: Patrick Mahon
Actor: David Wilmot
How you recognise him: Everything from Oscar in 'Intermission' to Sgt. Donald Artherton in 'Ripper Street'. David has also had roles in 'The Alienist', 'The Tudors', and 'Vikings'. 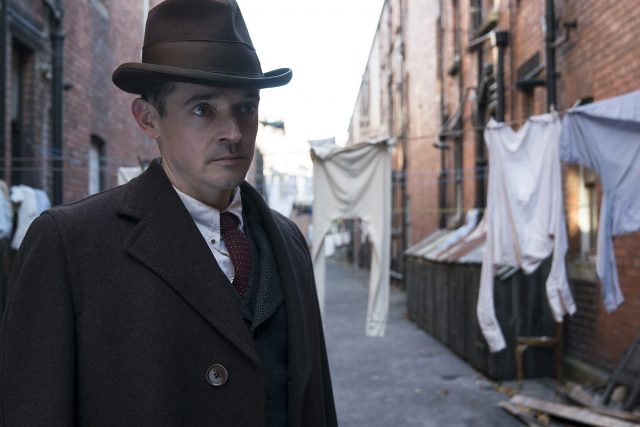 Character: Dr. Lawrence Moore
Actor: Hugh O’Conor
How you recognise him: Hugh was the stag from 2013 Irish movie 'The Stag' and has also had roles in the likes of 'The Fall', 'Ripper Street', 'Moone Boy' and countless other Irish TV and film productions. 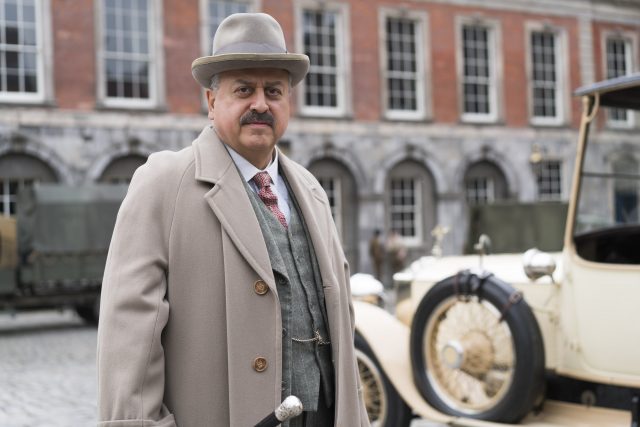 Character: Senator Daniel Shea
Actor: Stanley Townsend
How you recognise him: Stanley was most recently seen as Joy's dad in 'Finding Joy' on RTÉ, but he also known for his roles in 'Ballykissangel' and 'Rough Diamond' as well as appearances in 'Sherlock', 'Call the Midwife and 'New Tricks'. He also notably starred as Saddam Hussein in the one-off drama 'Saddam's Tribe' while he co-founded the Rough Magic Theatre company. 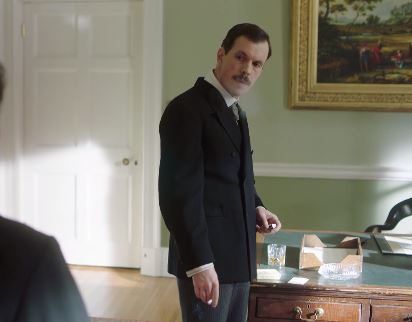 Character: Harry Butler
Actor: Michael Ford-FitzGerald
How you recognise him: Another face we know from 'Rebellion', Michael has also had roles in 'Pure Mule', 'Ripper Street', 'Leap Year',  and 'The Lost City of Z'.