12 of the Best Irish Female TV Characters Ever

Our favourite ladies of Irish television past and present

Happy International Women's Day one and all. To celebrate, we thought we would acknowledge some of the best female characters to grace our screens here on our little island - some are iconic legends of Irish television while others are currently making their mark, but all of them are superbly talented ladies we are glad to call our own.

We may as well start with the original matriarch of them all. Biddy Byrne was an absolute staple of Irish television from 1983 until her untimely demise on 'Glenroe' in 2000. One half of the farming power couple that was Biddy and Miley, she was one hell of a lady, who knew her way around a milking parlour and was well able to handle any 'Glenroe' resident who dared cross her path. We STILL can't believe Miley ever looked at anyone else. 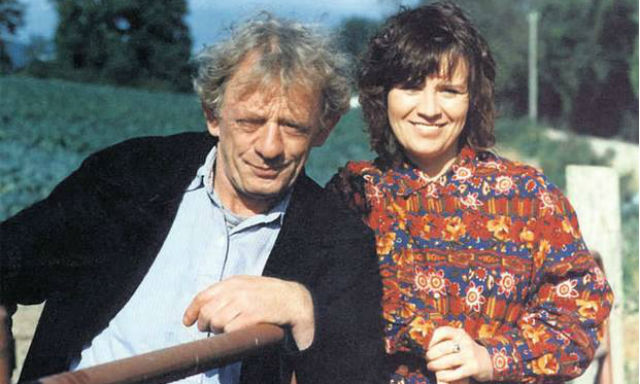 Okay, okay, OKAY.  We know this is four people but look, it was a difficult task trying to choose which Derry Girl should make it into this list because they are all hilarious and talented and each brings something unique to the cast.  The wee English of course too but this list isn't about the fellas. 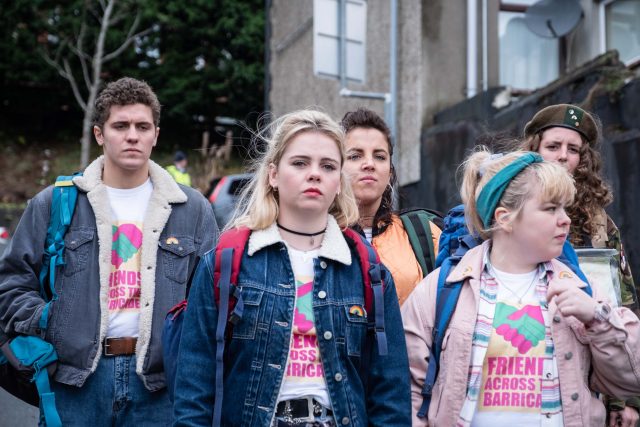 The feisty Nicola Brennan has always known how to stir things up in Carrigstown between her affairs, manipulating Paul, and going head to head with her resident frenemy and real-life bestie Niamh (Clelia Murphy). Oh and sidebar, Carroll is also a best-selling author with thirteen novels published. 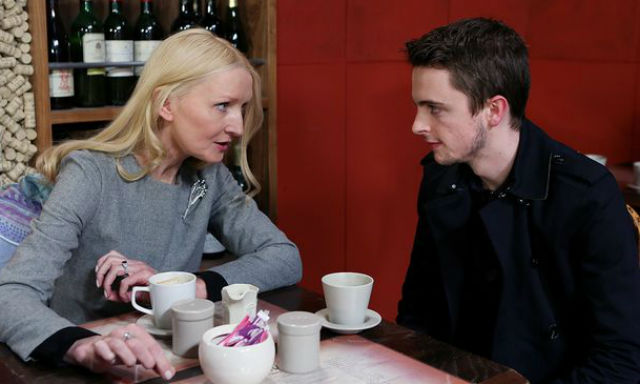 Unfortunately, 'Raw' finished up on RTÉ a few years ago, but for five seasons we were glued to this restaurant drama and while it was a great cast, it was the antics of JoJo that hooked us in. The drama for the young sous chef went beyond the kitchen with a complicated love life that involved falling for her best friend, then meeting the man of her dreams, then said best friend falling for her. Sure stop, we couldn't keep up. JoJo was a force to be reckoned with throughout and that's down to the acting chops of one Charlene McKenna who has since gone on to star in BBC and Amazon's 'Ripper Street' and 'Death and Nightingales'. 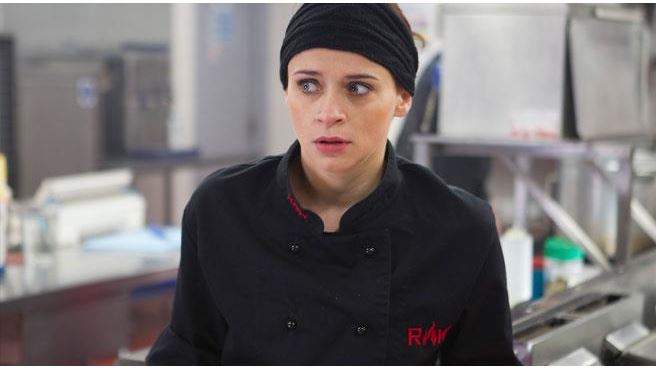 While there were some damn great women in 'Love/Hate' throughout, it was Siobhan that was undoubtedly the most compelling to watch. Her relationship with Tommy provided its ups and downs, but it was season three when Siobhan really came into her own when her character was forced to deal with a rape and the subsequent murder of her attacker. Harrowing scenes to watch but Murphy's ability to convey the raw emotion of it, guaranteed that 'Love/Hate' would only be the first steps of a long career. 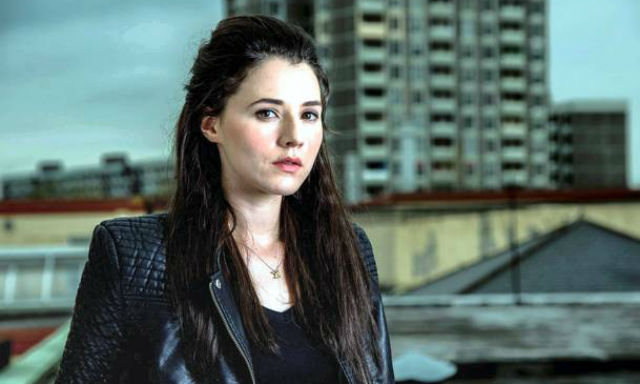 We just couldn't choose between these two ladies as both are undoubtedly the heart of TV3's soap Red Rock. While set in a police station, it's the troubles of the community between rival families the Hennessys and the Kielys that's the real cause of drama, and no better women than Patricia and Bridget to lead their clans. We would not want to ever get on the wrong side of either of these two. 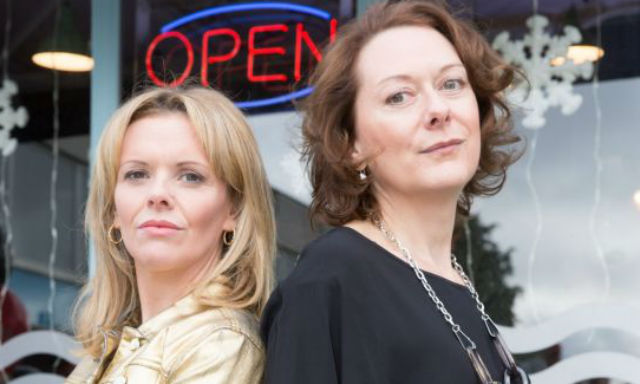 One-half of Ireland's favourite '80s mammy and daddy, Bridget is a woman known for her choppy-changy hairstyle, her chain-smoking, and of course the long-suffering wife of Eamon (Bernard O'Shea). Bridget is played by the talented Jennifer Zamparelli (formerly Maguire) who first made her mark on 'The UK Apprentice' before heading home for a gig on 'Republic of Telly' to mainly torture celebs with awkward questions on the red carpet. As well as playing the part of Bridget, Jennifer co-hosts 'Dancing with the Stars' and 2fm's Breakfast Republic. She's some woman, as Bridget might say. 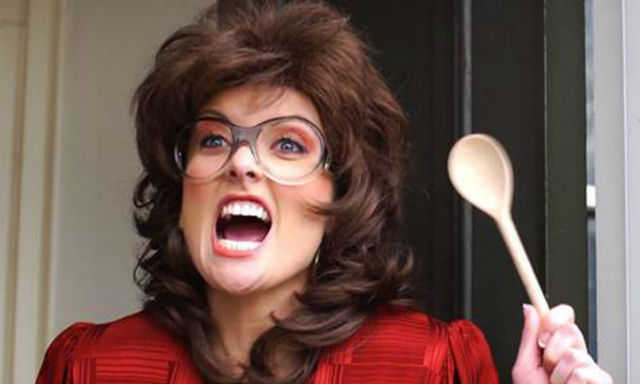 Another great Irish drama that is sadly off our screen now is 'The Clinic', and long before Amy Huberman ever became Mrs Brian O'Driscoll, she was winning over viewers as bubbly receptionist Daisy. The cousin of clinic owner Cathy, it may have been good old-fashioned nepotism that got Daisy the gig, but there really was no better woman for the job. You never really knew what Daisy was going to come out with and as we've seen from the hugely talented actress since, you can always rely on Amy Huberman for good comedic delivery. 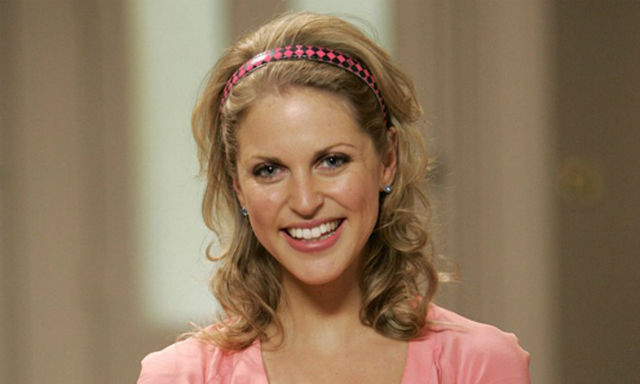 That parochial house on Craggy island just wouldn't have been the same without the most hardworking housekeeper in Ireland, Mrs Doyle. If she wasn't making tea, she was convincing you to have a cup, and nothing could have got in the way of her devotion to those three priests. Except maybe a milkman... or Eoin McLove, but other than that. It's hard to imagine anyone other than Pauline McLynn playing the unforgettable Mrs Doyle, and it's worth remembering she was only in her early thirties at the time. 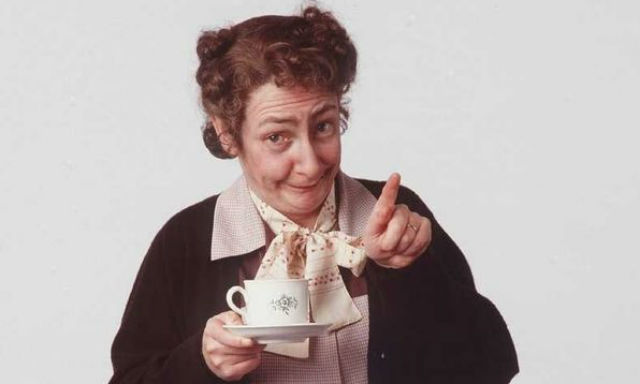 It was always going to take one hell of a strong woman to keep order in the Moone household - between Debra Moone's hapless husband, her sulky teenage daughters and of course Martin and his imaginary friend Chris O'Dowd - she certainly has her hands full. While it's not often she takes centre stage with the overactive imagination of Martin to contend with, this staunch Mary Robinson supporter is the perfect comedy 'straight man' to all the rest of the Moone madness. And sure we've always liked Deirdre O'Kane ever since she stormed across the football pitch in her nightie to tackle her cheating husband in Intermission. Deirdre can currently be seen impressing on the dance floor on the current series of Dancing with the Stars on RTÉ One. 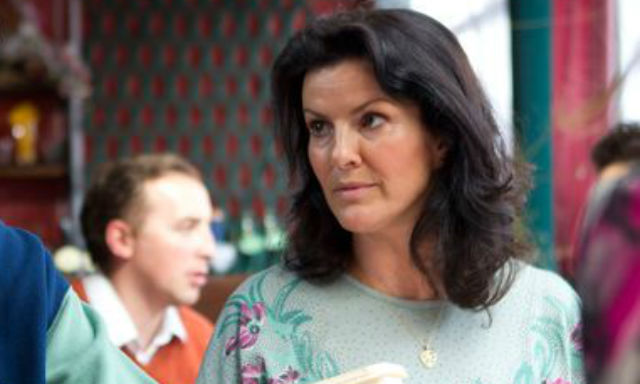 Yes, it's not exactly an Irish show but its star and one-half of its writing team is Sharon Horgan so we can claim it.  Sharon and Rob's rollercoaster of a relationship in 'Catastrophe' has won over viewers all over the world with Horgan and Rob Delaney winning a BAFTA for the series as well as earning an Emmy nomination. Horgan previously made a name for herself for her role and writing in British comedy 'Pulling', and is also currently leaving her mark stateside as showrunner and writer for Sarah Jessica Parker's HBO show Divorce, while she starred in comedy Game Night alongside Jason Bateman and Rachel McAdams. 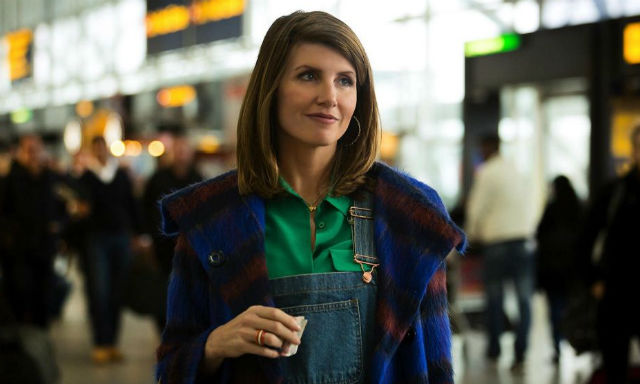 The long-suffering mother to Conor in 'The Young Offenders', Mairead is played by the wonderfully talented Hilary Rose. Between dealing with the fallout from Jock and Conor's shenanigans to working in the fish stall at the English Market, poor Mairead rarely has a reason to smile but Rose has mastered the role of the grumpy yet endearing single mum. You probably recognise Hilary Rose from winding up folk with her characters in the likes of 'Republic of Telly' and 'The Fear', and no doubt there is plenty more to come from the actress. 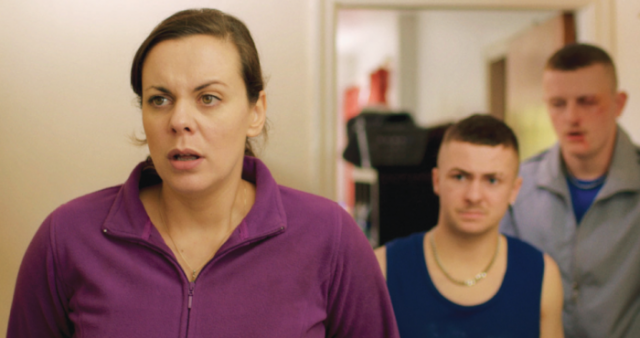