Don't throw your old tape collection away just yet

Vinyl has enjoyed a serious resurgence in recent years amongst music fans, but who could have predicted that cassette tapes would do the same?

Those of us who are of a certain age will remember not only the crap audio quality of tapes, but the agonising inconvenience of having to rewind or fast-forward through songs you didn't want to listen to. And let's not mention the infuriating ribbons of tape getting caught in the spools.

While there is a certain sentimentality attached to that era, most people would be happy to leave their tape collection collecting dust in the attic - which makes the news that cassette sales have hit a 15-year high all the more astonishing.

Robbie Williams' recent Christmas album 'The Christmas Present' was the fastest-selling cassette album since 'Now 52' in 2002. Other artists, including Coldplay and Liam Payne, have also issued their recent albums on cassette. 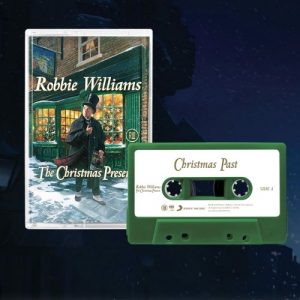 And although cassettes still account for a minute proportion of total music sales (0.1%), their popularity is growing.

Gennaro Castaldo of the BPI attributed the interest in cassettes to music fans' nostalgia.

“They clearly have some way to go before they can come anywhere close to matching the revival in demand for vinyl that we have seen in recent years," he said. “That said, driven by popular soundtracks to films like Guardians of the Galaxy and various artists, such as The 1975, Kylie and, this just this Christmas, Robbie Williams, sales are at their highest level in more than a decade.

“There is still a love out there for analogue and the format’s retro appeal and Eighties nostalgia is arguably helping to make it cool again. Cassettes appeal to collectors and music enthusiasts and seem to be playing their way back into affections and into our popular culture.”

What do you think - would you buy a new album on cassette, for old time's sake? Or is it a music format best consigned to the bin?

If you're a fan of classic 1980s movies, you'll love the new Jonas Brothers video