Yes, there was a water bottle in the final episode of 'Game of Thrones'

After the infamous 'Starbucks' cup from the fourth episode of 'Game of Thrones', you'd think that there might have some due care or attention put to the idea of leaving items in shot.

Right? After all, it caused such a fuss that maybe, just maybe, it might be worth skimming the final episodes for another goof.

Well, obviously, that didn't happen because people could see a water bottle - yes, a plastic water bottle - in a shot in the final episode of 'Game of Thrones'. While nowhere near as blatant as the Starbucks cup, it's still... there for all to see.

In the scene where Tyrion is brought before the remaining leaders of Westeros, you can just about see it behind Samwell Tarly's leg.

Here's the scene in question, as caught by someone on Twitter.

a water bottle in King’s Landing!! #got #gameofthrones pic.twitter.com/mwGQlsLwnh

And just because it may not have been clear enough, here's a screenshot of that scene in HD. Here's the moment it appeared. 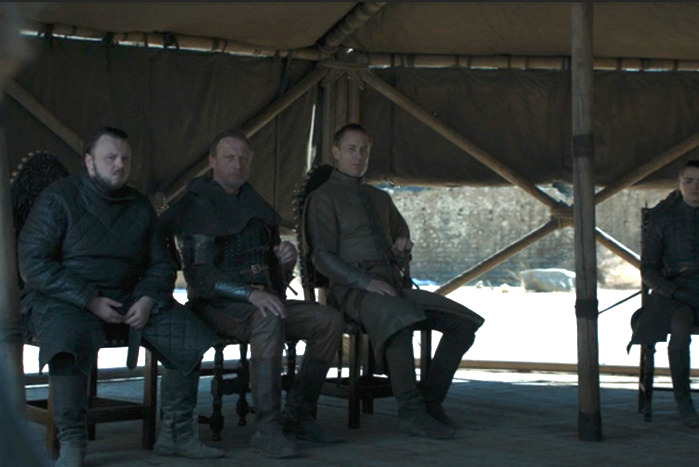 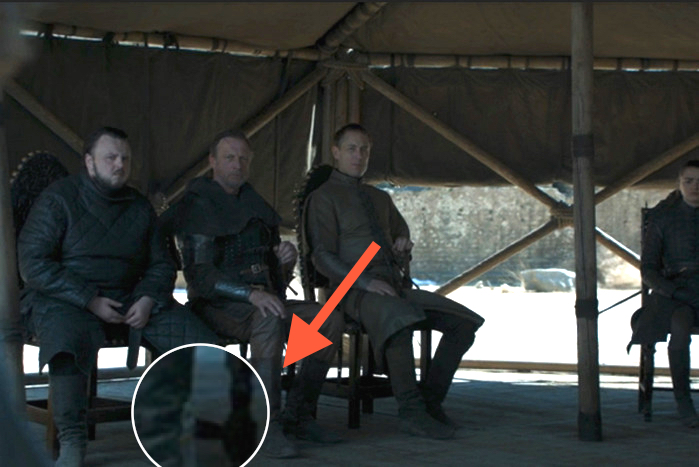 Again, not quite as obvious as a Starbucks (it wasn't actually a Starbucks cup, but whatever), yet nevertheless, it's clearly there where it shouldn't be.

Maybe that petition had the right idea, if for nothing else it can make sure this type of thing doesn't happen again.

Looks like there's a 'Wagatha Christie' TV adaptation in the works