We are over three weeks into 'Love Island' and longterm fans of the show will know it will soon be time for a visit to Casa Amor. This is where all the boys get carted off to a brand new villa for a few days where a whole new bunch of girls join them, while a brand new batch of fellas arrives to keep the girls company.

The few days are the ultimate test in head turning and many a couple have not survived. This year however they have one twist in store and it's fab. This series it will be the girls that will be going to Casa Amor for the first time ever. 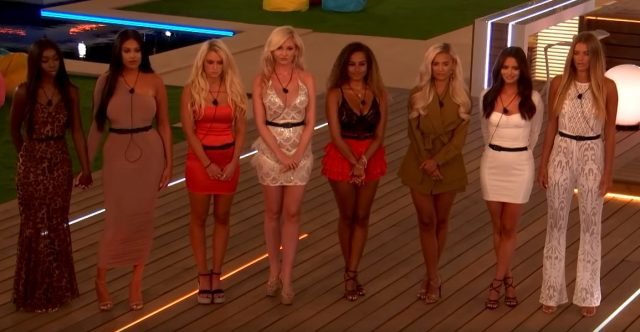 A TV source told The Sun: "In an epic plot twist the female Islanders will head to Casa Amor while the boys stay put at the main villa.

"The finer details are still being discussed with producers but the plan is for all the Islanders to leave the main villa in four Land Rovers.

"The girls will travel to Casa Amor but the boys will be redirected back to the villa."

We are hoping there is some delightful bloke waiting in that villa for our Maura from Longford, 'cos let's face it, Tom's not good enough. It will also be interesting to see if Arabella's head will be turned after what went down with Danny and Yewande. And could Lucie finally get her surfer? We'll have to wait and see.

There's no official confirmation of when Casa Amor is happening yet but we'd imagine it will be sooner rather than later.

Can you finish this quiz about 'The Simpsons' in under 60 seconds?

There's an official 'Friends' cookbook on the way (and yes, it has Rachel's trifle)

Conan O'Brien addressing the Harvard Class of 2020 is absolutely gas