As with every episode of 'Big Little Lies' this season, the anonymously titled 'Kill Me' began with one of the Monterey Five's nightmares about the night Perry died. This time around we saw things from Jane's perspective, which was apt considering the twist this episode ended on, but we'll get to that.

This custody battle drama continues for Celeste and the menace to society that is Mary Louise. Honestly, how that woman can softly tap into someone's absolute weakest spot and turn the knife ever so delicately is a wonder to behold. She even got under the skin of Renata in this episode for crying out loud, although it was great to see these two characters in a room together, despite the lack of furniture. 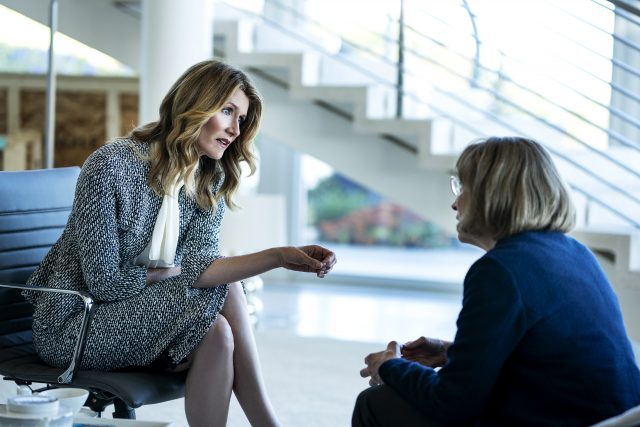 The biggest issue with this court case, of course, is not just Celeste's kids, it's that the Monterey Five are all going to have to take the witness stand and will most certainly be asked about the night of Perry's death given the ongoing investigations. Now there big and little lies could be far more than that, they could be "perjury babe", as Renata said.

However, these ladies have far more than that to worry about now given that Jane's new beau, is as we had suspected (but didn't want to believe), an undercover cop. The final moments of the episode were given to what now seems to be becoming Bonnie's weekly drive-by of the police station. This time around however she spotted Corey leaving, and looking very much like a deer in headlights when he spots Bonnie. Poor Jane, she will never trust any man again at this rate.

The episode also saw Madeline and Ed make some headway in their frosty relationship. While a hugging workshop was of no use to them, Madeline's frank admission of her failures in the marriage finally broke through Ed's hard-nosed exterior since he discovered his wife's betrayal. And sure stop, that moment in the kitchen when Chloe came in to give her dad a hug was just lovely altogether. Although, there was that strange incident in the bar with your one Tori, the wife of the theatre director Madeline had an affair with. Could Ed be about to get even? 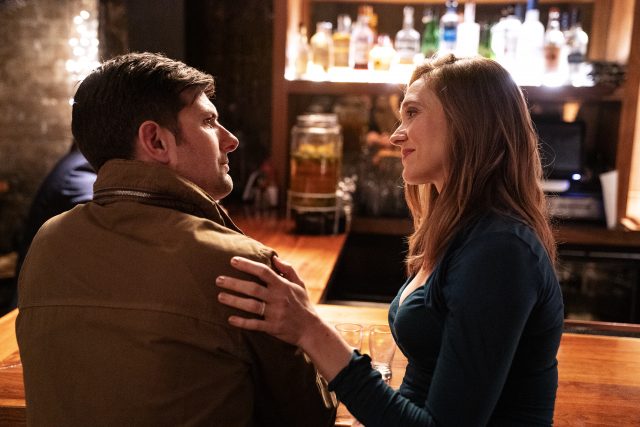 Poor Bonnie is weighed down with even more drama in this episode as her sick mother's request of 'Kill Me' explains the title of the episode. Ah here, Bonnie has had enough death on her plate, as well as what was clearly an abusive childhood at the hands of her mother to come to terms with. It makes sense why Bonnie has been placed at centre stage for this second season given that she was the one who killed Perry, but it seems like far too much to give to one character with such a short amount of episodes. However, we trust David E.Kelly and Liane Moriarty will find an apt conclusion for her. Just please don't say it will be her drowning.

Only two episodes remain in this second season, and it's hard to see now if it will peter out with a courtroom drama or something far more sinister than that. We know that ultimately, nobody is going to be satisfied with an ending that sees any one of these ladies in prison for the death of an abuser and rapist, but we also all know, one way or another, the truth is on its way out.