We didn't think we would say this, but so far, 'Big Little Lies' has managed to make an impressive return with its second season. It's just as good as the first season, in fact, it could be even better.

The seeds of the opening episode were nurtured in 'Tell-Tale Hearts' as we see more of Celeste's (Nicole Kidman) struggles as a domestic abuse survivor in the aftermath of Perry's (Alexander Skarsgard) death. The scene in the therapist office where she was asked to imagine Madeline (Reese Witherspoon) in her position rather than herself was one of the show's most powerful yet. Just as Renata (Laura Dern) was given the show's most entertaining (and memeable) yet with her reaction to her husband's downfall. "I will not not be rich!" she roars. She's privileged and she is keeping it that way.

Nothing is picture perfect for any of these women, and their lies and are all just waiting for their moment to catch up with them. Madeline came face to face with her infidelity as husband Ed (Adam Scott) discovered her affair with the theatre director last year. Do we even want these two to stay together? Ed is really not coming across all that likeable this season. One too many smug smiles.

Another marriage in trouble is Bonnie (Zoe Kravitz) and Nathan (James Tupper), with Bonnie's mother Elizabeth (Crystal Fox) managing to put two and two together for struggling "dolt" (lol) Nathan, concluding that Bonnie's behaviour may be down to seeing a man die on Trivia Night. Of course, none of them know that Bonnie is who is responsible for that man's death. "What did you do this time?", her mother asks. Showing that she is not only onto her daughter but that there is something else darker lurking in Bonnie's past that led her to run at Perry the way she did. These mothers are an ever-threatening presence to the Monterey Five this season with Meryl Streep once again proving a superb addition to the cast as Perry's mother Mary Louise. The cutting back and forth between her and Madeline are reason alone to watch. Mary Louise seems like she may be about to crack the whole case now that she knows that Ziggy is Perry's son. A discovery that leads to Celeste's twins and Ziggy meeting in what was a heartwarming if bittersweet moment for all. 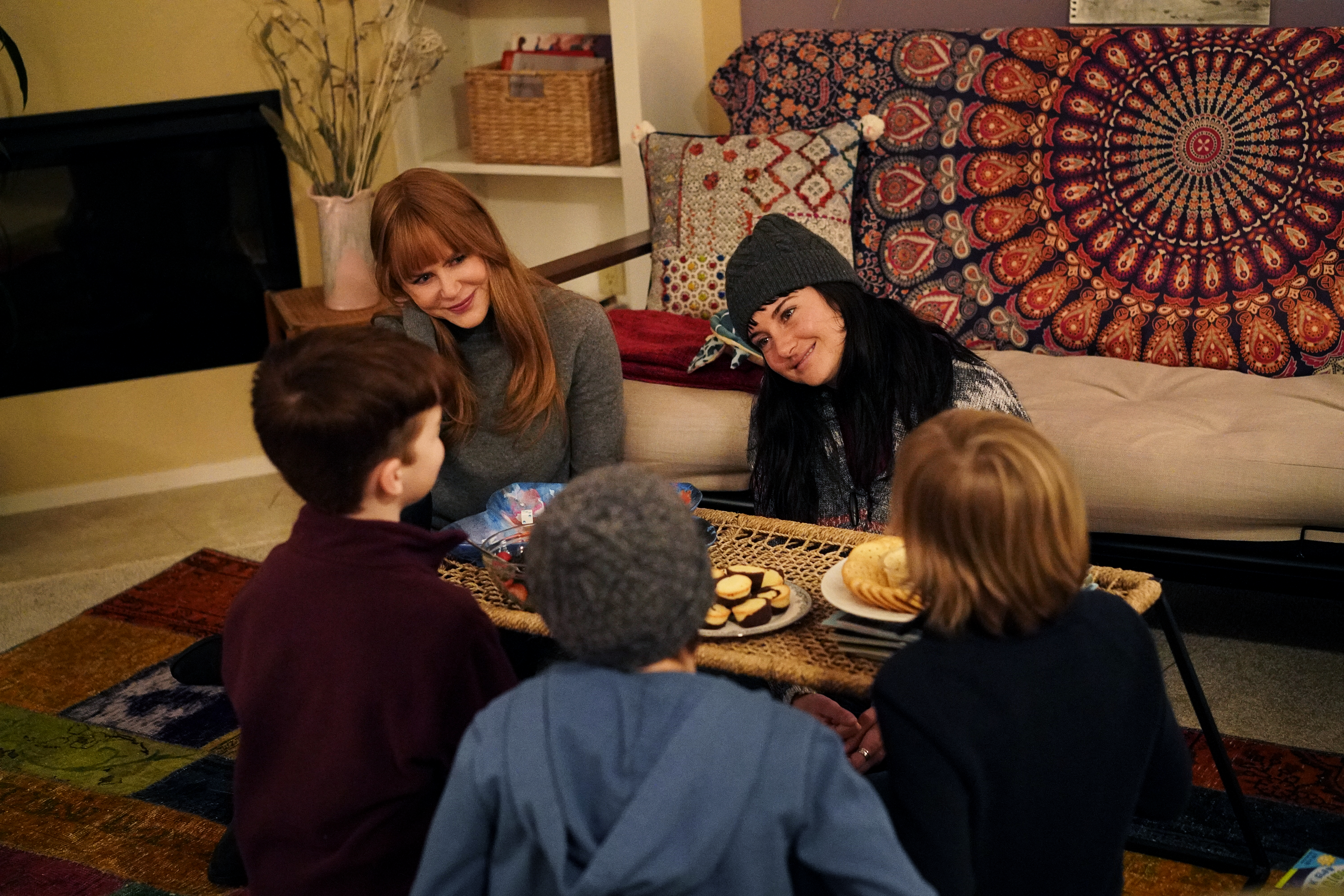 This second season is thankfully not a rinse and repeat of the first outing and is becoming much more of a thoughtful look at the lasting effects of trauma. By digging deeper with these characters we loved so much in season one, we get a much richer story that you can't help but get invested in further. It does all this but still holds onto its wit and playfulness along with its truly stunning cinematography that seamlessly complements the narrative. Keep it coming, 'Big Little Lies'.