'Love Island' winners Amber and Greg have reportedly broken up

Just a day after semi-finalists Anton and Belle's split, the 'Love Island' winners have gone their separate ways too.

Greg O'Shea and Amber Gill, who were crowned the 'Love Island' champions last July, are no longer a couple. Reports have it that Greg did the dumping and pretty brutally at that.

According to The Sun, Amber is heartbroken after be broke up with her by text.

A source said: "Greg has broken up with Amber and is blaming their busy schedules and now they want to focus on their careers.

"Amber feels used by Greg. He was always aware of the distance and his career in their relationship, and yet he chose to seek out Amber in the villa knowing there would always be the distance.

"He hasn't made any effort to come to London to see Amber, despite it being over five weeks, it's always Amber who had to make the effort."

Amber is "devastated" after believing that Greg was a "lovely guy". 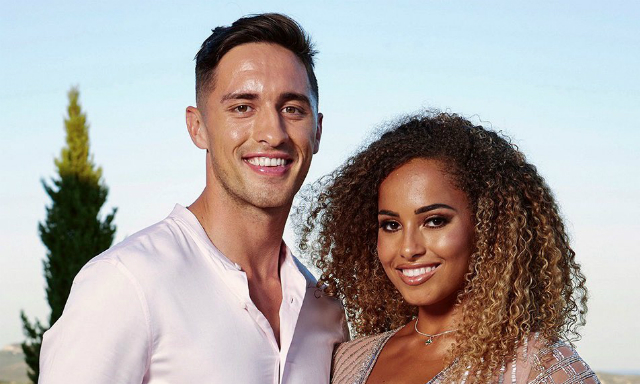 Apparently he made his feelings very clear over text and Amber's friends are calling him insensitive.

The source claims that Amber had been worried Greg was going to end things after "hearing things" about him. Amber was about to head to Dublin today to reunite with him when she got the text.

They said: "He hadn't the decency to tell her himself until she confronted the issue.

"They had a lovely weekend in Dublin planned but he's just pulled the plug and left her wounded.

"Amber loved her time in the villa with Greg it's just not been the same since he left for Ireland."

Now she's single again Amber is throwing herself into her career. The source said: "Amber has huge deals in place that she's looking forward to announcing what she's been busy working on."

Fellow finalists Tommy and Molly-Mae, Curtis and Maura, and Ovie and India are still going strong. But this is 'Love Island' we're talking about and as we know, love and loyalties can change in an instant.

And what the split will mean for their 'Late Late Show' appearance has yet to be seen...