Another 'Love Island' couple have broken up

The rise and fall

Just a couple of weeks after the first 'Love Island' couple split up, another one bites the dust.

It looks like Love Islanders Belle Hassan and Anton Danyluk are no longer an item. Can't say we're surprised.

According to reports, Belle was frustrated with Anton's lack of attention towards her. She was also unhappy with pictures that emerged of Anton attached to bikini-clad women at parties in Ibiza.

Additionally, Belle was weirded out by how into Craig David Anton is. 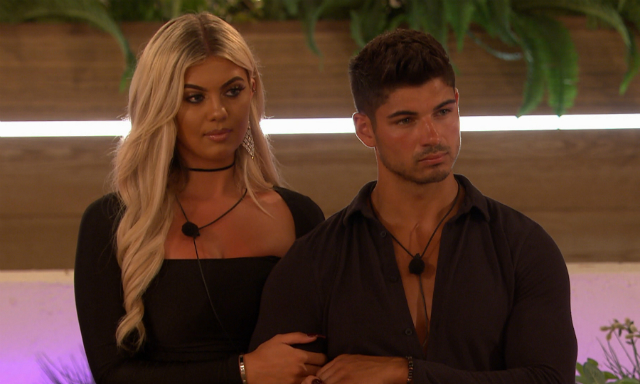 A source said: “Belle has seen all the pictures and videos of Anton in Ibiza and now just wants out.

“She feels he’s disrespecting their relationship and can’t see him changing his ways.

“His obsession with Craig David also made her feel awkward. He seemed to be more excited about reuniting with Craig than speaking to her.”

Another source close to Anton told Mirror Online: "They were dating, they never made it into an official relationship and Anton was always respectful of taking things slowly.

"He was always up front about this because he didn't want to jump into a relationship without taking some time to date her, which they've done.

"There are no hard feelings, he thinks she's a lovely girl, but he's too busy working 24/7.

"He's just taken a two day break to Ibiza and then he's literally working every day for the next few months, so it's not fair to get into a relationship when he can't give it the time it deserves."

Belle and Anton finished in fifth place on the reality series.

In other news related to the reality show, winners of the series Greg O'Shea and Amber Gill are due to appear on The Late Late Show this weekend, as is finalist Maura Higgins.