There's been a lot said about the latest developments on 'Love Island'.

Two nights ago, contestants Joe and Lucie were split up when Joe was voted off the island.

Generally, the attitude has been that Joe acted controlling and manipulative towards Lucie during the series. Thus his being evicted seemed to be a good thing. However, many viewers reckoned that editing had a big part to play in portraying Joe so negatively.

There have also been theories that producers organised the voting in such a way that Joe could be evicted. They want to avoid controversy (as occurred with that Sherif fiasco).

The fact that Joe was shown apologising to Lucie for his behaviour just before being voted off also seemed contrived.

According to reports, Joe was initially kept in a 'safehouse' to prepare him for the public outcry of 'gaslighting' Lucie.

If this initial interview with The Sun, is anything to go by, that would seem to be exactly the case.

Upon being queried about Lucie, Joe said he "didn’t manipulate or abuse her." 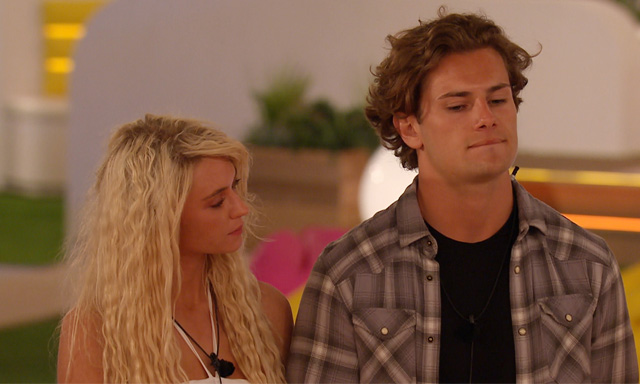 "I always had Lucie’s best interests at heart and I promise you I would do everything and anything to help her because she had a hard time in there and didn’t get on with the girls. I was trying to help her and make her experience as amazing as possible, I thought I did right.”

As for the accusations of being 'abusive' towards Luice, he said he was "not going to say sorry," continuing:

"I may have worded things wrong and the cameras are on you 24/7, I may have slipped up a bit but I am only human.

"I am young and inexperienced so maybe some things have come out differently to what they are, I just hope people can see me for who I genuinely am and what I genuinely am, I am not that person."

Joe added: "I didn’t know how I was coming across on the outside. I had no idea that I was being perceived in that sense." He insisted that he’s "gutted" about the public perception of him because he had "the best time" with Lucie on 'Love Island'.

And if you don't think that sounds awkward, check out this 'nice guy' video he also did:

'It's Always Sunny in Philadelphia' will address coronavirus crisis next season