Robert Pattinson teases that 'Tenet' is "so insane"

Robert Pattinson is gracing the cover of June's GQ issue as he offers the magazine an in-depth profile on his career and what he's up to in isolation.

Fans of Robert Pattinson should delight in the photos for the issue. The former 'Twilight' star took them of himself because of quarantine.

Inevitably the actor was asked about starring in the much-anticipated upcoming feature from Christopher Nolan, 'Tenet'.

But like his co-star Michael Caine before him, Pattinson struggled to explain what the movie is about.

He revealed he hasn't seen the movie, which is due for release on July 17th, yet and admitted: "Even if I had seen it, I genuinely don’t know if I’d be able to… I was just thinking, I just called up my assistant 20 minutes ago: ‘What the f**k do I say? I have no idea.’ "

Pattinson did get across the sheer scale of the venture at least: "This thing, it’s so insane.

"And in each country there’s, like, an enormous set-piece scene, which is like the climax of a normal movie. In every single country."

He said they had a crew of around 500 people, and 250 of them would fly together, hopping planes from country to country.

He added that he drew on Christopher Hitchens for his character, so take of that what you will.

Pattinson also noted that the character is "not a time traveller" and that "there's actually no time travelling" in the movie.

As for being the next actor to take on the Caped Crusader, he was less cagey. 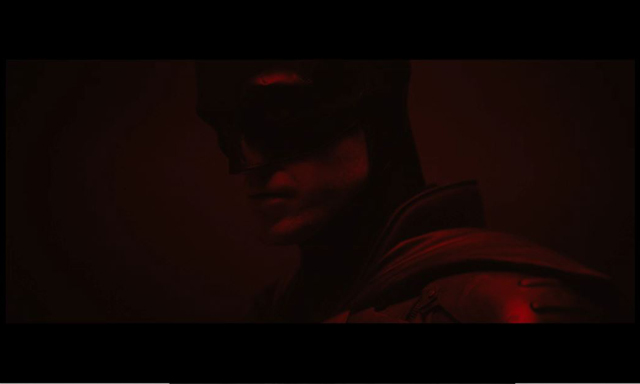 Robert Pattinson explained his reasons for wanting to try to fill these big shoes: "I think sometimes the downsides—which I’ve definitely thought about—the downsides kind of seem like upsides. I kind of like the fact that not only are there very, very, very well-done versions of the character which seem pretty definitive, but I was thinking that there are multiple definitive playings of the character. I was watching the making of 'Batman & Robin' the other day. And even then, George Clooney was saying that he was worried about the fact that it’s sort of been done, that a lot of the ground you should cover with the character has been already covered, and that’s in ’96, ’97?

He continued: "And then there’s Christian Bale, and Ben Affleck’s one, and then I was thinking, it’s fun when more and more ground has been covered. Like, where is the gap? You’ve seen this sort of lighter version, you’ve seen a kind of jaded version, a kind of more animalistic version. And the puzzle of it becomes quite satisfying, to think: Where’s my opening? Also, do I have anything inside me which would work if I could do it?

"And then also, it’s a legacy part, right? I like that. There’s so few things in life where people passionately care about it before it’s even happened. You can almost feel that pushback of anticipation, and so it kind of energizes you a little bit. It’s different from when you’re doing a part and there’s a possibility that no one will even see it. Right? In some ways it’s, I don’t know… It makes you a little kind of spicy."

Pattinson also talked about currently being on a meal plan for 'The Batman'. It involves oatmeal with vanilla protein powder on it and canned foods, such as Tabasco on tuna. Yum?