This is the Robert Pattinson movie we're talking about

Whether or not we'll ever see that Zack Snyder cut of 'Justice League' remains up in the air. One Warner Bros./DC movie we do know we're getting is 'The Batman'. That is, as long as nothing else goes wrong.

This new Batman is separate from the current DCEU that includes such films as 'Batman v Superman: Dawn of Justice' and 'Wonder Woman'. It's reported to be an "original" story, but not an origins story.

Confused? Hopefully we can clear things up.

Why is Ben Affleck not in 'The Batman'?

So back around late 2016-early 2017, Ben Affleck was going to not only play the titular role of 'The Batman'. He was going to direct the movie too.

Then, he was no longer going to direct but would star in it and produce.

And then, 'The Batman' was struggling to kick off pre-production at all due to new director Matt Reeves being tied up in post-production on 'War for the Planet of the Apes'.

Issues also arose as Reeves wanted more creative freedom and control of the script. Affleck's screenplay was eventually scrapped and at long last, as of January this year, Affleck was confirmed to no longer be involved in the project at all. 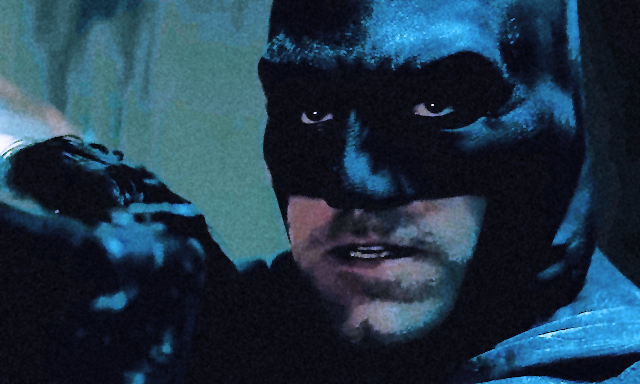 Who directs 'The Batman'?

Matt Reeves is at the helm and co-writing the screenplay with Mattson Tomlin.

Who stars in 'The Batman'?

Andy Serkis takes on the part of Wayne's loyal butler Alfred Pennyworth, previously played by the likes of Michael Caine and Jeremy Irons.

Colin Farrell is in talks to portray Oswald Cobblepot / The Penguin; and he won't be the only villain as Paul Dano reportedly plays Edward Nashton / The Riddler. At one point Jonah Hill was attached to play an antagonist but talks fell through.

Jeffrey Wright ('Westworld', 'Casino Royale') is Commissioner Gordon. Jayme Lawson also has a “key role”. Rumour has it said role is Barbara Gordon, who becomes Batgirl. Another undisclosed role has been assigned to Peter Sarsgaard. He previously portrayed Hector Hammond in 'Green Lantern'.

Will the Joker be in 'The Batman'?

There's been a bit of a back and forth as to whether Joaquin Phoenix's take on the Joker aka Arthur Fleck will star in Pattinson's superhero outing. Given how much 'Joker' has made at the box office, it could happen purely for commercial reasons.

But given how insistent director-writer Todd Phillips has been that the antagonist origins story is a standalone film (though talks of a sequel have, again, gone back and forth), it's unlikely. Basically, our money would be on Joker not popping up in 'The Batman'. However, he could feature in a future DC movie.

When will ‘The Batman’ be in cinemas?

It commenced production in London on 27 January, 2020.