‘The X Factor’ star is coming to the Bord Gáis Energy Theatre from the 7th to 17th of August where she takes the lead as Rachel Marron in ‘The Bodyguard’.

We all know Alexandra Burke as the winner of ‘The X Factor’ in 2008, as well as her smash hit singing and musical career that followed. Alexandra’s rise to fame didn’t get off to a great start however, with her first stint on ‘The X Factor’ not working out so well. In 2005, she was kicked off the show when Louis Walsh decided not to bring her through to the live shows, saying she was too young for the competition. However, she came back fighting in 2008 and won the show with her smash hit ‘Hallelujah’. (Who could forget that iconic duet with Beyoncé?)

Alexandra clearly never lost the drive and determination she showed in 2008, as she has since released 3 studio albums, 10 singles and 3 UK number ones. In 2014, she was offered the role of Rachel Marron in ‘The Bodyguard’, and went on to play Roxy in ‘Chicago’, Svetlana in ‘Chess’ and appeared on ‘Strictly Come Dancing’ in 2017. If that wasn’t enough, she’s also rumoured to be appearing in ‘X Factor All-Stars’ in 2019.

We caught up with Alexandra Burke before her show in Edinburgh and asked her about everything from ‘The Bodyguard’ and ‘The X Factor’ to iconic leading ladies.

So, Rachel Marron must be like an old friend to you now at this stage!

I mean, yeah, she’s my best mate – I look after her son! I was only meant to do this tour for three months – open it up and leave. And then the opportunity to go to Japan made me stay longer. At the end of the day, it’s a privilege to be asked to come back again. And, it was my first ever role, so it’s nice to come back.

The show must have a special place in your heart, then?

Yes, big time. It’s a privilege to be asked to come back. Playing Rachel Marron is an iconic role – big shoes to fill, playing Whitney! Taking all the experiences from ‘Sister Act’ and ‘Chess’ and ‘Chicago’ and ‘Strictly’, I feel like a different woman performing it. I did it at 26 and now I’m nearly 31. My outlook on the role is very different to what it was in 2014, for example.

That’s fantastic that you can grow in parallel to the role.

Yeah, it’s nice. I play it way more like a mother now which is a bit scary. Like, I actually think these boys are my children! They’re not – I have dogs! We have a new Fletcher; his name is Archie. He joined us two or three days ago. I saw him warm up and stopped everything. I was staring at him thinking, “Oh my god, you’re so beautiful. You really could be my son - my son is gonna look like you!” And he was like, “are you alright?” 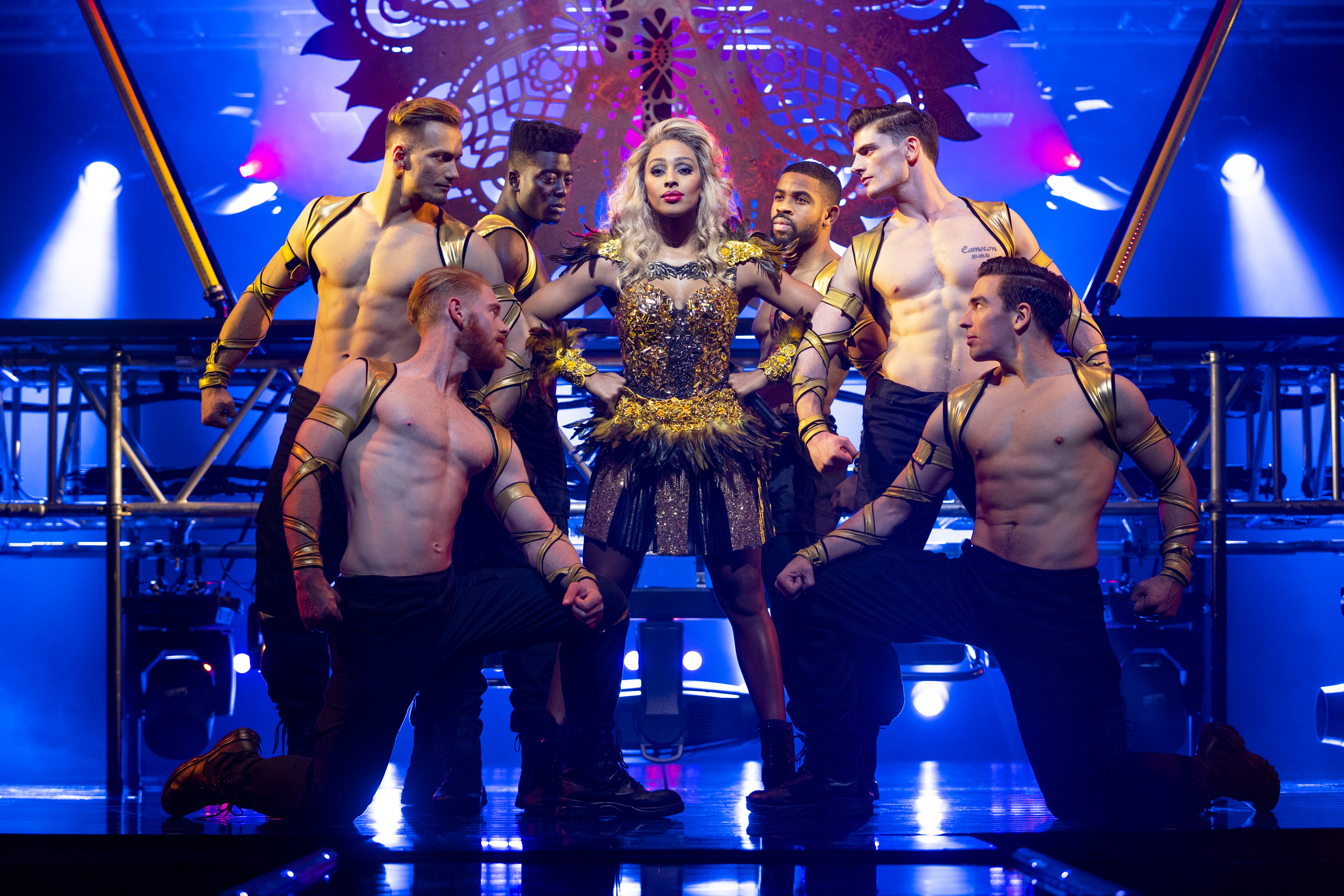 So, who’s left? Are there any other roles in musical theatre you’d like to play?

I’d like to play ‘Donna Summer’. That was done on Broadway. It was only open for nine months and then it closed. There was talk of it to come over here – I’m not sure if it still will, but that’s another iconic role. Also, ‘Tina’ would be a privilege as well. There are so many roles out there – I never thought I’d get ‘Chicago’ and play Roxy in a million years. I put that into the universe in 2015 and then I got it so, you never know!

Is that how things work? You put it out into the universe?

Well, I’m a firm believer in that if you think positive, positivity comes right back to you. I remember watching Brandi on Broadway play Roxy and I said it at the time “I’m gonna play that role.” I had only just started ‘The Bodyguard’ at the time! It was a massive statement to make to say “That role is mine” but 3 years later, I got given the opportunity.

What was your own first experience seeing ‘The Bodyguard’?

I got offered it when I was 23 and then said no. I had done all the auditions and I was like “yeah this isn’t for me. I can’t do 8 shows a week, I can’t sing Whitney 8 shows a week, it’s just never gonna happen - I’ll die.” So dramatic!

I said no because I wanted to be confident for my first ever role. For it to be in the west end is a major deal. Then, I remember when I went to watch Heather Headly do it I said, “I could do that. Yeah, she’s amazing but I could sing that.” I sat there and thought to myself, “Why did I say no?” I kicked myself. She is outstanding and I’m so happy that I got to watch her do it because she’s such an icon for me.

Back then, I was watching it without knowing I’d be doing it. I just went as a fan to watch the show and support the show. After that, I moved to New York for 18 months and got the call. They said, “Heather is leaving, we need you to close it for three months, can you learn the script in three weeks?” I learned it in five days. I was on stage within three weeks – I don’t know how I did it.

It makes me nervous even thinking about it! Doing it as a 26-year-old girl, it felt quite daunting but I just love the songs and I love Whitney. I was only four when the film came out but I’ll never forget my experience of watching Whitney do her first big role and thinking “I just want to be her.”

Do you still get the same feeling now, doing it night after night?

Yes definitely. I love the show; it just holds a massive place in my heart and always will do. What makes it is the company you keep. I know it’s my face on the poster but really it should be everyone. It takes a team to make the show work. Benoit who plays Frank Farmer is an outstanding actor. Our chemistry and our connection are off the scale - to the point where we corpse on stage and it’s just so unprofessional! We have the best time together. 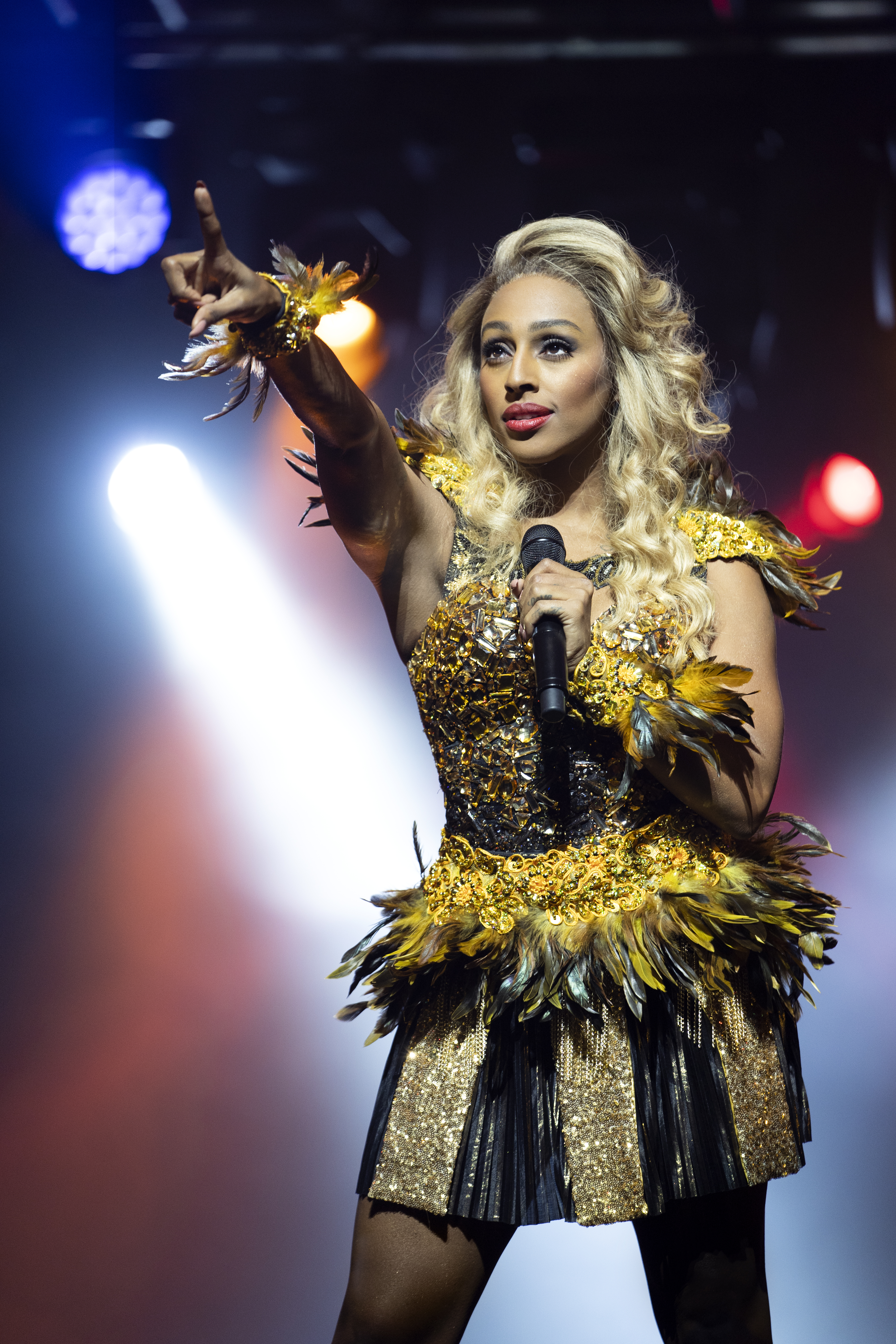 You’ve had a few leading men. Where does Benoit come on your list?

You released an album last year in 2018. You have such a varied mix of things going on, do you have any preference?

I’m not going to lie – my first love and biggest love is performing my own music. I just did G-A-Y for Pride the other night and it made me realise that I need to get back to doing my own thing. So, once I finish ‘The Bodyguard’ in February, I’m going to take some time out to finish my album, go to LA for three months, and then see what next year brings in regard to releasing music.

So, you definitely have a new album coming out next year?

For sure. I mean at least a single, come on! I want to get back on stage!

And maybe back on tour in Dublin?

Wow, you’ve done your research – well done you! Yes, my nan was from Connemara. Not many people know that. I’d love to find out more about that. Maybe I’ll do one of those Ancestry.com tests!

How do you find the time to be creative and to work on material?

Late at night. I really need to get myself to sleep! Back in the day when I did this show in 2014, I was going to bed at 3am every night. I’d do the show, and then I’d go to the studio – the studio is in my house, so I’m very lucky – and I’d record. I was so tired all the time! I just have to manage things a bit better - I’m trying to get better at it. I go at like 200 miles an hour because I just love to be busy. And then when I stop, I just start overthinking.

Lastly, if you could back to your ‘X Factor’ days, what advice would you give yourself?

That’s a good question. I would tell myself to make sure that I live in the moment because I just don’t know where the past ten years have gone. I’ve had fun, I’ve been so blessed with my career, with what God’s given me - I’m just so grateful. But I want more time with my family and my friends. So, I think managing my time better would be the advice I’d give myself. Nothing beats being with your family and friends at home.

‘The Bodyguard’ is coming to the Bord Gáis Energy Theatre from the 7th to the 17th of August. Tickets from €21 are available at www.bordgaisenergytheatre.ie.