Netflix Review: 'Mindhunter' Season 2 is as classy and unnerving as ever

It might have taken two years to get here, but 'Mindhunter' Season 2 was worth the wait.

Watching through the first season of 'Mindhunter', what seemed clear from the offset was that David Fincher wasn't so much playing with tropes in police procedurals as he was studiously following them.

For example, Bill Tench - played brilliantly by Holt McCallany - was the seasoned, seen-it-all fed. Holden Ford, in Tench's own words, was the "blue flame special" who was eager to get ahead and didn't care about stepping on toes. Wendy Carr, played with precision by Anna Torv, was the coldly analytical professor guiding the trio and acting as the conscience of their actions. It worked beautifully, and the stylish direction and adherence to production value, music and period details just sucked you in.

The second season of 'Mindhunter' picks up right after the finale of the first season, with Ford strapped to a bed in a mental institution and suffering from acute panic attacks. Interestingly, the whole angle with Ford's vulnerability doesn't seem to get much notice beyond the third and fourth episodes, and towards the end of the season, it's effectively all but forgotten. Instead, Ford is locked in battle with the prolific serial killer who's terrorising Atlanta.

The way in which the show addresses the Atlanta Child Murders is intriguing, as it quite earnestly attempts to bring all considerations and examinations of what happened. Not only that, the racial tensions within the city, the political machinations, the ever-present history of racism in the New South, the socio-economic realities - it's all there, all swirling around a mounting body count and no clear reasons. Again, Ford's "blue flame special" personality doesn't really do him any favours, but the difference now is that Tench isn't there to stop him. 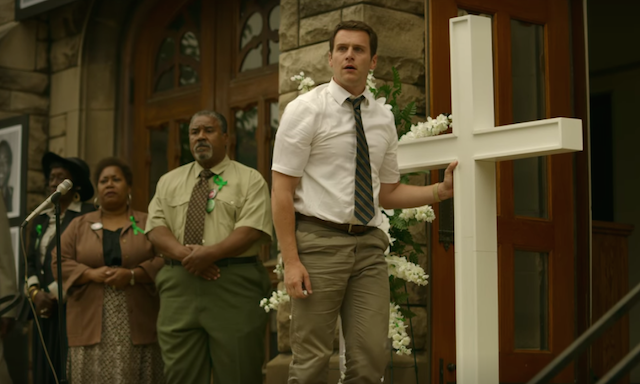 Tench, meanwhile, is dealing with something far more close to his own home and the manner in which the show handles it is truly intriguing. The foreshadowing of Tench's adopted son in the first season culminates in a shocking reveal in the second season, and the psychological impact it has on him - and how he views his own work - isn't exactly subtle, but it definitely makes sense.

Dr. Carr, meanwhile, has to face off with a new leader in the FBI Academy and deal with the latent, and sometimes not so latent, sexism that pervades there. On top of that, her own sexuality comes into the mix when she embarks on a relationship with another woman, all while taking on interviews with subjects now that Tench and Ford are elsewhere.

Expanding the show out from merely interviewing serial killers is something of a risky move. Part of what made the first season of 'Mindhunter' so fascinating was the scenes where Tench and Ford were locked in a dank basement with the likes of Ed Kemper or Jerry Brudos. Yet, for all their attempts to pull back from it, the second season sees them interview two of the most well-known serial killers of the 20th century - David Berkowitz, and Charles Manson. 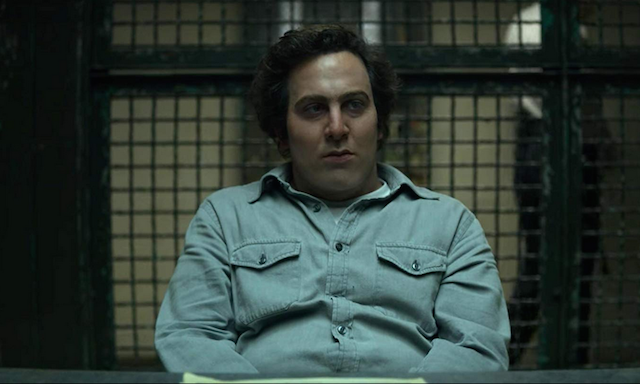 Oliver Cooper as David Berkowitz, also known as the Son of Sam

In both instances, the interviews - though compellingly directed and acted by Oliver Cooper and Damon Herriman (pulling double-duty in the same role in 'Once Upon A Time... In Hollywood') - rarely add up to much in the grand scheme of things. It almost feels like they're a sideshow, something that Dr. Carr points out numerous times. In a way, it almost feels like David Fincher is trying to speak through the audience, that these characters don't really matter.

Likewise, whenever Tench is asked about these two, or Kemper, or Brudos, a crowd of interested faces seem to gather around him and want to hear him casually talk about how they dismembered bodies and so on. For all of the second season's attempts to widen the gaze, we're still fascinated by these scenes and while the show does sprinkle them in here and there, it's almost always a distraction.

The second season of 'Mindhunter' begins to show how the Behavioral Science Unit's methods were never really given a chance to flourish, and that it often came with a significant price. 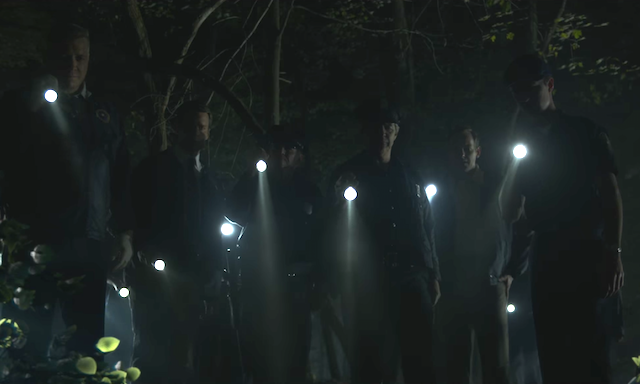 The cases of the Atlanta Child Murders were reopened in March of this year, with the hope that new technology and analysis would lead to a conviction.

In the case of the Atlanta Child Murders, the complexities of the city itself, the nature of the murders, it was always going to be a struggle and the show makes it so that we feel it the same. Some episodes do feel like they're going in circles, and some lines do go nowhere - but that's often how it is in reality with investigations of this kind.

It's never quite so simple as merely following the evidence, especially when the evidence never seems to lead to anything definitive. Compared to the last season, 'Mindhunter' Season 2 works on a bigger canvas, but doesn't lose any of its focus.