Some Islanders really raked in those followers

After two months of highs, lows and so much drama in between, 'Love Island' has come to an end.

Last night we got our winners for the 'Love Island' £50k prize. Greg and Amber beat long-time favourites Tommy and Molly-Mae and viewers couldn't be happier.

However there's another side to the competition that ought to be mentioned - the Islanders will likely go on to rake in vast endorsements. The economics of the show is really expansive.

One big way to attract investors is through a popular social media following. Which begs the question, who were the winners of 'Love Island' in that arena?

Readings were taken every Monday night, at every recoupling, dumping and significant events such as Casa Amor.

The data ascertains which Islander had the highest percentage increase from beginning to end and the total number of followers gained.

Interestingly the Islander with the highest percentage increase was none other than fan favourite Chris Taylor. His followers increased by 4461% while Ovie followed with 3188%.

You can check out the graph created by Reboot Online below: 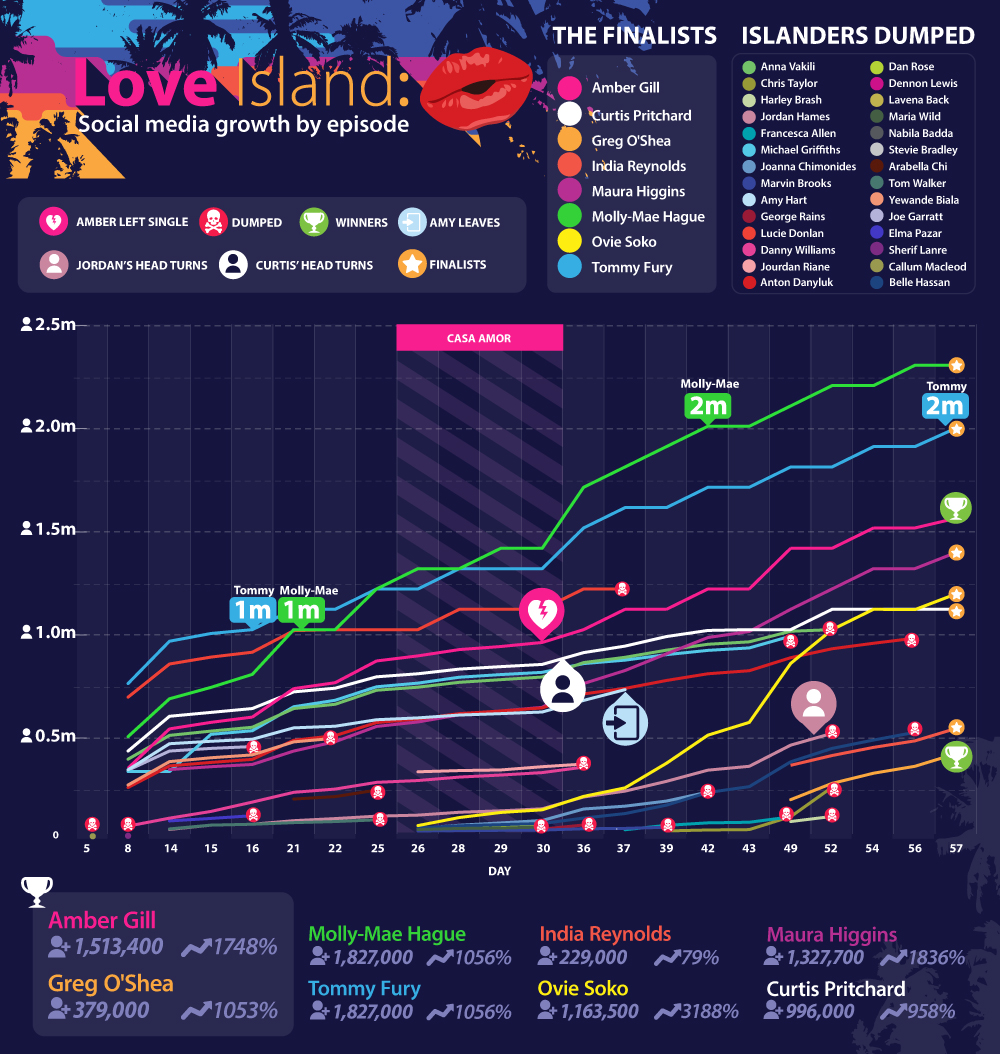 'I'm a Celebrity' is still on the way later this year