They danced up a storm

Last night's 'Dancing with the Stars' saw the ladies take to the dance floor with their professional partners for the first time and safe to say, they impressed both the judges and the viewers at home.

First to grace the dance floor was former Miss Ireland Holly Carpenter and her pro-dancer Trent Whiddon. They had the audience dancing in their seats with their high energy salsa to ‘Neon Lights’. The judges were impressed by Holly with Julian Benson saying: “Hollylicious, that was full of content, the lifts were very very good... it's a natural fluid movement, just watch your transitions." Loraine Barry said: "Holly what a way to open the show, the content here was very very good. Having two partners pushed you to get out and do it. You got to get on that foot more... this is promising tonight." While Brian commented: "You brought huge energy to that. The feet at times looked a bit fidgety, overall week one salsa, good start."

Holly scored a 16 from the judges. 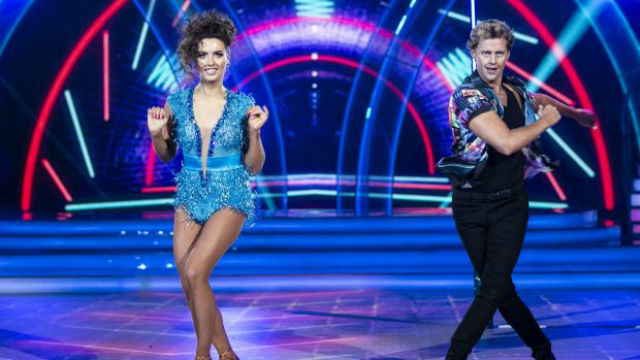 Next up was 'Mrs. Brown’s Boys' actor Eilish O’Carroll (who you can also see in this week's Telly Show) and her partner Ryan McShane. They performed a lighter take on the tango to 'I Can’t tell a Waltz from a Tango'. Following her performance, Eilish said: "Can I do it again? I really think I could get it this time! I'm buzzing. Ryan is very focused and dedicated to what he does."

Judge Brian Redmond said: "I think tonight you proved you can tell a waltz from a tango. You need to lift the chin a little more, but tonight the challenge was a tango and you did a very good job." Loraine commented: "It was an inspirational performance, you had a passion and punch... you really put those step flicks in.....well done". While Julian said: "Who could of thought that Winnie McGoogan could have tangoed like that. You embodied the character of the tango tonight. I love the way it was set up with the pupil and the teacher... you just showed anything is possible, even the impossible."

Eilish scored a 15 from the judges. 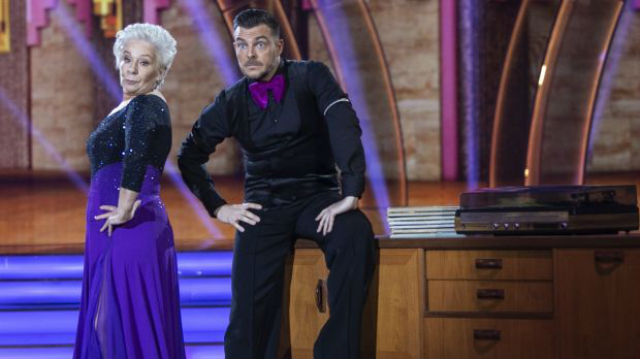 'The Young Offenders' actor Demi Isaac Oviawe and her partner Kai Widdrington performed a sassy Cha Cha around the floor to ‘Cut to the Feeling’. A teary Demi said: "I'm not usually emotional. I was really nervous... I felt like I was on cloud nine and I don't want to come off any time soon."

Judge Julian said: "I'm just going to say you have great exuberance, character and personality. There were moments of magic... if you could follow through the steps... you have the full package but you've got to apply yourself. Three words, practice, practice, paractice and it will make perfect." While Brian added: "I loved the track and the setting and you got all the steps in the right place. You're the youngest person in this competition and I expected youth.... you need to develop the technique of the dances." And Loraine said: "My darling Demi you have such an infectious smile, joyful energy and you can see it, but the technique needs oomph... you can do it but you've got to put the work in."

Demi scored a 10 from the judges. 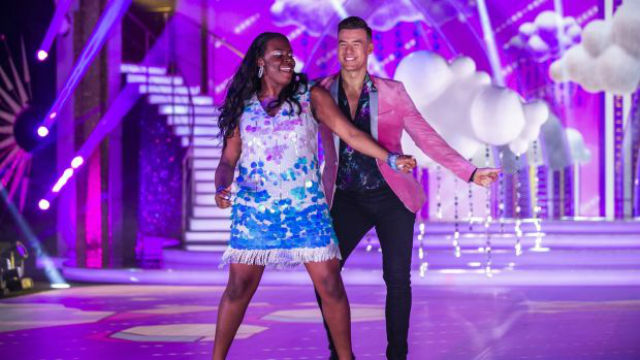 County music star Cliona Hagan (who also stopped by The Telly Show recently - see interview above) made sure to give a nod to her love of all things country when she did a high energy quickstep with her partner Robert Rowinski to ‘Country Girl (Shake it for me)’. Judge Loraine commented: "Tonight you won me over with the quickstep, it was fabulous, it's a hard dance to do and you need a lot of spring, you did something amazing for me, you actually hopped going backwards. So so promising." Brian said: "There was certainly at times a little bit of tension in the shoulders, the energy and the fun you brought to the performance tonight... country girl you certainly got me going." And Julian added: "For week one to come out and dance the hardest ballroom dance was fantastic. I love people who push things beyond the bar. The fusion between the quickstep and country... very very clever, well done Robert."

Cliona scored a 21 from the judges. 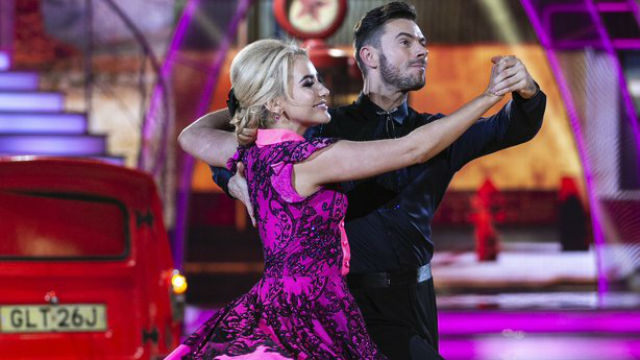 TV and radio broadcaster Mairead Ronan performed a beautiful waltz with her pro-dance partner John Nolan. After Mairead said: "Five months ago tomorrow, I was in the hospital about to have baby Bonnie... everyone has their struggles, mine is just lack of sleep!." Judge Brian Redmond said: "You showed a great control, the arm should have more power in it... week one waltz went well.” Loraine commented: "John put a beautiful beginning and a gorgeous ending as well. It could have a little bit more power but posture and body line divine." While Julian said: "You certainly lit up the ballroom floor tonight my darling... that was a beautiful elegant, classic waltz, your face lit up....watch your free arm."

Mairead scored a 16 from the judges. 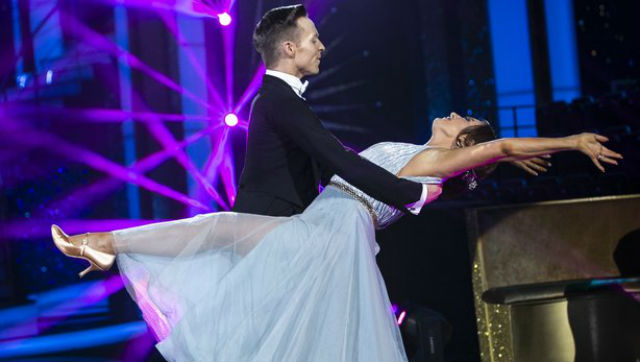 Last but not least was actor Clelia Murphy, who performed a jive to ‘Tell Her About It’ with her pro-dance Vitali Kozmin. Chatting about her routine Clelia said:"I don't think you'll ever be prepared, feel the fear and jump in, I have to say this is the greatest gentleman alive and the greatest teacher." Brian commented: "We were waiting a bit too long for it to get going, when you did get going there was great energy more of the time. I love the personality you brought to the routine." Loraine added: "I loved the beginning, you set it up for us, you were so in harmony with each other, it was fun light and also had a powerfulness attached to it, for me, you did good." Julian said: "Girl Tell Me About It! You gave us everything, you came out on the floor... the chemistry between you two... don't mind the grinch (Brian) I loved the opening!

Clelia scored a 19 from the judges. 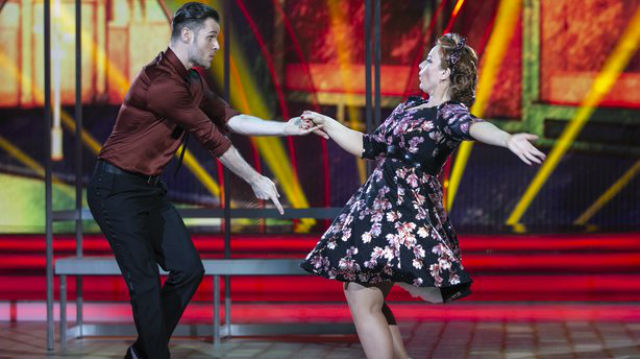 Viewers were also impressed with the performances:

Wow. Loved that jive from @clelia_murphy & Vitali. They danced with such joy. They're also ones to watch I think...🤔💃🕺#DWTSIrl

In awe at the work that all the contestants on #DWTSIrl clearly do! I cannot begin up imagine how tough the training is! And my lovely pal @Holly0910 was amazing tonight! #TeamHolly

Demi Isaac Oviawe is doing Dancing with the Stars while also doing her Leaving Cert. Jaysus, I didn't even go to a Nathan Carter concert across the road from my house during my Leaving Cert. #DWTSIrl

Right I’m sorry, but if one of the girls doesnt win #DWTSIRL I’ll go mad!

None of the ladies managed to surpass Johnny Ward's score last week of 22 points, although Cliona came pretty close. The first eliminations will begin on next week's show - Sunday, 20 January.