Ricky Gervais is returning to host the Golden Globes

He just can't stay away.

Pretty much after every time Ricky Gervais hosts the Golden Globes he says he won't be back. But then, zay make him an offer ze can't refuse (sorry).

Ricky Gervais has been announced as the host for the 2020 ceremony which will take place on January 5th. This will mark the fifth time he has hosted. The last time was 2016 while he also presented between 2010-12.

No celebrity or topic is safe from Gervais's scathing tongue at the Golden Globes so we are looking forward to seeing who he takes aim at and how.

The Hollywood Foreign Press Association made the announcement Tuesday morning with their president Lorenzo Soria saying, “When Ricky Gervais is at the helm of the Golden Globes Awards, we can always expect the unexpected. We’re excited to see it all unfold on Jan. 5!" 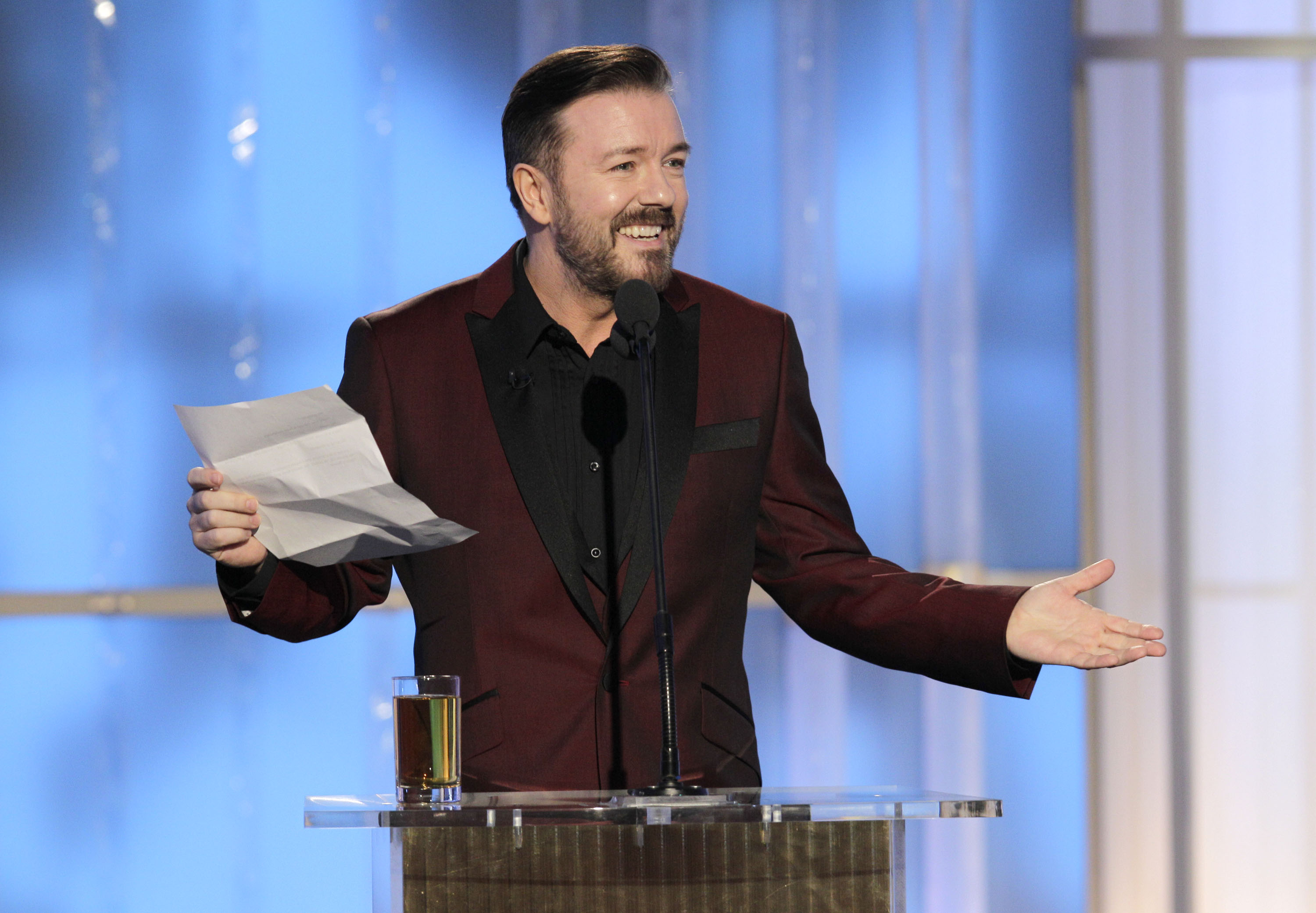 Gervais said in a statement, “Once again, they’ve made me an offer I can’t refuse. But this is the very last time I’m doing this, which could make for a fun evening."

NBC Entertainment chairman Paul Telegdy said, "There is always a palpable electricity in the room when Ricky takes the Globes stage. His return as master of ceremonies at the Golden Globes is much anticipated. It always makes for an unexpected evening. We can’t wait to see what he has up his sleeve.”

The 77th annual Golden Globes air live on NBC on Jan. 5 from the Beverly Hilton in Beverly Hills. Awards are handed out in 25 categories, with 14 for film and 11 for television. The nominations are due out on Monday, December 9th.

Steve O admits that 'Jackass' was "a bad influence on kids"