'The Handmaid's Tale' has been known for its shocking, cruel and chilling scenes, but episode 5 of season 3, called 'Unknown Caller', was harrowing in a much more emotionally fraught way.

It began with a private celebration for June that she had managed to successfully get Nichole out of Gilead. It's a win she cannot share with anyone although her emphatic "Bite Me" to her irritating walking partner was at least some kind of self-expression. This joy doesn't last long however as soon June is dragged back into the Waterfords company as they ask her to give her husband a call about a meetup with baby Nichole. You know, her husband Luke, who she was ripped apart from and hasn't spoken to in three years.

What's most distressing about this is that we know from previous episodes this season how much Luke is waiting for that call. He gets annoyed at Emily for not making that call. Now finally, he gets it, but it's not the moment of elation it should be. June is not free. They have just two minutes, which is played out in real time, as Luke scrambles to find the right words. Apologising, declaring his love, but June can't let her guard down. She gives him his instructions that he and Nichole must meet the Waterfords for what will be one final goodbye. He agrees, but not him, he says, only her. 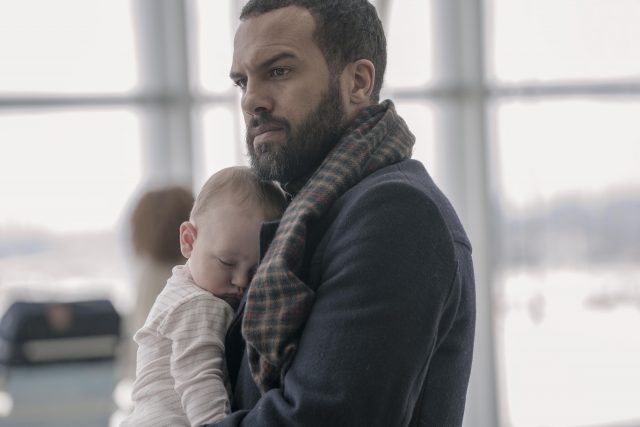 We know that June only agreed to this call as some sort of way of an agreement with Serena, who will now owe her. It seems naive to think that Serena could ever truly be on June's side, as much as this relationship has grown. You can never really know what Serena is thinking or what her next move will be. The fact that she let June escape with the baby at all seemed decidedly out of character. Although she had just gone through the trauma of having her finger cut off by Gilead, so she wasn't exactly its biggest cheerleader.

Serena is undoubtedly 'The Handmaid's Tale' biggest enigma. We know the other characters motivations, what drives them, with perhaps the exception here being Commander Lawrence. His attempts to reconnect with his struggling wife in this episode show that this driving force behind Gilead's regime has a much softer side, and there might just be "a little bit of him left". In Serena's case, that softer side was only brought out with Nichole, and it's truly difficult to not feel for her in those airport scenes. Even Luke, as much as he hates her, can't help but ask her if she would like to hold Nichole. You can't resist willing her to take Mark Tuello up on his option to stay in Canada, and while she refuses once more, that planted phone in her bag is bound to serve a purpose at some point this season. Chekhov's gun and all that. 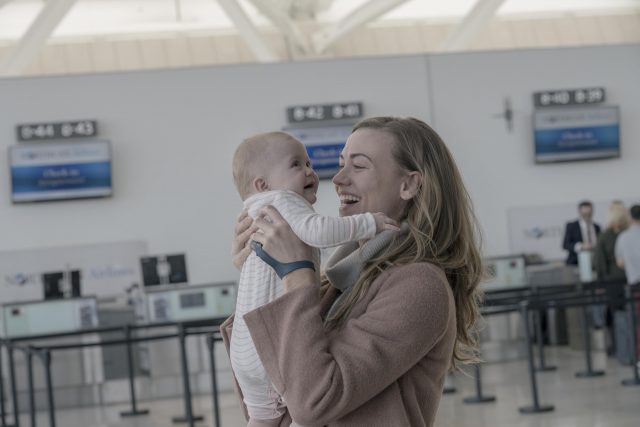 This meeting with Nichole seems like it was enough for Serena. "And now it's over", she tells Fred when she gets back. But this is Gilead, nothing is wrapped up that neatly. And soon June finds herself plucked from her routine and ushered into a van once more. What has she done? What have they found out? The brand new handmaid's garb should have been enough of a clue as June finds herself ushered out on to a TV set where the Waterfords are making an international plea for the safe return of their daughter. Dammit, Serena.

It's hard to imagine this plea will have the desired impact - surely Canada is far too sound to have an innocent baby sent back to the totalitarian theocracy she was born in? 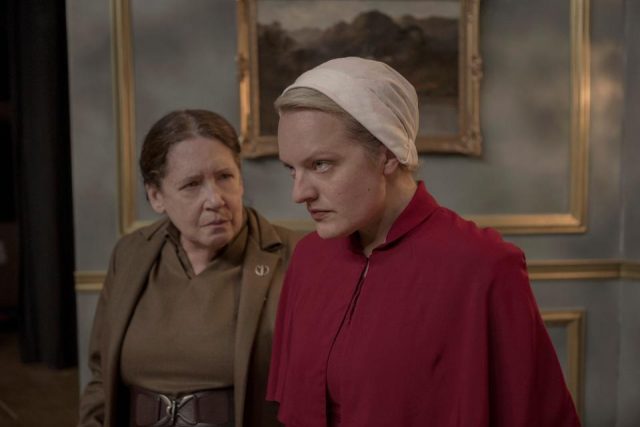 Either way, Serena's treachery left June visibly seething. Although it's worth remembering that amongst all this, Serena did still deliver June's package to Luke. And oh, the heartbreak of that recorded message, where June could now speak freely and tell Luke that she was trying to salvage a life in her hell. That baby Nichole was born out of love, and that as much as she loves him, he too should try to find his own happiness. It's a lot to take in for Luke, and you know this revelation to him about Nick will have to be important. If only to prove that Fred Waterford is not Nichole's father, should it get to that.

Another season of 'The Handmaid's Tale' has not yet been announced. Is it too much hope that this story may get wrapped up this season? Right now, that's hard to imagine. Although this plea for baby Nichole's return will no doubt escalate international relations, perhaps draw the wrong kind of attention on Gilead? You can only hope. We just know we cannot watch yet another failed escape attempt by June, and let's face it, the only way this show can end is with the fall of Gilead. June alone, cannot do that.

Who said it? The 'Star Trek: The Next Generation' quiz