'The Handmaid's Tale' is back for another season, but where does it go from here?

The finale of the second season of 'The Handmaid's Tale' was, quite frankly, more than a little frustrating.

In fact, when you come right down to it, the entire second season was frustrating. It's safe to say that you never really enjoy 'The Handmaid's Tale'; it's more of an endurance test. The unrelenting horror and anguish that the characters go through is one thing, but the show's deliberate - some might say glacial - sense of pacing means that nothing is ever skipped over for the sake of getting to the action.

The third season first and second episode, 'Night', and 'Mary and Martha', hasn't made any changes from the second season, nor does it attempt to give any kind of explanation as to how the characters are going to move on from it. When we last left June / Offred (Elisabeth Moss), she had given up her chance to escape to ensure that Emily (Alexis Bledel) and her daughter by Nick (Max Minghella) makes it over the border to Canada.

From there, Emily and the baby are on a desperate sprint that sees the two of them ducking drones and searchlights and a harrowing river-crossing that sees them safely in Canada. June, meanwhile, demands that Commander Lawrence (Bradley Whitford) takes her to see her daughter and tries to get her out, but not before the Guardians turn up and recapture her.

Again, what makes this all so frustrating is that there was no way she'd be able to get her daughter out. As she sees it, there is no way she can let either of her children stay in Gilead, hence choosing to stay behind. It's that whenever she seems to make an attempt, it never seems to be thought through properly and it never works out. Fine, you can argue that she's not some super-soldier or whatever, but you can only make so many allowances before it just begins to repeat itself again and again.

Anyway, June's capture lands her right back with the Waterfords (Joseph Fiennes and Yvonne Strahovski), who are well and truly at each other's throats. Serena has now fully turned against her husband, which makes sense given how he had her finger cut off. Yet, in a remarkable scene that's soundtracked by the Boomtown Rats, we see that she hasn't just given up her marriage or the semblance of what Gilead represents, she's given up on everything that defined her up until this point.

Whether the Waterfords come back into the story remains to be seen, but for now, it looks like they're effectively done as June is then shipped off to another posting with - again, you guessed it - Commander Lawrence. It's good that 'The Handmaid's Tale' isn't going to the way of other prestige TV shows and introducing new characters simply for the sake of it. There's a core cast, and they're sticking to it, but it's that their motivations all seem so ill-defined and hard to understand.

Serena Waterford was basically the cheerleader for Gilead, now she's turned on it all and tries to self-immolate. Commander Lawrence created the economy for Gilead, but now he seems to harbour - or at least turn a blind eye - to the Marthas in his house running a rebel cell. So much of it is presenting as one thing, and doing another thing behind closed doors. Of course, maybe that's the central irony of most religious fundamentalism. Christian teaching tells us that we are to love our neighbours and do no harm, yet the seemingly pious leaders of Gilead hang people at the first available opportunity and maim, rape and slaughter people whenever they feel like it. 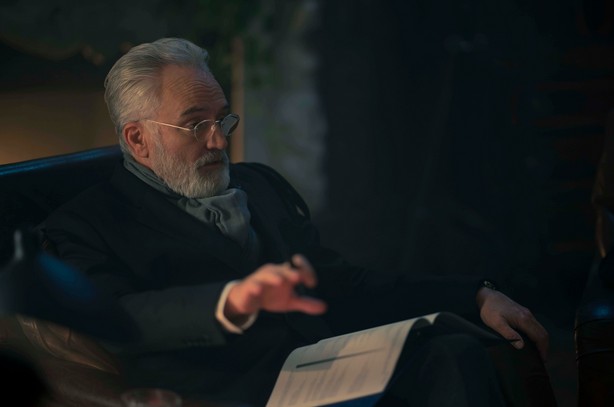 The first two episodes do a good job of placing all the characters back in position for what's to come, and we get a full recap of what they're about, why they're there, and what they're capable of. Emily, now a free woman in Canada, is struggling with the trauma that Gilead has visited upon her. Moira (Samira Wiley) and Luke (OT Fagbenle) are bristling against one another as they try to figure out how they can get June out of Gilead, while also caring for the baby Emily brought with her. June, meanwhile, is trying to put herself to use in the resistance and figure out how she's going to get her daughter back.

It's all there, but the third season needs to actually start pushing towards something actually happening. It can't be another season of wheel-spinning and endless misery, because the truth is that if it goes for another ten episodes of torture and gruesome, almost leering brutality, what's the point? Does it just continue indefinitely? When do we actually start to see people take action?

Yes, there are horrors in Gilead and yes, the people who have gone through are fleshed and made real. Now let's see them do something about it.