Some great new shows on the way this year.

There are lots of great shows returning to your screen in 2020 like the third season of 'Succession' and the final season of 'Schitt's Creek. However, there's also a shed load of new shows with some fantastic writing talents behind them along with a few A-listers to boot.

Check out the new TV shows we are most looking forward to below:

This highly anticipated series will premiere around the world on Amazon Prime Video on Friday, January 24th, 2020. It features Sir Patrick Stewart reprising his iconic role as Jean-Luc Picard, which he played for seven seasons on 'Star Trek: The Next Generation'. The new series will follow this much-loved character into the next chapter of his life. Alongside Stewart, 'Star Trek: Picard' will also star Isa Briones, Santiago Cabrera, Michelle Hurd, Alison Pill, Harry Treadaway and Evan Evagora. 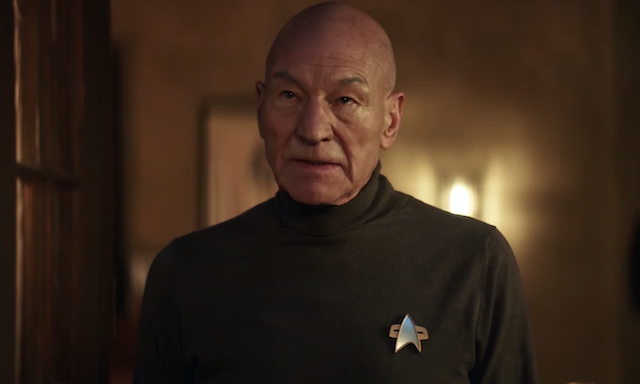 HBO
Kicked off on Sky Atlantic on Monday, 13 January at 9pm

Adapted from Stephen King's acclaimed novel of the same name, 'The Outsider' stars Jason Bateman and Ben Mendelsohn. It already kicked off on Sky Atlantic on Monday but no doubt you can catch up. It centres on police detective Ralph Anderson (Mendelsohn) who sets out to investigate the mutilated body of 11-year-old Frankie Peterson found in the Georgia woods. The mysterious circumstances surrounding this horrifying crime leads Ralph, still grieving the recent death of his own son, to bring in unorthodox private investigator Holly Gibney, whose uncanny abilities he hopes will help explain the unexplainable. 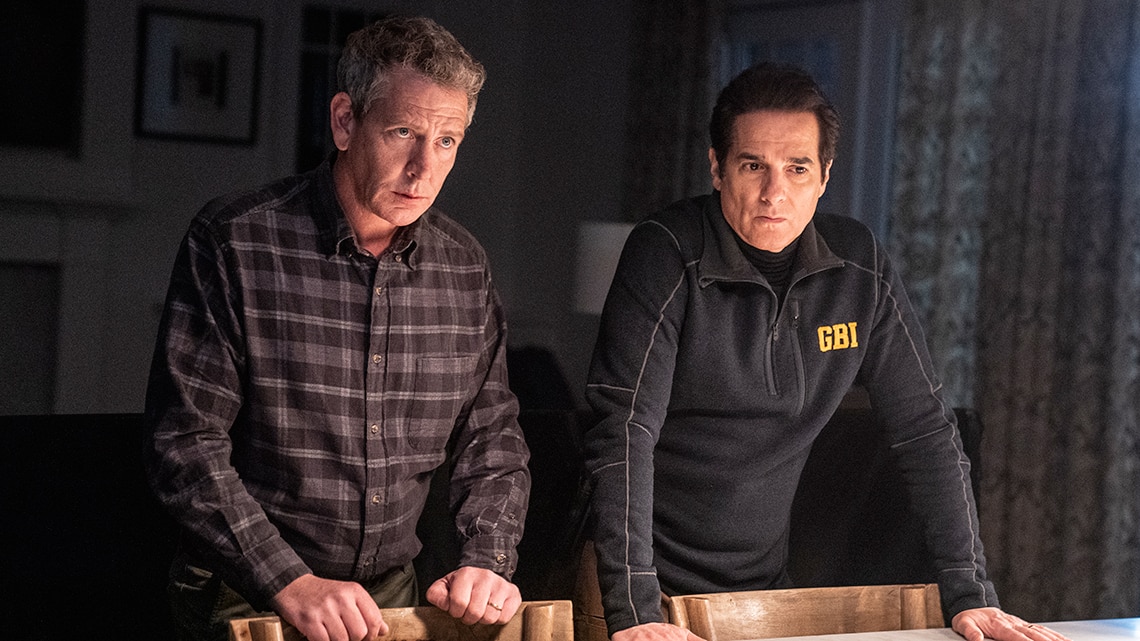 'The Big Sick' co-writers (and husband and wife) Kumail Nanjiani and Emily V. Gordon developed this series along with former 'Office' writer and producer, Lee Eisenberg and Alan Yang ('Master of None'). It's an anthology series that follows the American immigrant experience with stories ranging from uplifting to comedic. The show has already received a 100% critic score on Rotten Tomatoes, making it Apple's best-reviewed TV series since it launched in November. It's also already been renewed for a second season, so it certainly sounds promising.

A new series from Armando Iannucci, the man who brought you 'Veep' and its original UK version 'The Thick Of It', as well as 2017 flick 'The Death of Stalin'. 'Avenue 5' is a sci-fi comedy series set 40 years into the future when the solar system is everyone’s oyster. Hugh Laurie takes the lead as the "unflappable captain of a luxury interstellar cruise liner" in space which is set "to have anything other than smooth sailing". Zach Woods and Josh Gad also star.

Executive produced by Jordan Peele, Al Pacino (!) takes the lead in this upcoming series from Amazon Prime about "a diverse band of Nazi Hunters living in 1977 New York City". Pacino plays their leader, an Auschwitz survivor determined to take out the remaining loyalists to the Third Reich. Pacino hunting Nazis? We're in.

6. 'The Plot Against America'

HBO is clearly loving the alternate history stuff at the moment with last year's 'Watchmen' and now this upcoming adaptation of Philip Roth's famous novel. It hails from 'The Wire' creator David Simon and looks at an America where Charles Lindbergh is elected president and anti-Semitism begins to rise. Winona Ryder takes the lead along with Zoe Kazan and John Turturro. 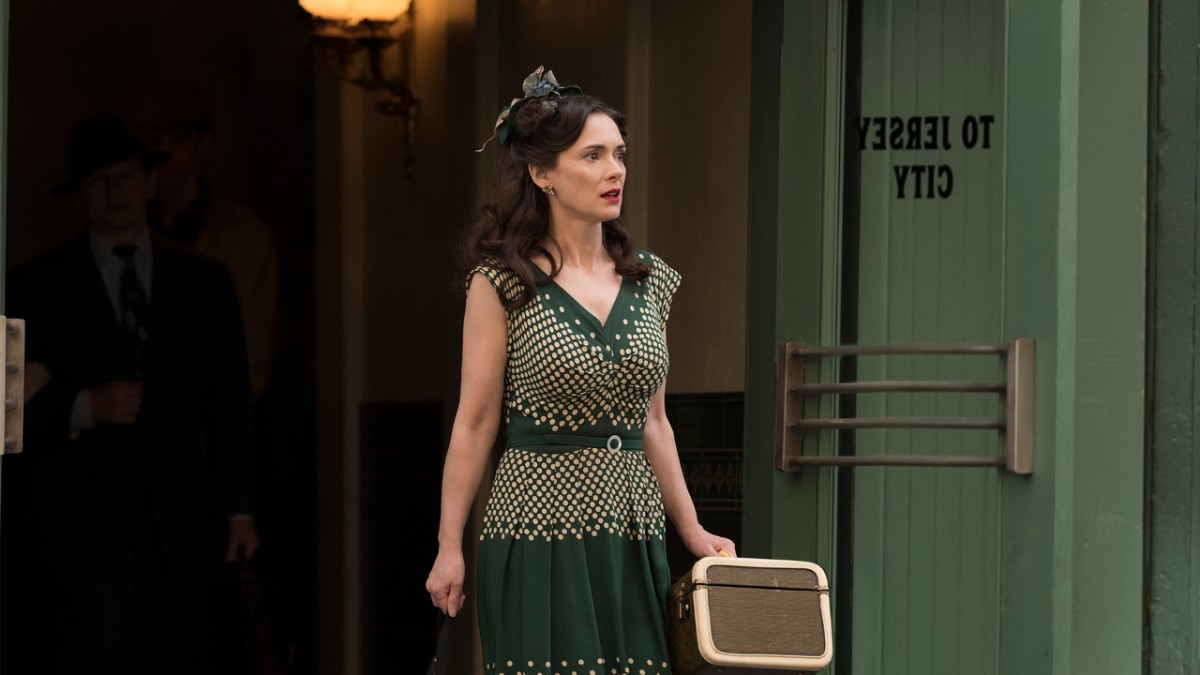 Netflix
May 1st, 2020 (Reported air date but that may change)

TV stalworth Ryan Murphy brings yet another series to our screens. (Murphy made 'Glee', American Horror Story', 'American Crime Story', The Assassination of Gianni Versace', 'Pose', 'The Politician' and more.) This time he looks at Tinseltown circa the 1940s. Darren Criss will collaborate with Murphy once more following his Emmy-winning turn in 'The Assassination of Gianni Versace'. Criss is set to take the lead and while we still don't know details of the plot, Murphy has described it as a "love letter to the Golden Age of Tinseltown". 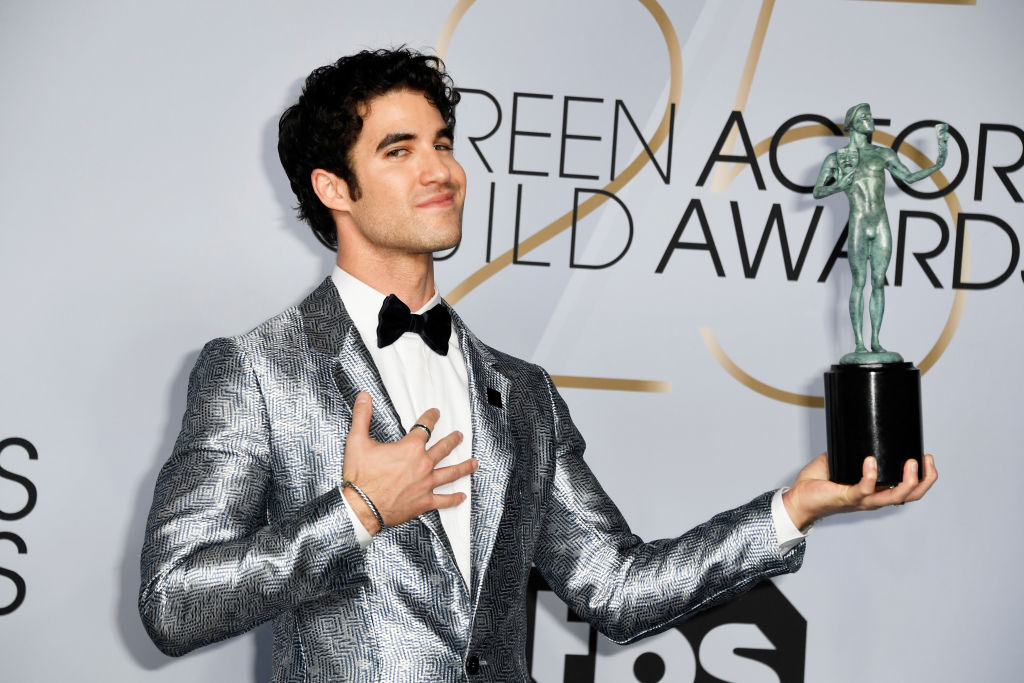 If you love 'Who Wants to Be a Millionaire', then you cannot miss this new drama based on the infamous coughing cheating scandal in the early noughties. And the cast! We love the cast. The ITV co-production stars Fleabag’s Sian Clifford and Succession’s Matthew Macfadyen as the couple who were accused of cheating. While Michael Sheen stars as gameshow host Chris Tarrant, 'Peaky Blinders' favourite Helen McCrory stars as Sonia Woodley QC and our own Aisling Bea ('This Way Up') stars as ITV Entertainment Commissioner Claudia Rosencrantz. 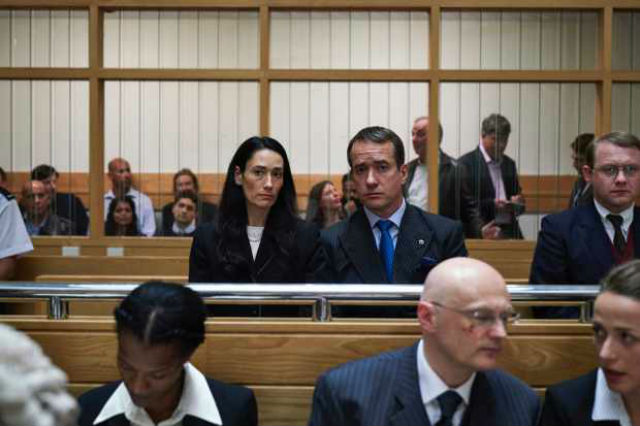 If like us, you fell in love with Irish author Sally Rooney's book 'Normal People', then no doubt you are as excited as we are for the adaptation. We can only hope it does it justice but it's in good hands with Oscar-nominated director Lenny Abrahamson at the helm and Rooney very much on board too. 'Normal People' follows the relationship between Marianne and Connell from their school years in the west of Ireland up to adulthood. The 12-part series is described as “an exquisite and compulsive modern love story about how two people can profoundly impact each other’s lives". 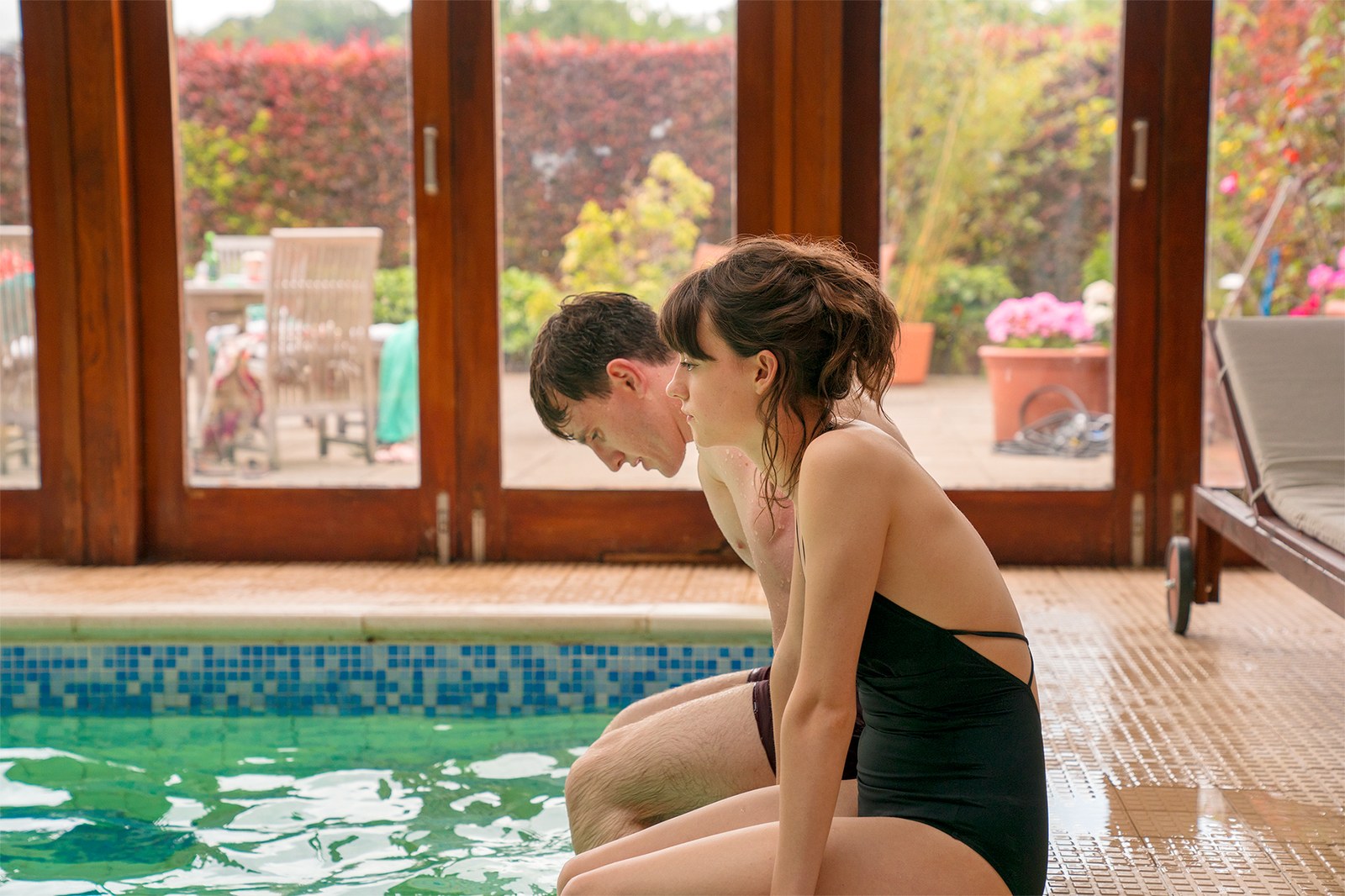 Another Ryan Murphy show to make the list. Although he serves as producer here, with Evan Romansky creating the series. 'Ratched' is the origin story of the iconic Nurse Ratched from 'One Flew Over the Cuckoo's Nest', the novel by Ken Kesey which was adapted into the famous flick starring Jack Nicholson in the 1970s. It will see Ryan Murphy fave Sarah Paulson take the lead as the formidable nurse and will follow Ratched's journey and evolution from nurse to the monster we all knew and loathed. 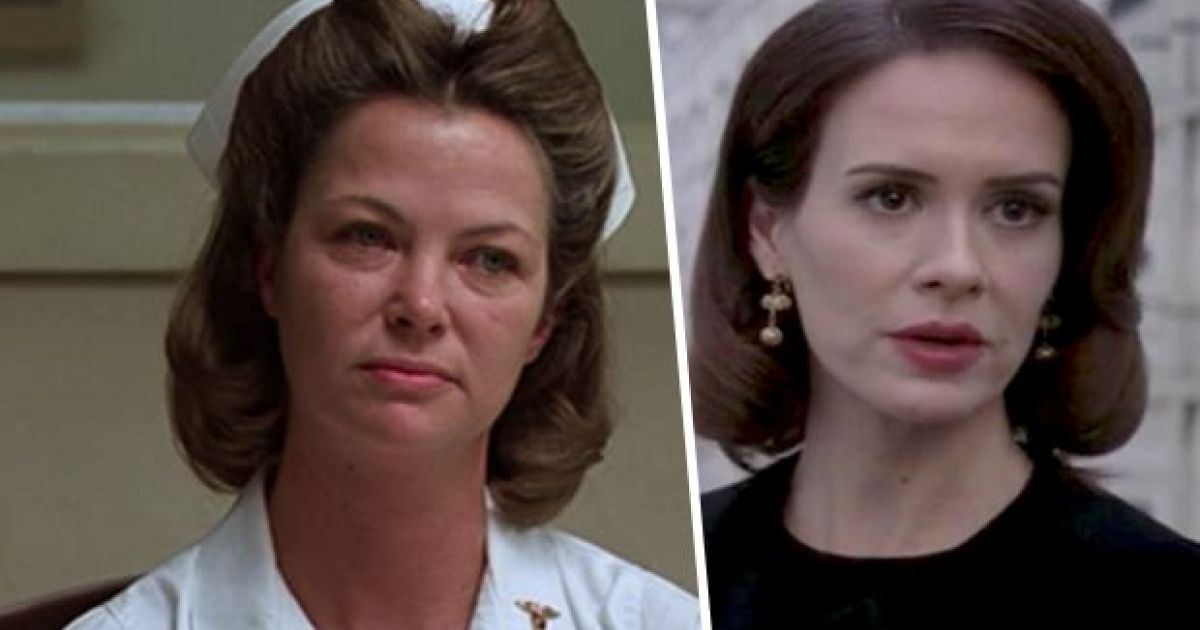 This show stars and is executive produced by Phoebe Waller-Bridge, so you're probably already sold. To add to what will already be a great deal of interest, Domhnall Gleeson co-stars along with Merritt Wever ('Unbelievable'). It's created by Waller-Bridge's frequent collaborator Vicky Jones, who directed 'Fleabag', and centres on the character of Ruby (Wever). A woman living a humdrum existence who one day gets a text inviting her to fulfil a youthful pact which involves tapping out of her life to take a journey with her oldest flame (Gleeson). Waller-Bridge has a recurring role as a character called Flick. 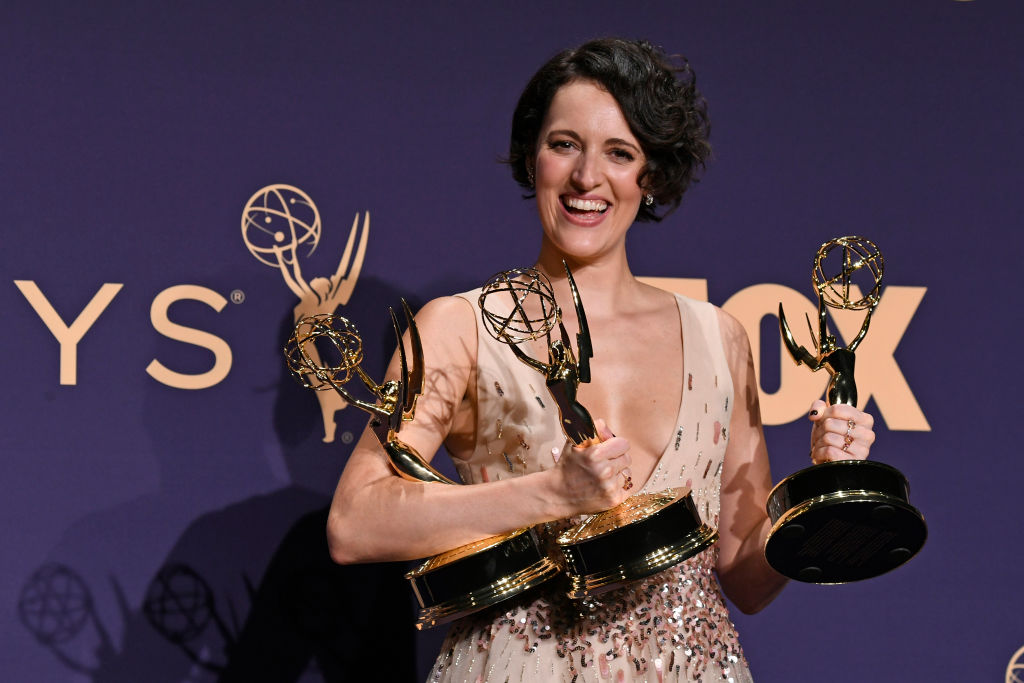 Nicole Kidman and Hugh Grant star in this upcoming drama series based on the novel 'You Should Have Known' by Jean Hanff Korelitz. Kidman executive produces and reunites with 'Big Little Lies' showrunner David E. Kelley, who is on board as writer and showrunner. 'The Undoing' follows Grace Sachs (Kidman), who is living the only life she ever wanted for herself. She’s a successful therapist on the brink of publishing her first book, has a devoted husband and young son who attends an elite private school in New York City. All is going well until a catastrophic death sparks a tragic chain of events. Kidman said recently, "The great thing about the series – and what really drew me to it – is that it’s so twisty and nothing is as it seems." Hmm, you have our attention. 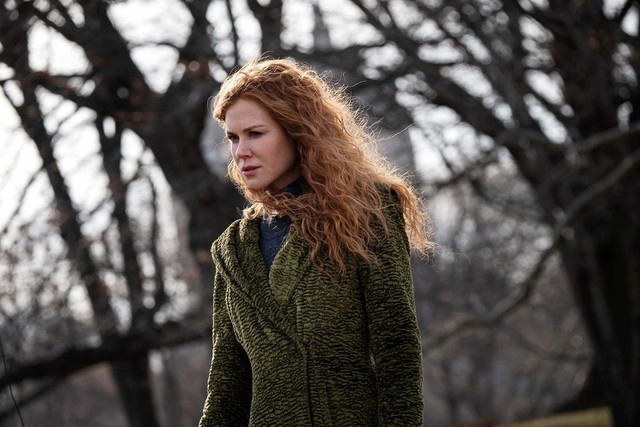