"I do speak to other people"

Reports have been flooding in that Molly-Mae Hague is feuding with a whole bunch of her fellow 'Love Island' contestants'. However the runner-up on the reality series is determined to quash the rumours.

Earlier in the week, former Islander Lucie Donlan claimed that "no one really speaks to [Molly-Mae]" anymore.

She told The Sun: "A lot of people are doing their own thing. I guess they're concentrating on their future and stuff which is really good and it's nice to see them doing really well.

"I guess it's such a shame we don't keep in touch as much as we all should."

Molly-Mae responded to the comments: "Yeah, not really, because it’s not the case. I do still see the people that I was close with in the villa and Lucie and I weren’t close in the villa.

"So she would say that because I’d say the same about her because we don’t speak, we weren’t close. And obviously circumstances just mean that we’re not close like that.

"So it didn’t surprise me an article like that came out because it is the case, we don’t speak.

"But I do speak to other people, I’m very, very close to Maura [Higgins] and I was on the phone to her last night for two hours. The people that have been close to in the villa, I speak to and that’s completely untrue. I didn’t even blink twice at it." 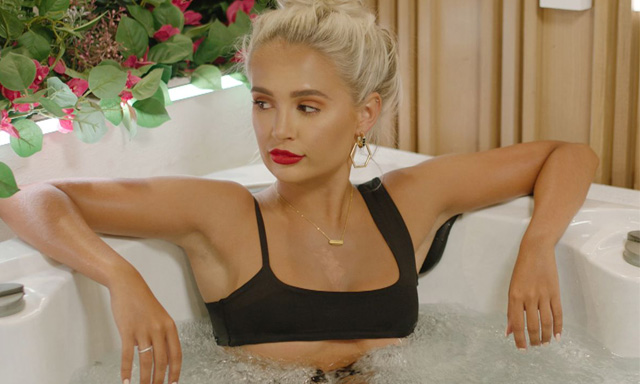 Molly-Mae is also said to no longer be on speaking terms with Belle or Anton. The couple have split since leaving the villa.

The latest has it that there's also a rift between her and Yewande Biala after she didn't invite the Irish contestant to her clothing launch party.

Molly-Mae invited Anna Vakili's non-Islander sister Mandi to the event, leading some fans to criticised her for not inviting Yewande.

However the influencer insisted the move was not meant to be "nasty". She said she was shocked Yewande had been upset by the situation and argued they were never friends.

Molly-Mae told The Sun Online: "At the end of the day, I invited people to the party that I was really close with in the villa. It was nothing against Yewande. I think she is a great girl.

"I wasn't close to her and she would admit that herself. It would be wrong for her to say that we were because we barely spoke. We weren't in the same group.

"Her, Anna and Amber were very close and that is just how it was, it was never out of malice that I didn't invite her.

The star added: "I definitely don't want Yewande to think anything was nasty from me on that point because it wasn't, and I was upset to see that she was a bit upset by it. I didn't think that she would be."

Regarding her feuding with the other islanders, she added:

"I'm the least argumentative person on the planet, all the feuds are absolute rubbish.

"I have not had one argument with anyone since leaving Love Island, everybody has been great.

"I am still friends with everyone, I am still supportive of everyone, we will always back each other 100%."