He went from hero to villain faster than his head turned from Amber to Joanna and back again but you have to admit 'Love Island' won't be the same without Michael.

'Love Island' said goodbye to Michael and Francesca on Sunday night's show after they received zero votes to save them from their fellow Islanders in a brutal three-way vote.

Both Francesca and Michael left with their heads held high, with Michael getting in one final (obviously prompted by a producer) chat with Amber before saying their farewells and jetting back to the UK to land straight in the ITV2 studios for 'Love Island: Aftersun' last night where Michael took a grilling and came face to face with Joanna for the first time since she was dumped from the Villa last week.

Before all that, however, Francesca and Michael both gave ITV some final quotes about their time on the show, which we're sure they'll be repeating all week as they crop up on 'Good Morning Britain', countless radio stations and any other outlet that gives them airtime in the final week of the show. 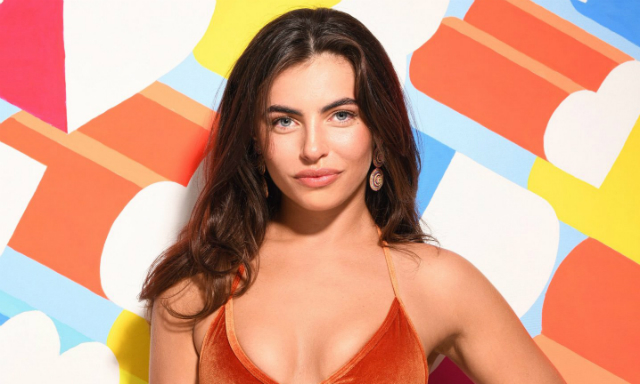 It was just amazing. The best experience. I learnt so much about myself in there and it was a massive life lesson for me. I made great memories and great friends in a short amount of time. It was a very positive experience.

Definitely, Jordan and Anna becoming a couple and all of us jumping in the pool when we found out – it was an amazing feeling. The challenges were always good. I was probably closest to Belle, she was the girl I was closest to. I love Anna too. We spoke a lot. Towards the end as well I really warmed to Amber so much.

I wouldn’t change who I coupled up with but I maybe would have opened up quicker. I went at my own pace so I am fine with that. I didn’t push myself into anything that I didn’t want to do.

Not sure – I don’t feel like I was there for long enough to make that kind of judgement. I keep being really surprised by Jordan and Anna being near the bottom of the vote. They do really like each other.

The most challenging thing was talking about my feelings and having to express how you feel towards other people. I think I would confide in my friends more as a result. It’s very important to talk about things and you realise that when you’re in the villa.

Belle and Anton. They care so much about each other. They took care of me as well really well.

I would definitely go back in but not for romantic reasons, just because it’s like a little family in there. Everyone is so lovely and it was so much fun.

How surprised were you to leave?

I wasn’t surprised at all. I didn’t find love and that’s the purpose of the show. I’m glad I went as Michael was ready to go and it gives everyone else an opportunity to grow as a couple, so I’m not disappointed. 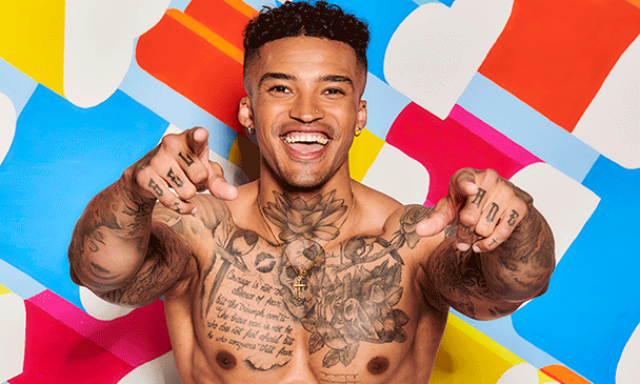 It’s been the most amazing experience of my life. I’ve made tremendous friends who I would now consider family. The people in there have been the easiest people to get along with and at the same time the toughest. They have helped me through certain situations when I’ve been at a low point and also been understanding when I’ve made decisions that were right for me.

Making some of the best friends I’ve ever made and doing some of the funniest challenges ever. Making a friend in Amber, and also finding Joanna. Anton from day one I knew would be a great friend – when he said he wanted to couple up with me, I knew we would get along really well. I also had great bonds with Danny, Jordan, Curtis and Tommy.

I would never change any of the couplings I was in. Yewande helped me realise what a nice girl she was and we got on really well as time went on. I wouldn’t change anything with Amber and Joanna. I wanted to couple up with Joanna as the interest was there. And ending things in a couple with Francesca – I never realised how funny she was until that recoupling.

I wouldn’t say anyone is game playing. I would say to start with people might not have been perceived in the right way but no.

Probably when Casa Amor happened and me and Amber fell out. Not actually speaking to her was really challenging. We were really good friends and I felt like, because of the tension between us and the fact I was trying to move on with Joanna, it made it a lot harder. Getting past that was difficult.

I think Tommy and Molly-Mae will go the distance and Curtis and Maura because of how things have developed between them. Maura seems very into him. I’m also backing Belle and Anton. As much as they bicker, he’s never handled a girl like Belle and she loves all the silly things about him.

How do you feel about Amber and Greg?

I did say I didn’t see Amber and Greg lasting but having spoken to her since I have seen more of them and seen how nice he is. Any conversation I’ve had with him has been really sweet and he has been so respectful about the situation. I said she needs to get to know him and give him a chance. Having seen them together more I see it working. He makes her smile and makes her laugh and she hasn’t instantly put her walls up with him. When I see him make her smile, it makes me smile.

No, I had the perfect time in there. The time was right for me to go. I had the best time ever and have come out with no regrets.

Everybody makes mistakes. Personal mistakes no. Everything I did was for me, but did I go about things in the right way? Not all the time. But I have reconciled things with Amber and at the end of the day, I’m only human. People make mistakes. I always said to Amber I never wanted to hurt her.

Will you speak to Joanna again?

I’m going to try and talk to Joanna but I know that she’ll have seen what’s gone on and I hope she understands I needed to make up to Amber. There was always going to be a natural draw between me and Amber because of how friendly we were. I did think about Joanna every day that she wasn’t there. She was always on my mind and I will try to speak to her.

'Love Island' continues tonight at 9pm on Virgin Media One.