Tensions are running high in the 'I'm A Celeb' jungle and you can put most of the falling outs down to being hungry and tired. However many viewers are now starting to feel that former footballer Ian Wright is treating Irish comedian Andrew Maxwell unfairly.

There have been a few run-ins between them already, and last night there was yet another as Ian took umbrage with Andrew going for a nap after his Bushtucker Trial which saw him win 10 stars for the group. Andrew and Caitlin Jenner were on washing dishes duty but he said to her, "We’ll do this later rather than do it in the heat of the day."

Caitlyn was happy for him to go and said she’d find someone else to wash up with her as Andrew had earned the rest. "Just go take a nap, you earned it," she said. Then Andrew happily sang his way off towards his hammock for a rest. 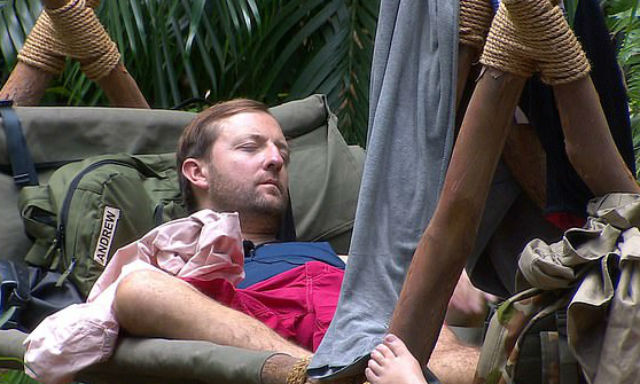 All was grand until Ian decided to voice his opinion on the matter when he saw that James was now doing the dishes with Caitlin. "It’s amazing some people are just not cut out for success. Don’t go and rest just kick on and do your job," he said. 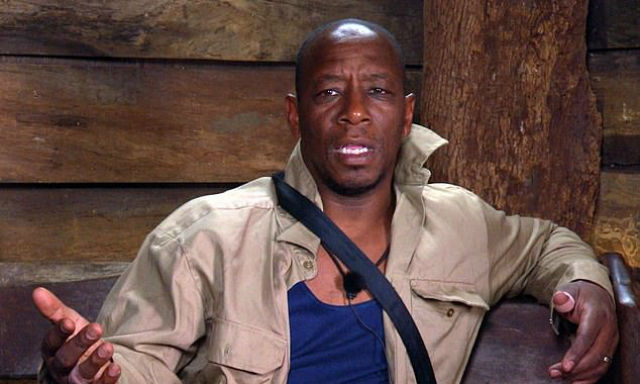 "James is our leader, he’s too nice and he’s gone down there with two buckets of hot water and scalded his foot because he didn’t do his job and just lead," Ian said in the Bush Telegraph.

He told fellow celebrities: "I’m having to hold myself in now it’s as well I’m not the leader because this wouldn’t be happening, he’d be down there doing it. We are grateful for the ten stars but at the same time you can’t get the stars and clock off or there would be anarchy. I don’t know how I’m going to let this lie. If this was in our football team you can’t see someone clock off because they’ve done a fantastic thing."

Ian and Roman noisily replaced the clean washing up disturbing Andrew’s rest. Ian confronted Andrew when he got up, telling him: "James went to help with the dishes and what I’m saying is that because you got the stars, Caitlyn wanted to do it (washing up) and you went to sleep and you didn’t do your job. We have so much time to sleep. Do you understand what I’m saying?"

Andrew said, "Fair enough" and agreed that “I’ll just do that in future." They both agreed there were no hard feelings.

However some 'I'm A Celeb' viewers felt Andrew was being picked on, and have called James Haskell out too for his general behaviour.

Thank you British public voting James and Ian for the next trial.. as a fellow Irishman, Andrew doesn't deserve the shit he's getting from those two control freaks. #ImACeleb pic.twitter.com/I0fDWQZOGG

The other campmates when James and Ian go off about every little thing.... #ImACeleb pic.twitter.com/e1j3p77QsF

James Haskel and Ian Wright are both prize twats disguised as gentlemen. Haskel actually thinks he is the boss. The way he talks to the women is medieval. And the way they both treat Andrew is real school yard bullying #ImACeleb

what is Ian Wright's problem with @andrewismaxwell ?? he's being a total di*k to him. Feel sorry for Andrew. Hope Ian is voted out before him! He does nothing but moan! #Ianwright #imaceleb

i think it’s borderline bullying now against andrew from ian and james. they’re always at him for no reason. #imaceleb

Here it’s not just cause I’m Irish but leave Andrew alone?? like he’s not saying he won & is too good to work. It’s hot + he done a trial he’s going to feel tired. No need to scrap him like he didn’t do his part when he was the 1st one to do a trial on his own thanks x #ImACeleb

'I'm A Celebrity' continues tonight on Virgin Media One at 9pm.

'Love Island' star Dani Dyer has had her first baby