Its first recipient is truly worthy

The Golden Globes have introduced a new award this year. Fear not, this isn't going to provoke the same controversy as the Oscars' 'Best Popular Film' prize.

The Hollywood Foreign Press Association, which conducts the Golden Globes, will hand out a new lifetime achievement award for television at this year's ceremony.

Its inaugural recipient is Carol Burnett.

The award will bear her name as the Carol Burnett Award from here on out. In this way, the award is the TV equivalent of the HFPA's Cecil B. DeMille, which honours those who have made significant accomplishments in the film industry.

Carol Burnett is an American actress, comedian, singer and writer. She is best-known for her television variety show, 'The Carol Burnett Show', which was the first of its kind to be hosted by a woman.

Her career spans seven decades of television. Movie musical fans will know her as Miss Hannigan in 'Annie.' 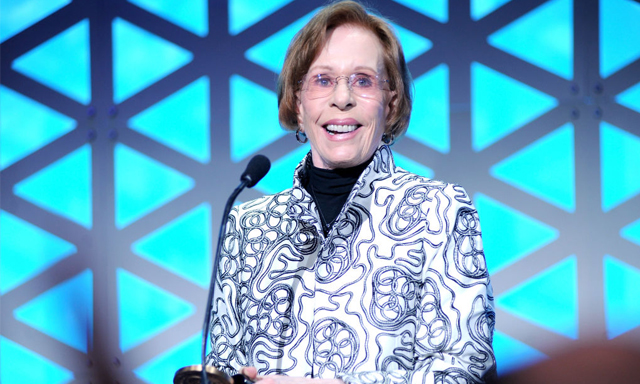 The new award was first announced during the unveiling of the Golden Globe nominations.

“For more than 50 years, comedy trailblazer Carol Burnett has been breaking barriers while making us laugh.

“And now we add another first to her running list: the first recipient – and namesake – of the new Golden Globe top honor for achievement in television, the Carol Burnett Award. We are profoundly grateful for her contributions to the entertainment industry and honored to celebrate her legacy forever at the Golden Globes.”

According to a press release from HFPA, future recipients “will be chosen based on their body of work and the lasting impact that their television career achievements have had on both the industry and audiences.”

'The Den' is officially making a comeback