'Beverly Hills, 90210' is getting a reboot... with the original cast this time

The hit '90s show is making a comeback

This is not one we saw coming but sure if everyone else is doing it, why not?

'Beverly Hills, 90210' was one of the most popular TV shows of the '90s and made stars of its cast which included Shannen Doherty, Jason Priestley and Tori Spelling. A popular spin-off of the series called just '90210' aired between 2008 to 2013 with some of the former stars popping up in that.

However, this CBS reboot is set to bring back most of the original cast, including Brian Austin Green, Gabrielle Carteris, Ian Ziering, Jennie Garth, as well as Priestley and Spelling, according to The Wrap. Luke Perry and Doherty's involvement is still up in the air but that could easily change. 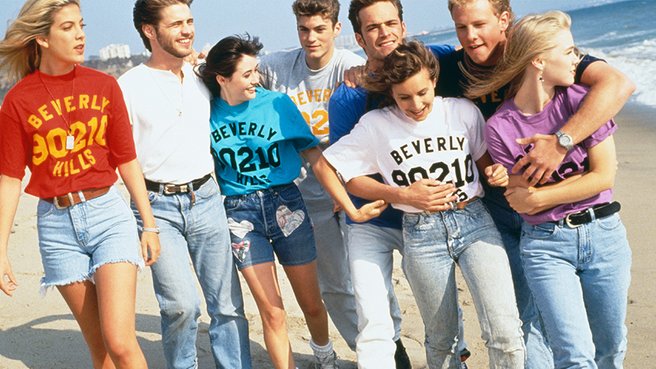 'Beverly Hills, 90210' ran from 1990 to 2000 and was a hit in the US and beyond as we followed the lives of this group of Californian friends from high school into adulthood.

Have to say, this is one reboot we can't help but let our inner '90s kid freak out about.

Not everyone was happy with last night's 'Love Island' winners