You can't unsee this

Danny DeVito is an icon and don't you forget it.

Between his roles in acclaimed features like 'One Flew Over the Cuckoo's Nest' and 'Terms of Endearment', 90s classics like 'Batman Returns' and 'Matilda', and voice roles in the likes of Hercules' and 'Space Jam', everyone has some favourite Danny DeVito performance. The guy is simply a treasure.

At the same time, seeing the 'It's Always Sunny' star with boobs isn't something anybody asked for.

Now that it's in our lives we're confused, and highly amused. 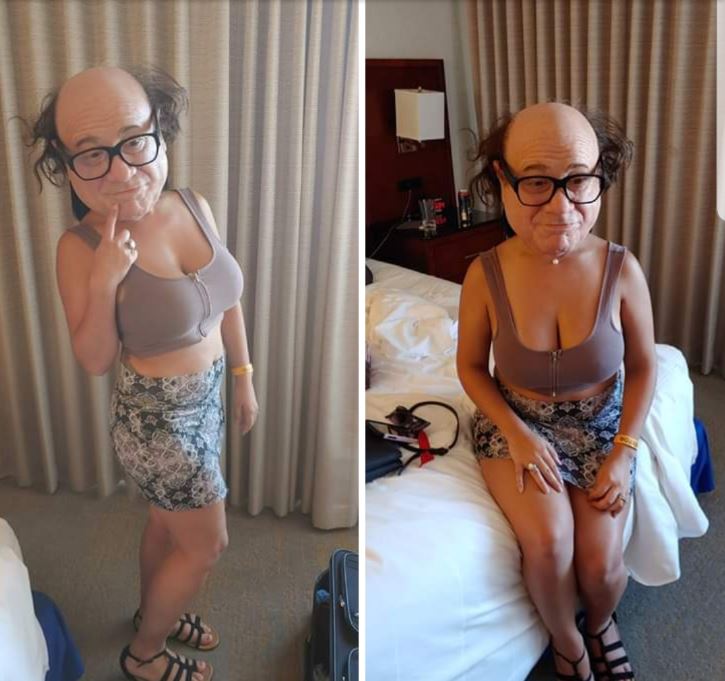 With Halloween just weeks away, we reckon this realistic mask is going to be everywhere.

Kanye West announces he's running for US President this November

Brie Larson has launched her own feel-good YouTube channel

The Irish nation praise Dr. Tony Holohan for his incredible work this year

Ireland 'Simpsons' Fans strikes again with the most on-trend video