Sure there he is and all.

As previously reported, Matt Damon is currently living in Dalkey and enjoying all that the locality has to offer.

While waiting for restrictions to lift and Ridley Scott's 'The Last Duel' to restart production, Damon has spotted in a few places around the South Dublin locale, mingling with locals and generally being a tourist. Until now, that is.

This photo, posted on Twitter, has been reshared well over 5,000 times and proves that Damon has gone full native. Here's the tweet in question.

Yes, that's Oscar-winning actor / screenwriter Matt Damon about to take a dip in the Irish Sea yesterday afternoon. Computer, zoom in on that bag in his left hand and ENHANCE. 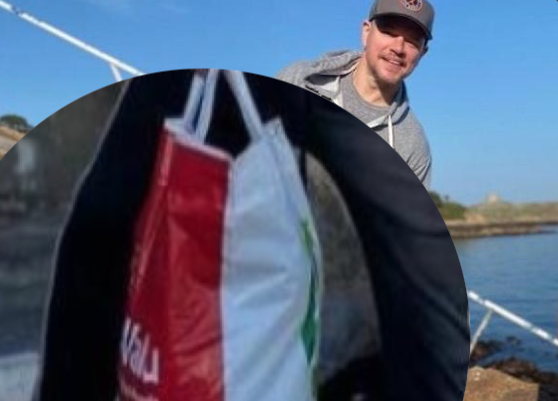 Jesus Christ, that's Jason Bourne - with a SuperValu bag holding his swimming togs. Needless to say, the very idea that Matt Damon has gone full native while locked down with us here in Ireland has only gone and lifted the nation's spirits at this time.

Take a look at some of the tweets on the photo so far.

Matt Damon joins the likes of Sean Kingston and Basshunter in the list of people just fucking around in Ireland constantly https://t.co/YENQHMAFOV