But Matt, you're definitely not two metres away from Mary

Matt Damon has been spotted out and about in Dalkey, Dublin of all places - and of all times.

In a bizarre turn of events, it appears that a huge Hollywood actor has been lying low in Ireland all this time. While filming of Ridley Scott's latest epic 'The Last Duel' was due to get underway in Ireland last month, because to the whole situation going on right now, production was halted. And not all of the cast have left the island to head home to their family and friends either - as we can see from the picture below. Matt Damon is in Dublin, people (or at least he was, anyway).

Pictured outside The Corner Note Cafe in Dalkey, Dublin, Matt Damon is said to have been chatting with locals in Dalkey village, as you can see from his picture with cafe owner Mary below. It's also been said that Matt was out having a jog around Killiney hill, so we expect foot traffic around this area to increase dramatically over the coming days (remember, we should all be staying indoors and avoiding contact with each-other).

Here's the picture of Matt Damon in Dublin with The Corner Note Cafe owner Mary Caviston. 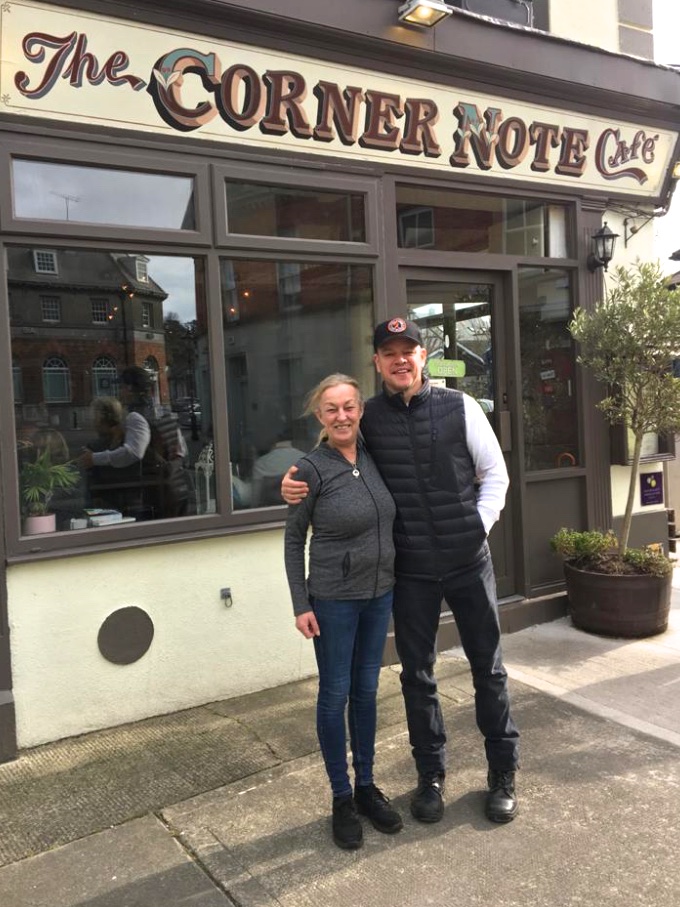 Production on 'The Last Duel' ceased a number of weeks ago on location in Meath. When production picks up again, Matt will be joined on screen by Ben Affleck, Adam Driver, and Jodie Comer. We wonder if any of these actors are currently tucked away somewhere around the area too...