Dalkey has truly adopted Matt Damon as one of their own.

Even though we're an Irish entertainment website and cover celebrity sightings in Ireland, there's always a hint of guilt about it.

For one, they're just people who are trying to enjoy the country the same as every other tourist. On top of that, there's the centuries-old understanding that you can't give anyone the attention because that's not what we do.

Another part of it is that Irish people know the reason why celebrities seem to come here is that we basically just leave them be.

Sure, you might spot an odd picture here or there, but generally speaking, famous people are left to their own devices while they're here. Doesn't matter if it's Matt Damon, Mark Hamill, Basshunter, Sean Paul, whoever - we as a nation understand that celebrity is fleeting, and sure why bother them in the first place?

The best example of this belief came on a Facebook group for Dalkey residents that was invaded by a New York Times reporter who was trying to get the inside story on how Matt Damon's getting on in the leafy South Dublin suburb.

LOVING Dalkey’s response to a NYTimes journo trying to get the goss on Matt Damon! #MattWho #Dalkey pic.twitter.com/6ErWRTO8gP

Needless to say, Dalkey residents took the request onboard and promptly rejected it because, well, it's nobody's business. Not only that, it's a national tradition to lie or clam up when someone in authority comes looking for someone. 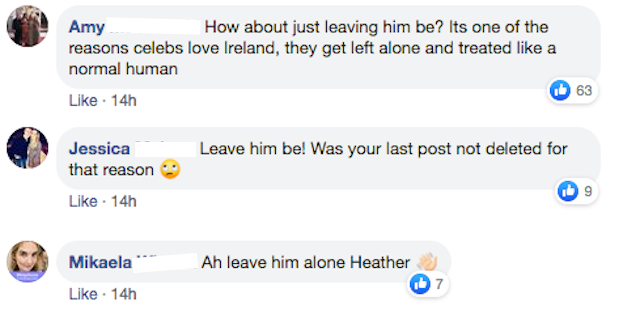 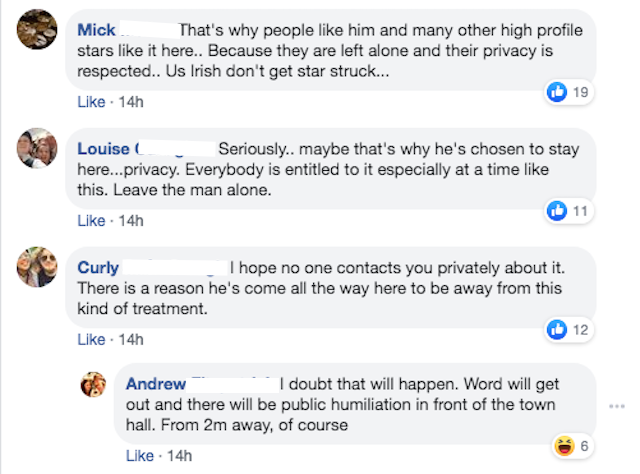 This comment, however, gets a special mention because... well, just take a look.

And now, 10,000 ducks cleaning out a rice field in Thailand