Ellen DeGeneres is of course renowned for giving her guests a scare, and that's just what happened with Teigen.

The Ellen Show host sent her Executive Producer Andy Lassner to accompany Chrissy through the house.

"One of my favorite things to do this time of year is to send Andy to a haunted house," the talk show host said introducing the segment. "I would like to say Andy was really brave, but that would be a total lie."

The duo put on a brave face as they entered the Purge Maze at Universal Studios Halloween Horror Nights. However, it quickly fades away. 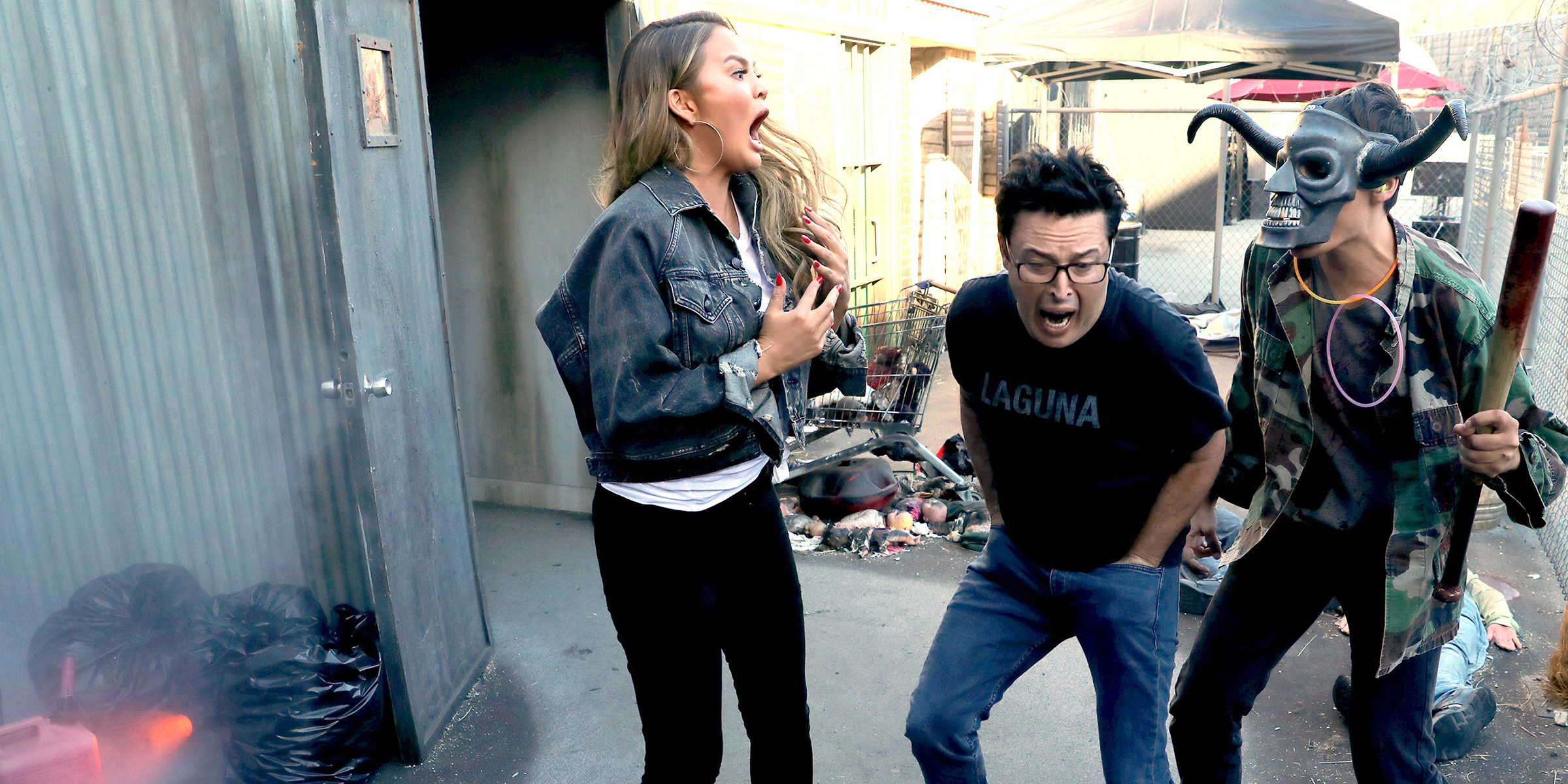 Andy Lassner and Chrissy Tiegan on "The Ellen DeGeneres Show" at the Warner Bros. lot in Burbank, Calif. (Photo by Michael Rozman/Warner Bros.)

The mannequin room is particularly scary with both participants often shrieking during the five-minute long maze.

Many of the scary characters appear more than once. There are no rules here!

Watch and be delighted below:

Kourtney Kardashian's wedding photos are here and we're in awe