Review: 'Cam' is a refreshing and modern psychological thriller

And this is where 'Cam' differs to other online-based movies like 'Nerve' and 'Friend Request'; it takes a decent stab at submersing the viewer into the real world problems that come with having an online presence. Coming from Blumhouse Productions, those guys who made 'Get Out' and 'Halloween (2018)', is sure to pique horror fan's interests.

'Cam' tells the story of cam-girl Lola (real name Alice) who has a dedicated following on her streaming website. Desperate to make it into the coveted Top 50 of the website, Lola pulls out all of the stops to make sure she rakes in those views. However, she wakes up one morning to find that another user has stolen her identity, and is streaming on the website using her account details. What comes after is a desperate attempt to find out how, and why, this has even happened.

Madeline Brewer, who has starred in 'Black Mirror,' 'The Handmaid's Tale,' and 'Orange Is The New Black' plays an extremely convincing Lola. Her opening sequence alone sucks you right into the world of being a cam-girl, and is among one of the best openings to a horror/thriller that we've seen for a long while. 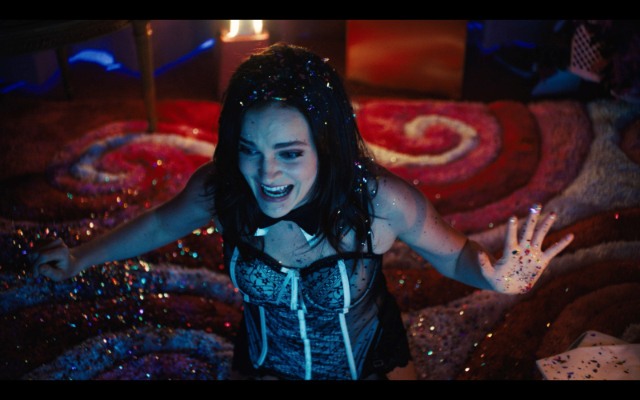 Madeline Brewer as Lola in 'Cam'

Written by Isa Mazzei, who is an ex-cam-girl, it's clear why the movie has been shown at various film festivals; the story of 'Cam' feels like it is genuinely happening right in front of your eyes. Mazzei has taken fragments from her past career, and brought them forward for Brewer to (literally) play with on-screen. The movie feels sexy and dark, while also not being too bogged down with either to make it feel trashy.

Of course, a movie surrounding the life of a cam-girl couldn't be told unless we met some of the typical seedy users that pay for the online service. The subscribers that Lola meets will leave you feeling like you need to have a shower. However for every dark and seedy moment of 'Cam', there's also the bright and vibrant setting of Lola's room; it's hot pink and very memorable. 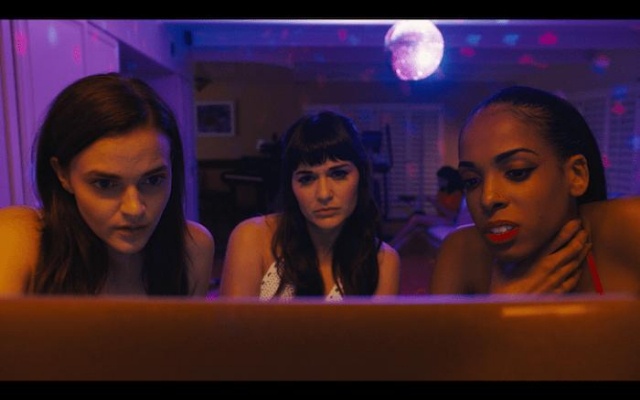 The girls search for answers in 'Cam'

'Cam' will give you an insight into a world you might not know too much about, in very memorable fashion. Albeit, you'll have to enjoy the movie while ignoring some gaping plot holes that just wouldn't happen in today's world. For example, Lola calls the police to report someone has stolen her identity; and naturally the cops who show up are only interested in watching porn and asking Lola inappropriate questions. It's frustrating, as the movie is miles ahead in one sense, while being held back in another. You'll just have to go along with it, and ignore other moments like this.

To conclude, 'Cam' is simply an enjoyable psychological thriller. It's refreshing in one sense, as a story about identity fraud has never been told in this setting before; and it's visually memorable. Just don't think too much, and let yourself be immersed into Lola's vibrant cam-girl world.