Our window on the world: why Irish cinemas are so important

Irish filmmakers and artists reflect on what cinema has meant to them.

Cinemas are more than just a temporary escape from reality, and their absence from 2020 has proved that. Video content creator Charlotte Reid explains why we need to support Irish cinemas this Christmas.

Back in "before times", a friend and I were debating the best cinema screen in Dublin. I was adamant that it was Irish Film Institute's screen three, while he was all for screen one in The Light House. It made me think how lucky I was to even be having that conversation. To have several arthouse Irish cinemas to choose from on any given day. All of them filled with character, history and stories of their own. This doesn't just apply to Dublin - Cork, Galway, Belfast, Westport - Ireland is filled with unique cinemas that satisfy our movie going needs.

As everyone knows, 2020 has been a tough year for the arts sector. Irish cinemas have taken their fair share of bad news: closing, reopening, then closing again. Lowering their capacities, seeing movies being released through On Demand distribution or get postponed indefinitely. Now they are reopening - for how long, who knows - it's a great time to reflect on the cinemas themselves. Movies will continue to be released thanks to streaming services, but why is the medium of cinema so special?

I asked some brilliant names in Irish filmmaking and the arts sector to talk to me about cinema and what it means to them. Unsurprisingly, they've been a place of sanctuary and inspiration. Director and film critic Mark Cousins remembers what cinema meant to him growing up in Northern Ireland during the troubles. They were not just a source of entertainment, they were a safe space where he could forget about daily life. As he puts it, "I felt I was sitting in winter, looking at summer."

Documentary filmmaker Ken Wardrop has brought us some heartwarming documentary features, including 'His & Hers' and 'Making the Grade'. He recalls a special moment when he was standing outside The Light House cinema. He overheard people praising 'His & Hers', completely unaware that the director was stood within earshot. I love the idea that you could be watching a film alongside the creator or passing a director in the lobby.

Ireland is full of storytellers, as actress and writer Tara Flynn points out. Cinema is a place to completely immerse ourselves in those stories. While watching movies at home has its place, it's often full of distractions. Of course consuming a film that fills your eyeline, accompanied by sound that rumbles through your whole body, is going to be far superior. 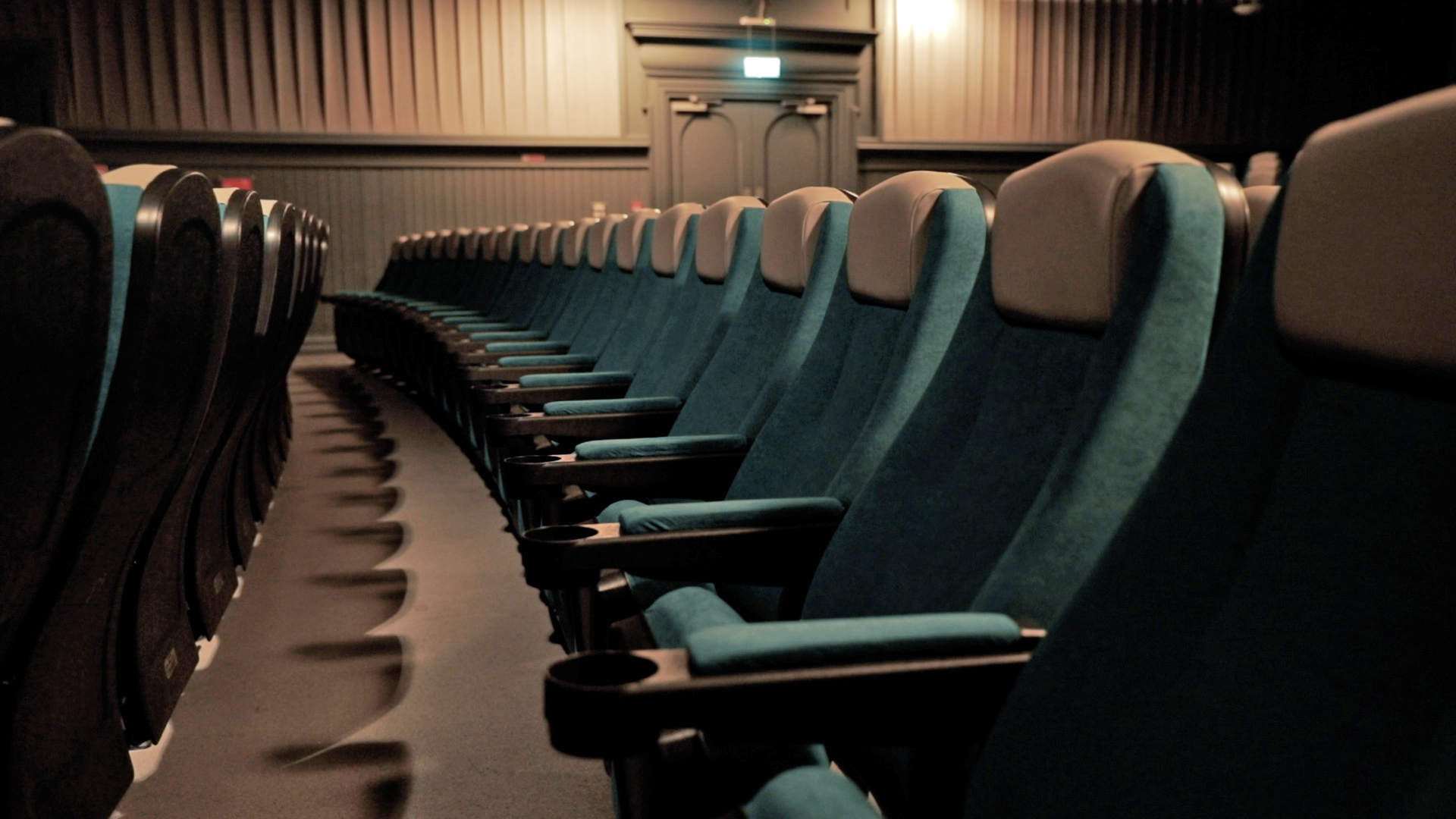 The IFI in Temple Bar

This December, Cartoon Saloon's 'Wolfwalkers' will be released in Irish cinemas. The animation studio has made some stunning (and Oscar-nominated) pictures in the past and Creative Director Tomm Moore is conscious of how cinemas are a space to show storytelling to the next generation. So many of us have special memories from cinema visits as children, it's important that every generation experiences this.

If you have time to watch our short video tribute to Irish cinemas, please do. Understandably, cinemas will have to close and reopen as restrictions change. Visiting them when they are open is a small way we can support them and ensure they are still around in the long term.

Thank you to Mark Cousins, Tara Flynn, Ken Wardrop and Tomm Moore for their contributions. As well as the cinemas: The Light House, The Irish Film Institute, Stella Theatres and Triskel Arts Centre.