6 points we have to talk about after 'Spider-Man: Far From Home'

'Spider-Man: Far From Home' is in cinemas now and there is a whole lot of buzz around it.

'Spider-Man: Far From Home' had to tick a lot of boxes. It had to follow up 'Endgame', shape what the MCU looks like after its dramatic events, and be an enjoyable, entertaining superhero movie in its own right.

Read our review here to find out to what extent it accomplished those goals. If you've seen the film, you'll know there's a lot to pull apart.

Here are the biggest talking points from the film and what we think they mean.

The multiverse was a troll

Yeah so remember how the promos for 'Far From Home' indicated that Quentin Beck is from an alternate dimension? Which itself implied that the MCU is going to be dealing with alternate realities (as was touched on in 'Endgame' when the idea of multiple timelines was discussed)? Well it turns out that was all bull. 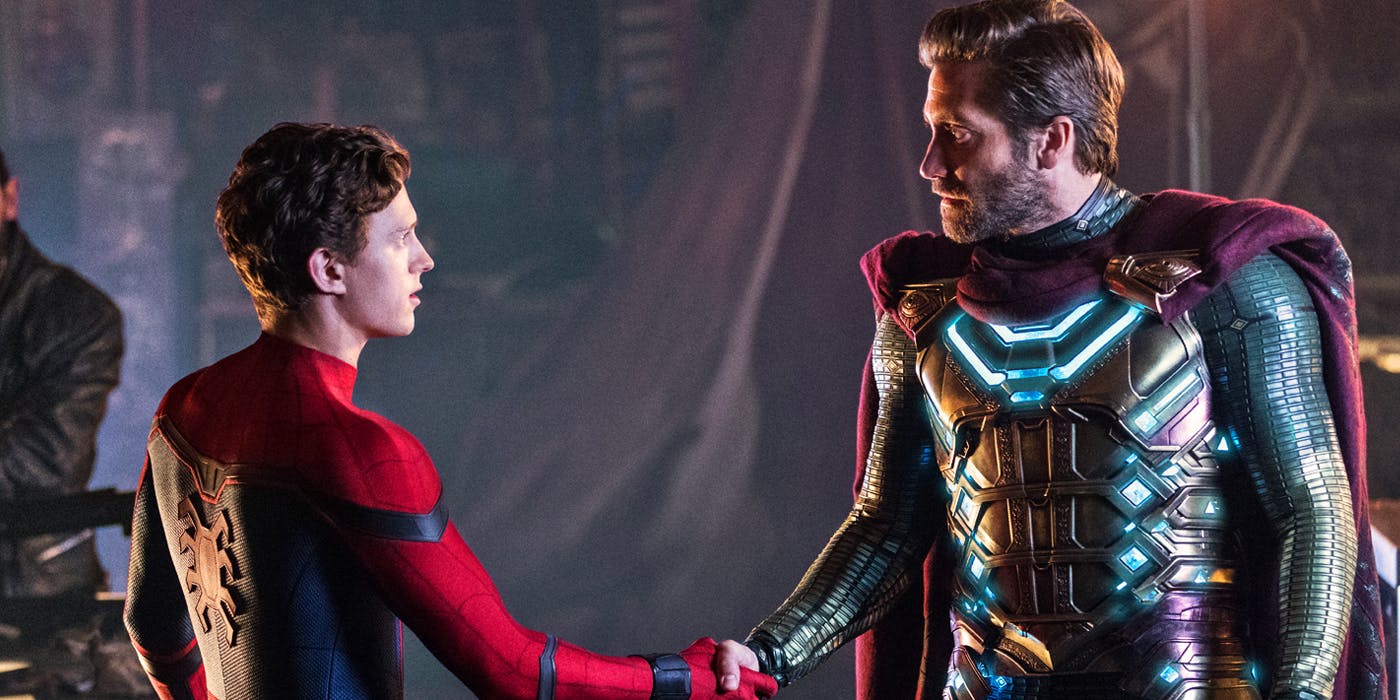 Quentin is revealed to be a fake who used drone technology to create the illusion that monsters called Elementals were attacking Earth and he was saving us from them. In reality he has no superpowers and this 'alternate dimension' he comes from is also fake.

It'll be interesting to see what this means for the future output of the MCU. Fans widely thought that 'Far From Home' would set up a multiverse, with future Marvel projects such as that Loki Disney+ series exploiting it. So what their next move could be is wide open. It also gives even more weight to Disney+ projects in the shaping of the MCU.

The twist that everyone saw coming

"Shock, horror! Quentin Beck was actually bad?! I am shocked". Said no one ever.

Really the issue with the lack of surprise there is two-fold. First you have the fact that Mysterio is a villain in the original comics, which was widely publicised in the run-up to 'Spider-Man Far From Home'. Then there's the fact that it's such a cliche superhero movie move to have the 'father figure' ally turn out to be a bad guy. There's almost something 'Scooby Doo' about it.

Plus Jack Gyllenhaal was not particularly subtle about whether he was good or a bad guy in interviews. Just lie and say you're the good guy Jake!

Did knowing the twist was coming take away from enjoyment of film? Not really. It also kind of shows that maybe Marvel don't need to be soooo protective of their plots. Because people are going to figure them out before the movies hit screens anyway.

While Mysterio definitely looked dead - and his death provided an important developmental point for Peter as he was not going to fall for illusions anymore - we would not be surprised in the slightest if he comes back. 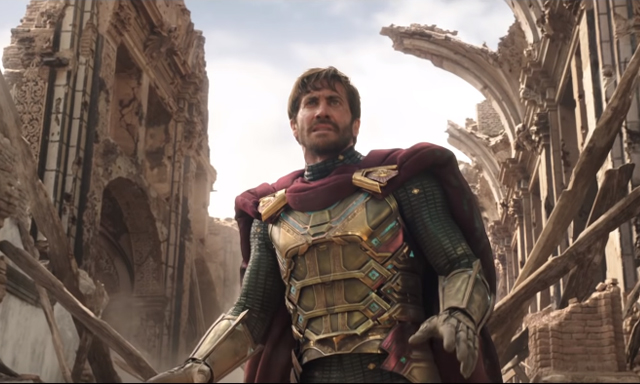 After all, the whole point of his character is that he's a master of illusions. So his death still could have been an illusion. Moreover, Jake Gyllenhaal was sooooo good in the role. And if he proves a popular and worthy asset to the Marvel stable of characters, why not? It wouldn't be the first time a character came back from the dead.

The true identity of Spider-Man is revealed

This was definitely the most important moment in the film - in what it sets up for the future of the MCU.

After a news broadcast revealed his identity in the 'Far From Home' mid-credits, the whole world now knows that Peter Parker is Spider-Man (and they also think he's a bad guy because Mysterio said so).

It's a move that's been done in the comics before, most notably in 'Civil War' when Spider-Man revealed his true identity to the public in support of Iron Man's cause (the original series was veeery different to the Marvel movie). Speaking of, the move also mirrors Tony Stark revealing that he is Iron Man which was a major kick-off point for the MCU.

Of course, the difference between those examples and this is that Parker is outed as such. But that's an interesting and important development regardless.

It emphasises that Parker, who is still a kid in this iteration of the character, isn't really in control. That could be a major theme but not just future Spidey outings but MCU films too - how else will the modern world negatively impact the good work that superheroes are trying to do?

Can we acknowledge that that mid-credits scene featured one of the best cameos in a Marvel movie ever? It saw J. K. Simmons, who was note-perfect as J. Jonah Jameson in Sam Raimi's original 'Spider-Man' trilogy, reprise that role which came so long before he gained prominence, and won an Oscar.

The editor-in-chief at The Daily Bugle did his normal anti-Spidey spiel before releasing that incriminating, revelatory footage from Mysterio. We've no idea whether this is a one-off appearance or whether Simmons will be back in future movies. Here's hoping it's the latter!

The post-credits scene with Nick Fury

That reveal at the end that Nick Fury and Maria Hill are actually Skrulls shows just how significant 'Captain Marvel' is to the MCU (that's where the Skrulls originally appear).

It makes sense too that the all-knowing Nick got Mysterio so wrong, because it wasn't like Nick at all! 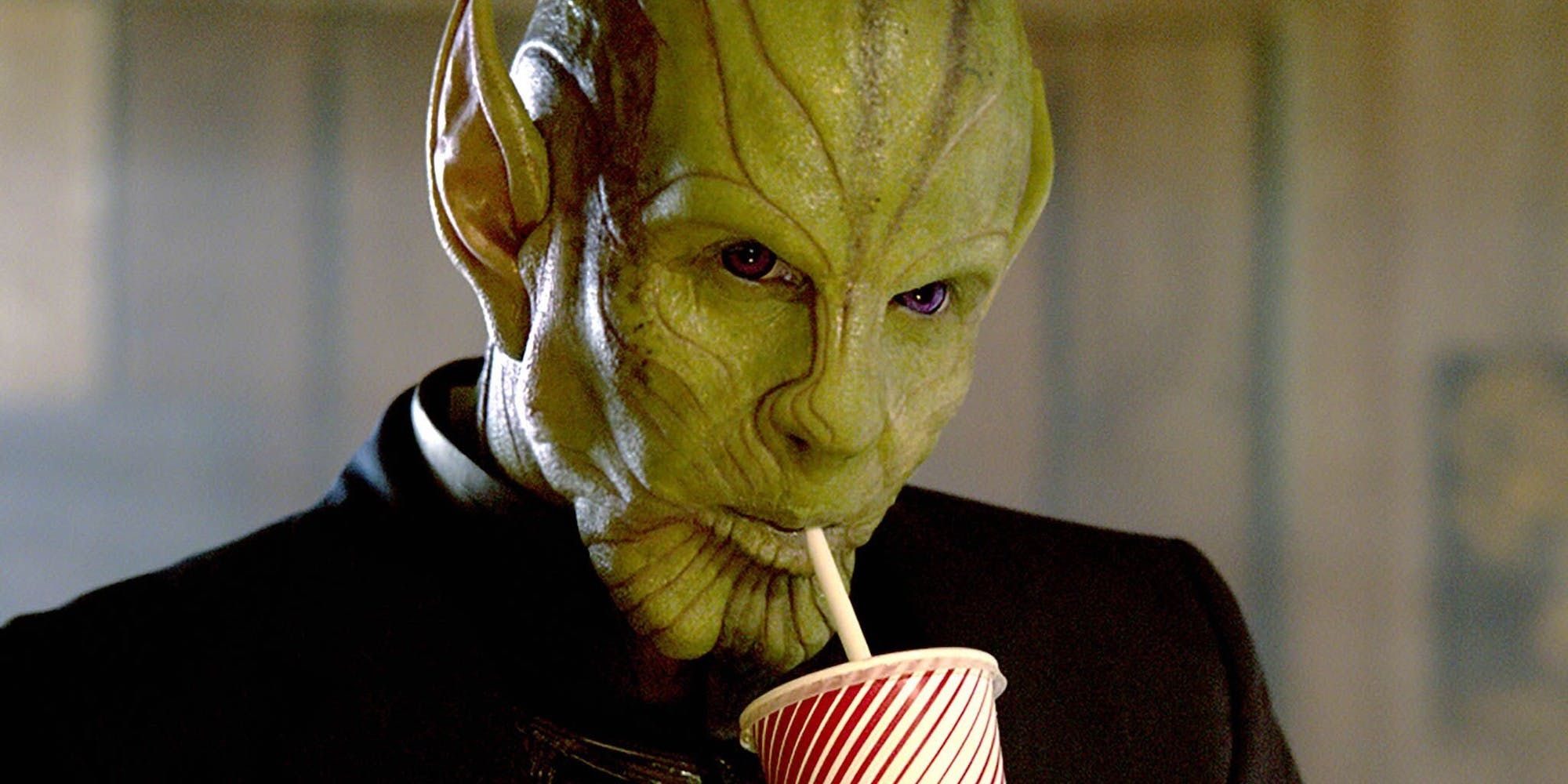 What follows is pretty open to interpretation as we see the real Nick emerge from a holographic beach and walk out onto a spaceship populated by Skrulls. Is he working with the alien race post-Endgame? Does that mean he reunited with Captain Marvel after the second snap brought him back? Is he going to remain in space while the Skrull Talos continues to assume his identity? How long has he been in space for? Have Carol Danvers, Nick and the Skrulls been in cahoots then since the 90s (when 'Captain Marvel' is set)? Is anyone else on Earth a Skrull?

More than likely a sequel to the Brie Larson-led superhero movie will fill in a lot of these blanks. Between that, 'Guardians of the Galaxy Vol. 3' and 'Black Panther 2' it looks like it's off to space for several chapters in the next MCU phase. We guess Peter might be largely alone to deal with the fallout from 'Far From Home' then.