What is 'The Legend Of Zelda'?

On this week's Gamer Explainer, we're diving into the world of Hyrule and Nintendo's wildly successful RPG series, 'The Legend Of Zelda'.

'The Legend Of Zelda', refers to a series of games created by Nintendo that follow the adventures of Link and his various quests to save Princess Zelda from the clutches of the evil Ganon.

That's probably the biggest misconception have about 'Zelda' and its main character. Most people look at the long-haired, elven-looking character and assume that it's A) a girl, and B) that the character is called Zelda. Not so. The central character in each and every game is called Link, but some of the games allowed an option whereby the player could name the central character whatever they desired. The default name, however, was and is Link. 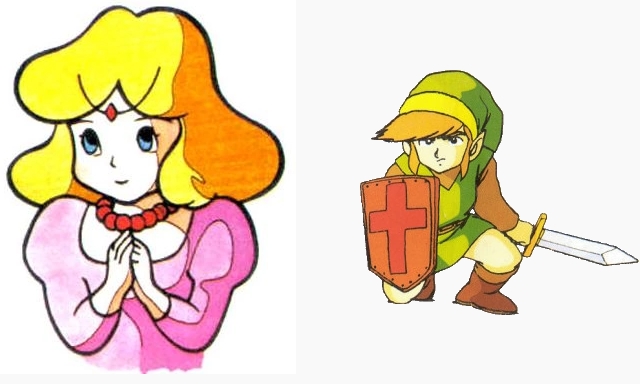 Zelda (left) and Link (right), taken from the game manual from 'The Legend of Zelda'

The first game in the series, 'The Legend of Zelda', was initially released on the Famicom - the Japanese version of the Nintendo Entertainment System, or the NES for short - in 1986 and then released to US and European markets in 1987.  Players control Link and guide him through the world of Hyrule as he fought monsters, collected keys and items, to eventually defeat Ganon and rescue Princess Zelda. 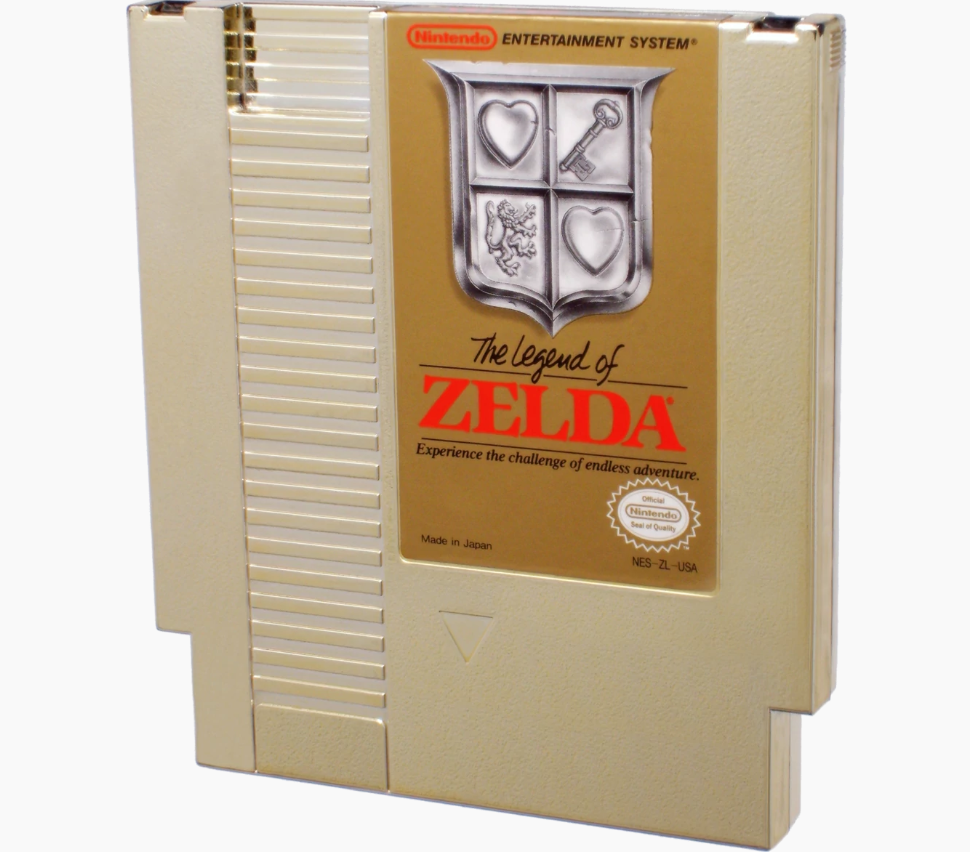 The distinctive gold cartridge for 'The Legend Of Zelda'

Another feature that was unique at the time was the ability to save player's progress through the game. Up until this point, your progress in a game was erased whenever you switched off the NES console. For example, if you reached the eighth level of 'Super Mario Bros.' and you turned off the console, you'd have to start back at the very first level when you turned it back on. Some games came with a password feature, meaning that when you completed each level, you were given a password that would allow you to start at that level the next time you played the game. 'The Legend of Zelda', however, used a battery backup in the cartridge that allowed players to save their progress and continue on from where they left off.

This was important, as it was such a vast game that it would often require players to spend hours or days trying to solve its various puzzles. Not only that, it was the first game on a home console not to feature a nonlinear path. If you went left or right on the screen didn't specifically matter, as the game was open-world and allowed players to explore caves and forests at any point.

Up until this point, games like 'Super Mario Bros.' and 'Castlevania' were side-scrolling platform games, meaning that your character would move or scroll across the screen, jumping from platform to platform in order to reach the end of a given level. 'The Legend of Zelda' didn't follow this pattern, and instead relied on the player to move and explore the map and find clues, items and keys to help them along the way.

To say that 'The Legend of Zelda' was influential is an understatement.

It represented a seismic shift in how games could be used vehicles to tell stories, and more specifically, pushed the boundaries of what was possible in console gaming up until that point. Role-playing games, up until the release of 'The Legend Of Zelda', were confined solely to personal computers, the Commodore C64, the Amiga and the Apple II. 'The Legend Of Zelda' popularised the role-playing game and made it accessible to players who had never experienced such a richly detailed experience before. Without it, games like 'Skyrim', 'Mass Effect', 'World of Warcraft' and many others simply wouldn't exist.

And that's it for this week's Gamer Explainer! If you've got any suggestions for next week's column, or think we need to make some changes to this article, contact [email protected] with the subject line 'Gamer Explainer' and let us know.

What is VR gaming?

What is 'Fortnite' and why it is so popular?

'Final Fantasy VII Remake' is getting shipped out early