What is VR gaming?

On this week's Gamer Explainer, we're stepping into the world of virtual reality.

VR, or virtual reality, is any simulated experience created by artificial means, but has more recently come to be associated with gaming.

There are three different types of VR feedback - visual, auditory and haptic, which means what you see, what you hear and what you feel. With the visual, its done by a headset or glasses placed over your eyes that takes in a 360 view of the simulated environment. It can be anything from standing on the moon to flying a fighter jet off an aircraft carrier. Auditory means hearing, whereby you wear headphones to help simulate that experience. Haptic, meanwhile, refers to touch. That means you'd actually wear something like gloves or a vest that would then react to whatever happens in the experience.

Despite it only gaining wide appeal in the last five or six years, VR - to some degree or another - has been around since the '60s. Morton Heilig, who's considered to be the father of virtual reality, developed a machine in 1967 called the Sensorama that gave its users the feeling of what it would be like to ride a bicycle through Brooklyn. You basically placed your head inside this large box, and the images played on a projector that made it seem like everything was in 3D. 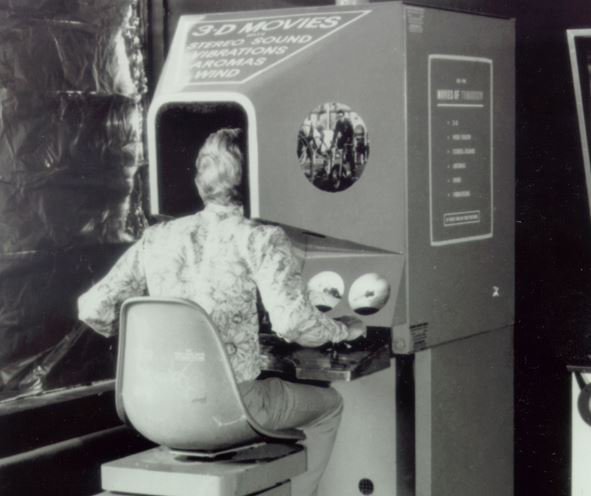 Throughout the '70s and '80s, VR technology continued to develop, but it was almost entirely out of the reach of average consumers. NASA developed VR programs for astronauts, aeronautical engineers used them for calculations, all of it exclusively for industry and technical use. Gaming companies only got involved with VR in the '90s, but even then, they were ultimately doomed by the inability of the technology of the day.

Sega and Nintendo both launched VR attachments and peripherals, but neither made any particular dent in the public's perception of VR. It wasn't until 2012 that VR well and truly entered the consumer space with Oculus Rift.

Originally funded by a Kickstarter campaign, Oculus Rift was eventually bought by Facebook for $2 billion almost two years after the campaign. Oculus Rift is primarily used on PC as part of the Steam gaming marketplace, and is considered the high-end of the VR marketplace. An Oculus Rift headset, which comes with its controllers, costs €479.99 in Curry's PC World and also requires a fairly substantial PC to play it on - which can ran up well up over €2,000 and higher.

Oculus and Facebook announced towards the end of last year that it's created a standalone VR headset called the Oculus Quest. That means you won't need a PC or any other console in order for it work. You simply put on the headset, pick up the controllers and it works all by itself. What's more, the Oculus Quest has what's called "six degrees of freedom", which means that you can actually walk around your room with the headset on. There's no wires, and the headset actively analyses your surroundings as well.

It's hard to know whether VR is just a passing fad, or if it's simply now a part of the gaming landscape. If you look at the sales figures for the Oculus Rift and the PS4 headset from last year, the figures appear to be sliding. According to data researchers Thinknum, the sales on Amazon.com for VR headsets declined steadily. While reviews have been decent for all of these headsets and the technology is updating at a regular basis, it does appear that VR hasn't had quite the impact that its developers would have you believe.

For example, motion sickness in VR is still a major issue. 'Ace Combat 7' has a PS4-exclusive VR section of the game that can cause motion sickness. Now, to be fair, you're flying fighter jets at high speed and dogfighting other fighter jets - so it's bound to get crazy and throw you off a bit. Still, anecdotal evidence suggests that VR still has some way to go before it becomes more widely accepted.

8 games you can introduce your partner to gaming with

7 mobile games that are actually worth playing