Nick Offerman to bring his new live show to Ireland

Ron Swanson is coming to Dublin

Actor, comedian, writer and woodworker extraordinaire Nick Offerman is coming to Dublin. He will be hitting the road for the first time since 2017, with his brand-new live show 'All Rise'.

Today Aiken has announced that Offerman's Irish fans will have the privilege of his company in Dublin’s Vicar St on Saturday 31 August 2019.

"My aim in this undertaking is to encourage my fellow Homo Sapiens to aim higher in life than the channels of consumerism would have us imagine," said Offerman.

Nick describes All Rise as "an evening of deliberative talking and light dance that will compel you to chuckle whilst enjoining you to brandish a better side of humanity than the one to which we have grown accustomed. Genuflection optional: in my church, you kneel as you please, or not at all!"

"It’s a proper revival suggesting the existence of a higher power in the land than commerce, one that will cause you to pop, lock and rejoice! Come on down and hear the good news that will make you go jingle-jangle in your juice box".

Offerman is an accomplished entertainer known for 'Parks and Recreation' (2009), 'The Founder' (2016) and 'Fargo' (2014). His role as Ron Swanson in 'Parks and Recreation', earned him a Television Critics Association Award in the US for Individual Achievement in Comedy. He is also a two-time nominee for the Critics' Choice Television Award for Best Supporting Actor in a Comedy Series. 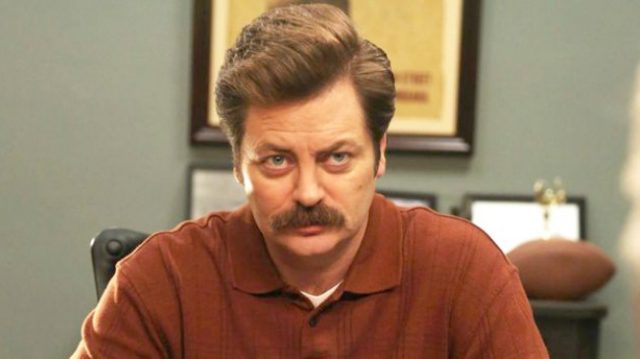 As a writer, Offerman has published four books (All New York Times Bestsellers): 'The Greatest Love Story Ever Told' (with his legendary bride Megan Mullally) (2018), 'Paddle Your Own Canoe: One Man's Fundamentals for Delicious Living' (2013), 'Gumption: Relighting the Torch of Freedom with America's Gutsiest Troublemakers' (2015), and 'Good Clean Fun: Misadventures in Sawdust at Offerman Woodshop' (2016).

While having earned massive recognition for his work on-screen, Offerman also thrives on stage in front of a live audience. His solo show 'Full Bush' was critically acclaimed when he brought it to Australia three years ago.

Tickets priced €44 go on sale this Friday 29th March at 10am through www.ticketmaster.ie & usual outlets nationwide.

'Strictly' champ Joe McFadden talks heels, hair and more ahead of 'Priscilla Queen of the Desert' in Dublin

Oliver! is returning to Dublin's National Concert Hall for a limited run this month

Everything you need to know about Taste of Dublin: Festive Edition