These dates have been added to the already announced dates in Dublin on Thursday, 6th June, and in Belfast on Sunday, 9th June.

Tickets are on sale now. 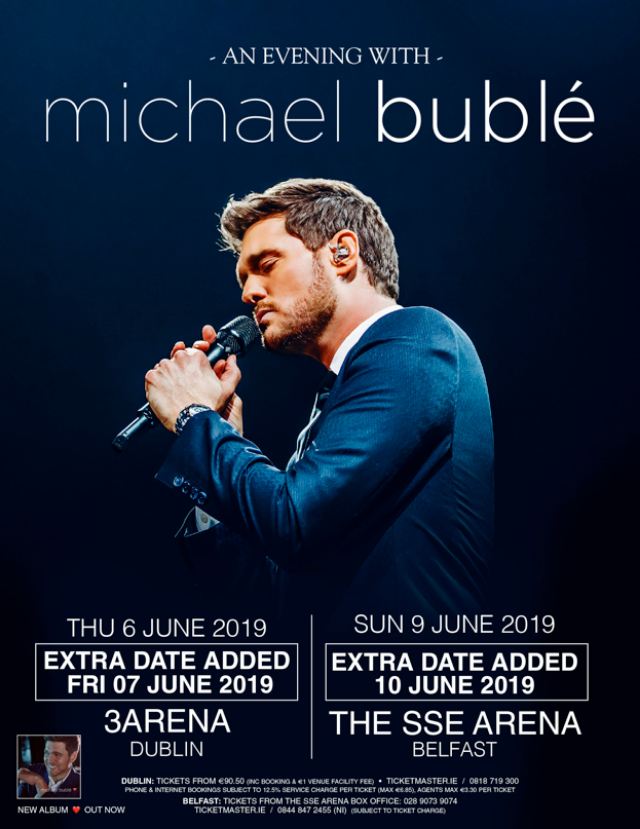 The singer recently appeared on the 'X-Factor' to say that he wouldn't be retiring after this record.