Michael Bublé has announced Irish dates at the 3Arena on Thursday, 6th June, and SSE Arena on Sunday, 9th June 2019.

Tickets go on sale on Friday, 23rd November at 9am. Tickets start at €90.50 including booking fee for Dublin, and from £80 for Belfast.

Michael Bublé's hotly anticipated new album 'Love' releases on Friday, 16th November. If you order his new album from www.goldendiscs.ie before 11:59pm on Sunday 18th November, you'll get access to pre-sale concert tickets. This eighth album is believed to be his last ever. 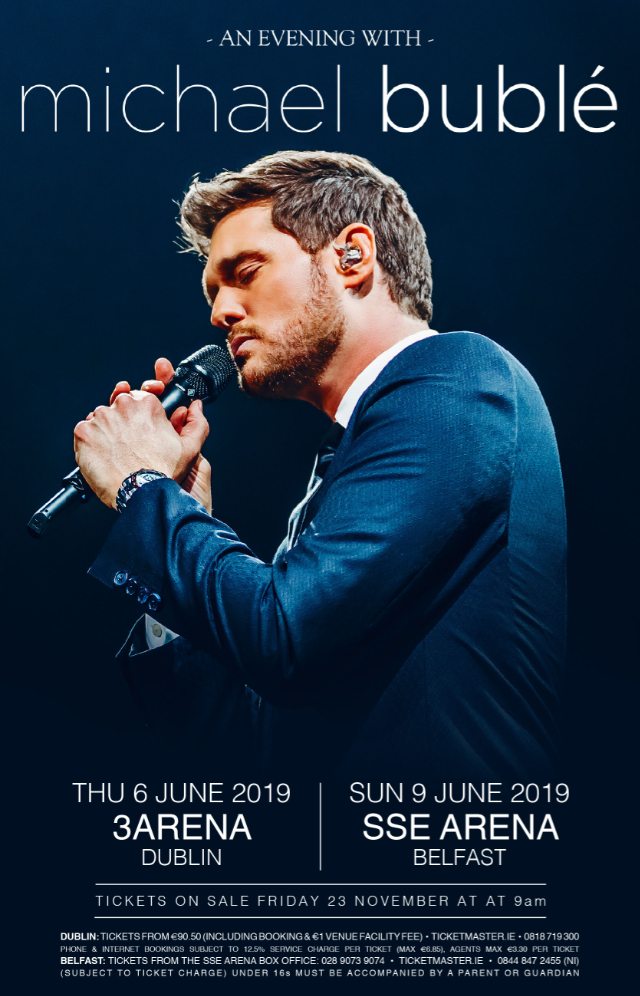 Last summer, Bublé returned to the stage after a lengthy absence for sold out shows at Croke Park, Dublin and London’s Hyde Park.

The crooner has sold over 60 million records worldwide, performed hundreds of sold-out shows around the globe, and won four Grammys and multiple Juno Awards during the course of his extraordinary career.

Bublé made a return appearance on 'The Graham Norton Show' over the weekend.