Review: Why 'Fleabag' was a masterclass in television

Phoebe Waller-Bridge has raised the bar to jaw dropping heights

Attempting to explain to anyone just why they should watch 'Fleabag' always seems like a difficult task. Mainly because it's so hard to do it justice. The premise of 'Fleabag' sounds like nothing all too new - a thirty-something woman navigating her way through life and love in London. But 'Fleabag' is far more than that, as you fellow Phoebe Waller-Bridge worshippers know, and that is all down to her incredible writing and her sharp, unflinching wit.

The first season of 'Fleabag' aired in 2016 on the BBC and was adapted from Waller-Bridge's 2013 Edinburgh Festival Fringe one-woman play of the same name, which won her the Fringe First Award. It proved a hit with viewers and critics alike but a second season was never initially on the agenda. Waller-Bridge had felt that Fleabag's story had finished at the right point and she had no interest in doing another outing, telling Variety that she couldn't see a way back in and didn't want to milk it. She adds: "But then Amazon gave me a little time to think about it, and then just one day I’m on a bus and just was like ‘Hold on, I think I’ve found a new way in’."

Thankfully she did because the second season, which finished up last night, somehow surpassed what went before. From an opening episode that could have easily worked well on theatre's most prestigious stages to a closing that somehow managed to be heartbreaking and uplifting in equal measure.

'Fleabag' is a show that is unapologetically dark in its comedy but also carries so much emotional weight in an episode you practically need a therapy session after it's done. It's packed with relatable if often unlikeable characters played by the likes of Sian Clifford (Claire) and the now Oscar-winning Olivia Colman. It is a story about the deep, cutting impact of grief and the unpredictable coping mechanisms that come with it. But also about the strange dynamics between a family that you only know if you are in it, and in this second season, it's about love and all the many different forms it can take. None of this is ever laid on too thick, it's all conveyed in a moment, in a quick look to camera, or the simple heartfelt line from one hard shell sister to another: "You're the only one I would run through an airport for". 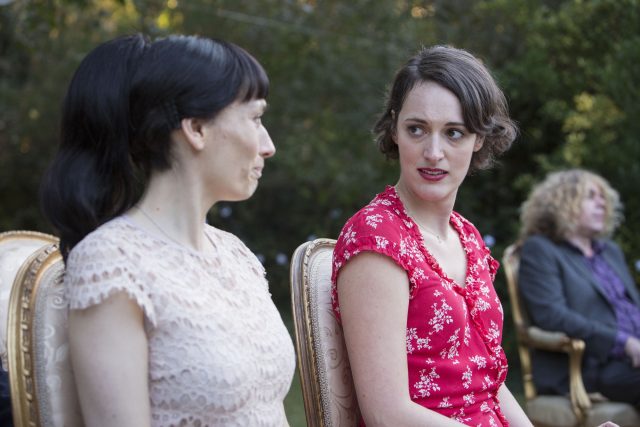 We learn early on in season one that Fleabag (yes, we are never given her real name in the entire series!) is dealing with the death of her best friend Boo. Her partner in crime, in business, and a soul mate in the truest sense of the word. Fleabag's inadvertent role in her death is something that plagues her deeply, but this is mostly driven home in the flashbacks of their friendship. On the outside, 'Fleabag' and her acerbic wit are at full force for the rest of the world, and for our entertainment. A swift one-liner to the camera and we are in on the joke and giggling alongside her.

The relationship between her and the camera became even more of an important part of the narrative in season two. Not least because The Priest (which is also the only name he gets by the way) is the only person to notice her breaking the fourth wall. In all of the flashbacks with Boo, she never turns to look at us once. That's because we are Boo. We are the friend she looks over to roll her eyes at, to give a wink to when something daft is happening.

That's what made those final moments, of what was the last ever episode, all the more poignant. She was saying goodbye to us, and in turn, letting go of Boo. She had opened her heart up again to someone and even though it got rejected, that wasn't the point. "I love you... let's just leave that out there a moment", she told him. And she did, she really did love him and that oozed off the screen between her and the perfectly cast Andrew Scott. 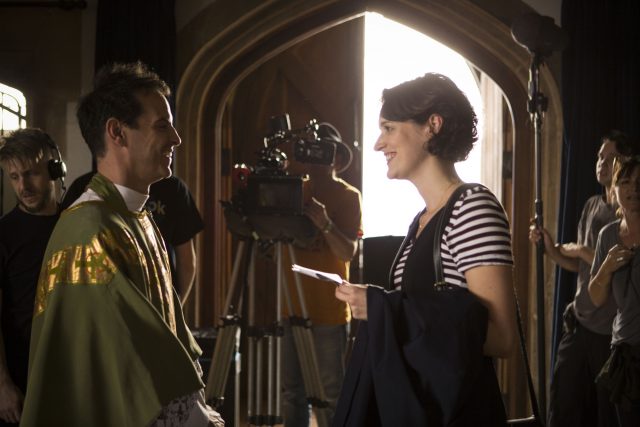 In a television landscape drowning with new shows, 'Fleabag' holds its own and stands proudly as a shining example that you can still surprise people. You can still turn their emotions on their head and give them pause for thought while they're laughing their ass off.

Fleabag may have not got to sail off into the sunset with her priest but you knew she would be okay. Her journey with us has ended, but that's probably for the best.

I'll miss her, you will miss her. And we don't even know her name.