When you hear 'The English Game', the Irish patriot inside of you is probably thinking "why in the name of god would I want to be watching something with a name like that?" Well, it turns out that there's a lot more to the series than you think.

'The English Game' is a drama series which charts the origins of football within in the UK, and how those involved in its beginnings reached across the class divide to make it the modern sport it is today. The series is based on real-life events, focussing primarily on Glasgow native Fergus Suter (played by Kevin Guthrie) who is widely known as the first-ever professional footballer.

Suter, along with his friend Jimmy Love (James Harkness) journey from Glasgow down to Darwen, where they have been recruited to help Darwen FC get through to the semi-finals of the FA Cup. Suter is seen as "the future of football" and the team are relying on his skills to see them through. But will the working class team be able to defeat their upper-class counterparts?

The flip side of the story focusses on Arthur "The Lord of Football" Kinnaird (played by Edward Holcroft), who is a wealthy aristocrat, and plays for the Old Etonians - the leaders of the football league. 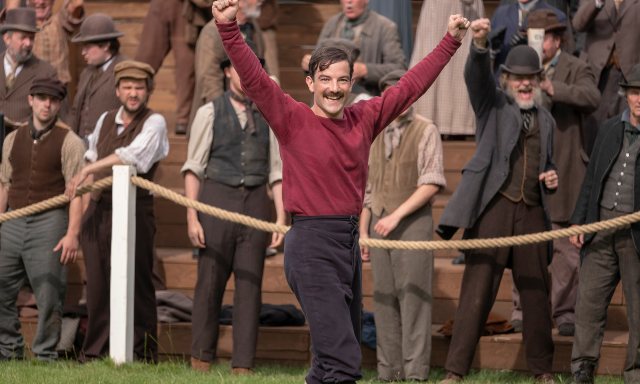 If all of this sounds like it's not quite interesting to you - let's face it, football isn't for everyone - then we'd ask you to give 'The English Game' a chance. What starts out as a football-centred drama series in the 1870's quickly becomes a watchable rollercoaster of emotions with more edge to it than 'Downton Abbey' ever had.

The six-part drama is said creator's next flagship series, as Julian Fellowes brings the world of football to life to an audience that might not naturally be keen to watch such a topic. It's blatantly obvious what Fellowes is doing here - he's taken the 'Downton Abbey' concept, included the world's most popular sport, geared it more towards a younger, male audience, while still keeping the heart and soul of the tumultuous story intact. It's genius, really.

While this is all well and good, a slight gripe we had with the series was how predictable the storyline was. The series depicts approximately a year's journey of the two teams, during which time the characters face struggles such as job loss, poverty, and death. But given that the story is based on real events, then we'll keep our mouths shut.

The series isn't all doom-and-gloom however, with various moments of sunshine in the rain, the acting quality being a great addition (Irish actors Niamh Walsh and Sam Keeley also make note-worthy appearances). 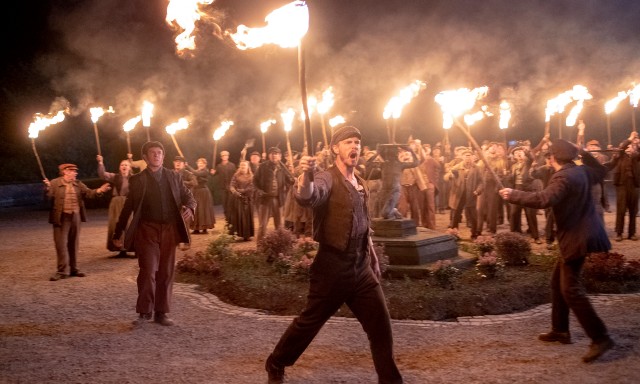 And in typical English fashion, we'll just forget that China originally came up with the concept of football a solid 2,000 years ago, shall we? Job done, get 'The English Game' on now. A nice 'Downton Abbey' fix for you until the movie sequel comes further down the line.

Netflix's six-part drama series 'The English Game' will be available to stream from March 20.

‘You’ season three feels weirder than ever, even for Joe Goldberg