Netflix Review: 'The Crown' Season 3 settles in for the long haul

'The Crown' handles its middle-age crisis with wit and charm, even if nobody else in the show does.

The opening scene of 'The Crown' Season 3 pointedly shows Queen Elizabeth II examining the new postage stamp, contrasting the young monarch with the middle-aged one and the audience's understanding of both.

Calmly, Elizabeth (Olivia Colman) makes a wise-crack about her advancing years, how she's now an old bat, and how things are moving on - if even she isn't. That's really the central crux of what the third season is about - how the monarchy in England is as constant as the sun, with the rest of the world revolving around it. It's a smart move by the show's writers that the focus pulls away from Elizabeth and instead takes in the people in her orbit, such as Prince Philip and Princess Margaret - now played brilliantly by Tobias Menzies and Helena Bonham-Carter - and by Prince Charles, now fully grown and realised by 'God's Own Country' breakout Josh O'Connor.

'Olding', the first episode, introduces the changing dynamic of the royal household and how settled things are between Phillip and Elizabeth. There's none of the anxious drama of the second season, instead they're as they are to this day - an old married couple, gossiping idly to one another every so often and otherwise going on about their lives. The injection of drama, in fact, comes from just that - an idle bit of gossip regarding the new Labour PM, Harold Wilson, played by veteran English character actor Jason Watkins. Phillip's pals whisper in his ear that Wilson is in fact a KGB sleeper agent, and the episode fakes you out with this, with Elizabeth eyeing Wilson warily in every meeting before the eventual truth comes out. It's a gentle introduction, not quite the blitz of action and intrigue you'd expect, but a decent effort nonetheless.

'Margaretology', meanwhile, brings in Helena Bonham Carter's out-sized Princess Margaret, and examines what her role is in the monarchy. The tenderness that's shown between Carter and Colman really is affecting, and you get the sense that there is a bond between - even if it can't always surface through the haze of acidic one-liners and cigarette smoke. Lyndon B. Johnson, meanwhile, gets a worthwhile cameo in Clancy Brown and while the distillation of the IMF / US bail-out really is limited, it's an enjoyable episode nonetheless.

The third and fourth episodes, 'Aberfan' and 'Bubbikins', are by far two of the most compelling episodes of the season. The devastation wrought by a coal mining disaster in the Welsh village of Aberfan is laid bare in every scene, but instead of letting Elizabeth off the hook in her delayed response to it, what the episode does is really dig into why this was the case. There's a scene, late in the episode, when she readily admits that there is "something wrong" with her in that she's basically unable to cry. Tobias Menzies, as Prince Phillip, does a fantastic job of contextualising the emotional weight of the mass funeral when he describes how the community sang in unison. 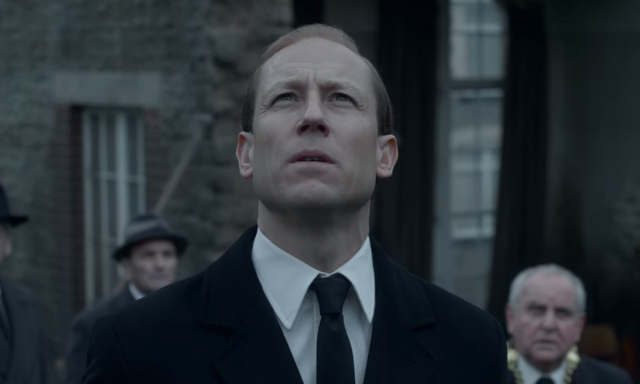 'Bubbikins', meanwhile, explores Phillip's relationship with his elderly mother and how his own loss of faith has become ever more real for him. Jane Lapotaire gives a scene-stealing performance as Princess Alice, whose extraordinary life is only fleetingly examined but would probably make for an incredible story of its own. There's a scene where Phillip tries to make good his bond with his mother, yet she herself is asking for forgiveness and that her own faith helped her when no one else could, and that her simple life of servitude was not wasted.

This is in sharp comparison to the very next episode, where her brother, Lord Mountbatten, played ably by 'Game of Thrones' alum Charles Dance, comes to the fore. Introduced in front of a sea of uniforms, he himself covered in medals and finery, you already get the sense that Lord Mountbatten - or Dicky, as he's referred to by almost everyone in the royal household - can't seem to reason with the times. The episode's plot is in the title - 'Coup' - and examines a baffling but real attempt by high-ranking members of the British establishment to overthrow the Wilson government and install Mountbatten as interim Prime Minister. All while this is happening, Elizabeth is off happily enjoying a horse training expedition, and laments that this - not the life of a royal - should have been hers. 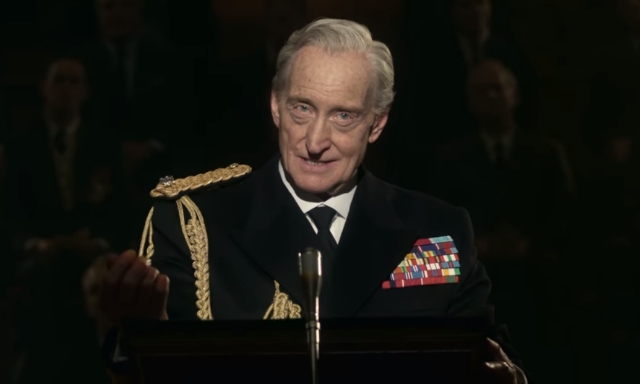 'Tywysog Cymru' - or Prince of Wales, in English - focuses on the college term Prince Charles spent in Aberystwyth before he was invested as Prince of Wales, and the distance in his relationship with his mother, not to mention his own loneliness. Josh O'Connor really does imbue him with a sense of tragedy, that he's this sensitive soul trapped in a world where he can never truly be free. The episode explores his yearning to define himself, and ends with Act 3, Scene 2 of Shakespeare's 'Richard III' where Charles looks down the lens of the camera and professes himself to be just as human as anyone. It's an affecting, if completely unsubtle moment and really does bring Charles into the cast in a meaningful way.

The remaining episodes bounce between Prince Phillip meeting the Apollo 11 astronauts in a somewhat damp squib of an episode, while the seventh and eighth episodes - 'Dangling Man' and 'Imbroglio' - examine the dynamic between Princes Charles and Camilla, and how the relationship ultimately went south and ended. You do get the sense that these episodes, fine though they are, are somewhat hamstrung by what is likely to be the crux of the next season - namely, the marriage of Charles and Diana, and the eventual indiscretions with Camilla. 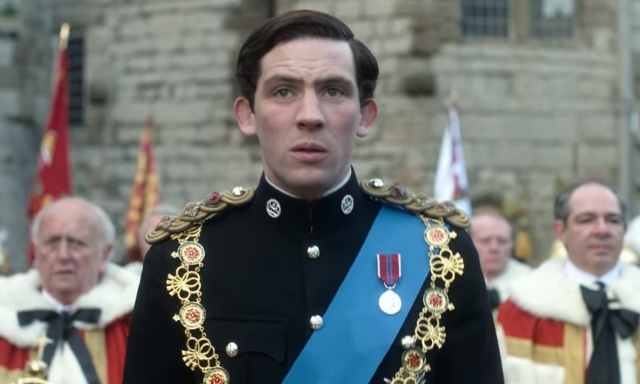 That, in a way, is probably the main issue with 'The Crown' Season 3 - how everyone is dealing with the endlessly changing times. Olivia Colman as Queen Elizabeth II plays it with just the right amount of humour and wit, never verging into parody and impression. Tobias Menzies, meanwhile, really does shine as Phillip in a way that Matt Smith never really did and gives him a weight and substance. Helena Bonham Carter, while affecting as Margaret, adopts a somewhat supporting role and the final episode given over to her feels like a wasted opportunity in comparison with the episodes voted to Princes Charles, played brilliantly by Josh O'Connor.

Overall, 'The Crown' Season 3 contends with the inter-familial drama not unlike 'The Godfather', pitching characters and hatched plots against one another with an ease and a sense of style's that unmatched on streaming today. It may gloss over some of the facts, but it never misses an emotional beats and never fails to dazzle when needed.