An emotional new sports documentary you're going to love

A powerful documentary highlighting the incredible journey of who we might perceive to be our sporting underdogs, but who are truly sporting heroes and legends, lands on Netflix today.

With a striking 'Avengers' reference at the beginning of the documentary, 'Rising Phoenix' sucks you in immediately to let you know this isn't your regular sporting documentary. Named after the Italian fencing Paralympian Bebe Vio, who features heavily throughout, the documentary follows numerous sportspeople who have competed in The Paralympics in recent years. From archery, running, swimming, wheelchair rugby, and weightlifting, there is a vast spectrum of knowledge to be learned about these sporting legends and their various backgrounds.

As mentioned, Bebe Vio is the figurehead of 'Rising Phoenix', but her story is just one of many that unfold over the one hour and 46 minutes. We meet the likes Australian swimmer Ellie Cole, USA's Matt Stutzman whose archery skills sees him use his legs to shoot, and Jean-Baptiste Alaize, originally from the East African country of Burundi. All have incredible stories, each one of them vastly different from the one before. But each one of them has a goal - to not let their "disability" hold them back in achieving glory. 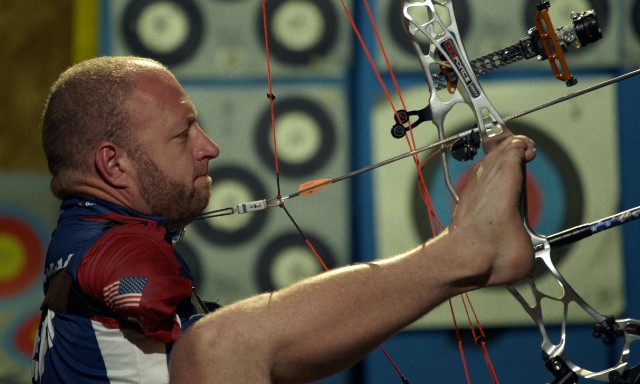 The origin story of how the Paralympics became the global event that it is today is one to pay particularly close attention to while watching. The founder of the Games, Dr. Ludwig Guttman, took it upon himself to treat his paraplegic patients with the same treatment he would with any of his patients - by getting them to exercise. Through interviews with his daughter Eva Loffler-Ludwig, as well as archival footage of him at work, we get to know the man who saw potential in these incredible people.

The three most recent Paralympic Games - Beijing 2008, London 2012, Rio 2016 - are highlighted for their celebration of the athletes in particular (as well as the behind-the-scenes drama of the Rio Paralympics which almost saw them not taking place). Previous ill-prepared Paralympic Games, such as Russia's refusal to host in 1980, is also put under the spotlight.

It is disappointing that 'Rising Phoenix' wasn't able to be released in conjunction with Tokyo's 2020 Paralympic Games this August - but we'll just have to patiently wait until next year for more sporting glory to take place on our TV screens once again.

A necessary watch for any fans longing for their Paralympic fix, 'Rising Phoenix' is now available on Netflix.