Review: 'The Punisher' reloads for Season 2, but misses the target

Frank Castle's back, and doing what he does best - violently killing people and grunting like a simian.

When the first season of 'The Punisher' landed on Netflix, it was nestled between 'Daredevil', 'Luke Cage' and 'Jessica Jones' and probably had the fake-blood budget of all three series combined.

It was relentless, desperately violent, and Jon Bernthal's rage bubbled over frequently - making for a compelling, if desperately unsubtle debut season of television. Skip forward to now and 'The Punisher' and 'Jessica Jones' are the lone remaining children of the Marvel / Netflix partnership. That the second season drops after all the news surrounding the cancellations is unfortunate, but the series seems to be pushing the titular character towards an end that feels not only right, but earned.

From the first four episodes or so, what's clear is that showrunner Steve Lightfoot and the writer's room understand Frank Castle on a level not seen before in any previous iteration or his appearance in the second season of 'Daredevil'. As wounded and broken as he might be, happiness - if it can be called that - only comes to him when he's covered in blood and in the heat of battle. As Giorgia Whigham's character points out after a brutal encounter in the opening episodes, he's just "happy for the excuse" to start killing people. Try as he might, Frank Castle finds violence easy - and this season acknowledges why that's the case.

The third episode, 'Trouble The Water', plays out like 'Assault On Precinct 13' with Frank forced to team up with a police chief to fend off people trying to take him and Giorgia Whigham's character out. The action is well-paced and when it's in full flow, there's a sense that this is when the series as a whole is at its strongest. That they're spaced out between pages of trite dialogue and thin plotting is what lets it all down. Moreover, these action-packed episodes feel designed to pause the storyline than actually move it forward. They're good, but you know it's done to pad out more than anything else.

Really, that's been the central problem of all of the Marvel TV series on Netflix - the story runs out before the episodes do. The first season of 'Luke Cage' was a prime example of this, and while the depth of character development couched it in context, it spent whole episodes when smarter writing would have condensed it into a scene or two inside one episode. It's the same here with 'The Punisher', particularly its villain, John Pilgrim, played by 'The Dark Knight Rises' alum Josh Stewart. While it gives us a deeper understanding of his motivations and humanises him to a certain degree, more efficient and economic writing and plotting would have been of a benefit here. 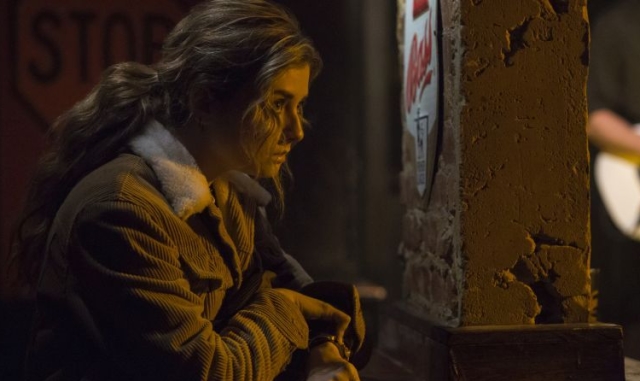 Still, 'The Punisher' has its moments and Bernthal gives a layered, nuanced performance as Frank Castle and the writing embraces both the idea of a man at war with himself, and a man who enjoys it. Giorgia Whigham's character, Rachel, acts as a foil to his seriousness and the humour that's produced from them both adds respite where needed.

If 'The Punisher' survives the Great Netlix / Marvel Cull, a third season is going to have address the wheel-spinning of the past two seasons and learn to focus and condense than needlessly expand on things that aren't all that interesting.