Netflix review: 'Ozark' season 3 is its most enrapturing one yet

The Bryde family are in deeper water than ever

Netflix series 'Ozark' follows the Bryde family after they move to the Ozarks to run an increasingly complex money laundering scheme to stay in favour with a Mexican drug cartel. With scenes increasingly cutting to events in Mexico, it would seem the Brydes are getting closer to the heart of the cartel and the drug war it is involved in.

This season of 'Ozark' sees Marty (Jason Bateman) and Wendy (Laura Linney) focussing their efforts on their newly established riverboat casino. Wendy is vying for more control in the business. She utilises her relationship with lawyer Helen Pierce (Janet McTeer) to get closer to drug lord Navarro (Felix Solis). Fresh off her Emmy win, Julia Garner continues to impress as Ruth Langmore. At this stage, she's running the casino for Marty, but her notorious hot temper is landing her in trouble. 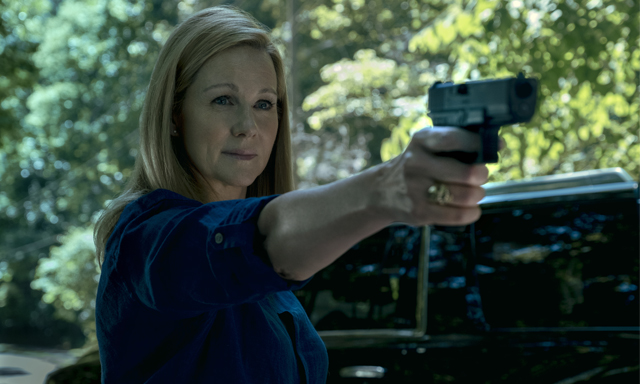 The Bryde children, Charlotte (Sofia Hublitz) and Jacob (Skylar Gaertner), continue to be familiar players. They've really matured this season and despite the odd mistake, are more endearing than they've ever been. It can't be easy going through growing pains with the knowledge that your family are criminals. Fresh faces include an FBI member named Maya (Jessica Francis Dukes), who's maybe too good at her job. But the most significant newcomer when it comes to setting events in motion, is Wendy's unstable brother Ben, played by Tom Pelphrey.

As with every season of the thriller-crime-drama, a lot of plates are spinning, and its multiple storylines and changing relationship dynamics and loyalties will keep you consistently on your toes. As ever, there's conflict between Marty and Wendy, the source of which tends to be their lack of communication and taking action without the other's okay. They start to see a counsellor this session, which makes for needed comic relief. The root of their relationship is ultimately a contest for power. And with that being almost everyone's prerogative on the show, it's impossible to demonise them for it.

The closeness between Charlotte and Jacob proves charming while Ruth finds love for the first time. There is another romantic relationship that develops, which we won't give away here, but safe to say, it's pretty icky. There's a great abduction episode and one that focusses on Wendy and Ben (who really is, it has to be repeated, a fantastic addition, in terms of the story and character development he inspires) which are the standouts. Characters who are still alive after two season (it's hard to stay like that when you're around the Byrdes) that have been pushed to the sidelines, return with a force, most especially Darlene Snell (Lisa Emery).

'Ozark' has proven to be a consistently worthy series and season three may be its best yet. It's expertly written, thrilling in its pacing, and full of complex, charismatic characters brought to life by actors of a top calibre. Watch the series in full and you'll want more and more.