Netflix Review: 'The Disappearance of Madeline McCann' is an uncompromising look at a compromised investigation

Cold, methodical and uncompromising, 'The Disappearance of Madeline McCann' puts the media, the investigation and the McCanns under the microscope.

Everyone has a theory about what happened to Madeline McCann.

The fact that the case is still open, some 12 years after her disappearance, practically invites it. More than that, however, is that the investigation into her disappearance has been more controversial and more riven with inconsistencies and inaccuracies than any other like it. Coming into 'The Disappearance of Madeline McCann', what's clear is that the producers of the eight-part series are not only aware of these, but also actively work with them.

The first three episodes set out the initial findings of the case, introduce the parents, the village of Praia De Luz, the journalists who covered the story, and the local investigators involved. Like us, they're following the evidence as it comes out in dribs and drabs, as Portugal's legal rulings on open investigations prevent factual reporting on them.

All while this is happening, a timeline of events is being built up, then knocked down by jarring reports, all as the local investigation begins to close in on a conclusion, one that's even backed up with some near-perfect editing. Again, what the documentary does so well is that it uses the apocryphal information that anyone with a tenuous grasp of facts might know - that sniffer dogs had identified blood, that the other children were sedated - to knock them down and replace them with cold, hard facts. 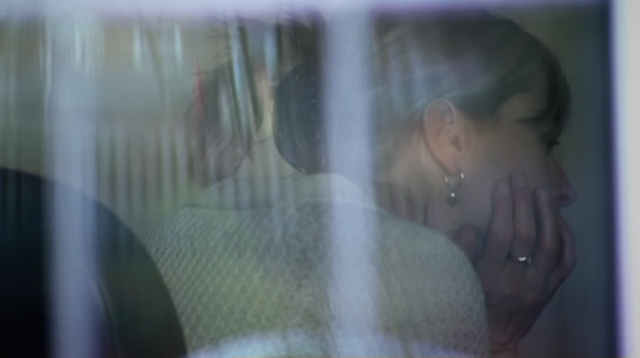 Neither Kate McCann or Gerry McCann were interviewed for the series

It's not enjoyable, or even entertaining, because we're so used to cold-case investigations to be blown wide open with crazy leaps of information, or bizarre twists and turns to lead to the truth. With 'The Disappearance of Madeline McCann', it is bizarre and it features twists and turns - but none of them lead anywhere. That's what so frustrating about it all, that so much of the documentary is devoted to chasing dead-ends, clearing up the wrongful investigation of the likes of Robert Murat, Sergey Malinka or even the McCanns themselves, that so little it seems is devoted to finding Madeline.

By the fifth episode, the documentary's focus has shifted off from the McCanns by thorough reasoning and deduction, and brought in new lines of inquiry and investigation that - again - lead nowhere. That's probably the most disturbing thing that comes out of the documentary; that it's been 12 years and there is still no conclusive evidence to suggest Madeline McCann is either alive or dead.

There can be no doubt that something awful happened, that it exacted a terrible cost on the McCanns, and that there is - to this day - no comfort for them, even when they have been vindicated of any wrongdoing in their daughter's disappearance. Yet, the documentary does not make light or even become sentimental in how it treats them.

It is cold, dispassionate in where it chooses to go, and has all the rigour and fastidiousness of a proper investigation. Even the journalists who are interviewed are put in the firing line, and their own culpability is called into question as to how they allowed these false stories come into being. Again, it's dry and analytical stuff, because the Madeline McCann story has been so drenched in tabloid ink that it needs it.

One of the reconstructed scenes from 'The Disappearance of Madeline McCann'

It requires a level of almost boring, bland retelling so that you can take it as genuine. The reconstructions, trite though they may be, are used sparingly and only when absolutely necessary. There is nothing in 'The Disappearance of Madeline McCann' that could be construed as sensationalist or exploitative. There are few moments when it decides to draw a conclusion, but it's then revealed as a teachable moment - case in point being, the end of the third episode with a sniffer dog's bark and the cliffhanger it leads into the fourth episode.

By the final episodes of the series, you do get the sense that it has been stretched thin. An entire episode is devoted to an Irish con artist who was involved in the investigation which feels superfluous, not to mention the McCanns' testimony at the Leveson Inquiry is also a focus point of it. While this may be adding context, it does somewhat make it even more drab and frustrating, as it offers nothing new to the investigation.

That aside, what 'The Disappearance of Madeline McCann' offers is a methodical, analytical investigation into a crime and a story that was anything but.