Netflix Review: 'Stranger Things 3' will be your favourite season yet

This review contains spoilers for season 3 of 'Stranger Things'

Just one more for those at the back, this review is spoiler-laden for 'Stranger Things' season 3. If you haven't watched it yet, away with you and come back to us when you're done because you are going to want to talk about it.

For the rest of you, we hope you have now emotionally composed yourself once more after what was a heart-wrenching finale. Honestly, we were not prepared for that. But look, we are getting way ahead of ourselves. First off, we have to say, the initial reactions to this latest outing of 'Stranger Things' were spot on. It is the show's best season yet. The stakes are higher, the body count is (significantly) higher and it is a masterclass in storytelling and pacing by the Duffer Brothers.

The opening episode of the season was mainly a fun catch up with all our central characters, of which now include Max and her older brother Billy. It's the summer of 1985 and the town of Hawkins is preparing for the annual 4th of July celebrations. Mike and Eleven are all loved up and seriously irritating to all around them, Hopper is on ultimate dad mode as well as still pining after Joyce, while Dustin is on his way back from summer camp for a reunion with his friends. There's a new mall in town which is putting Joyce's shop out of business but it is giving work to former high school heartthrobs including one Steve Harrington. He's busy hitting on girls and being wound up by his sassy co-worker Robin, who is, as Dustin describes her, awesome. 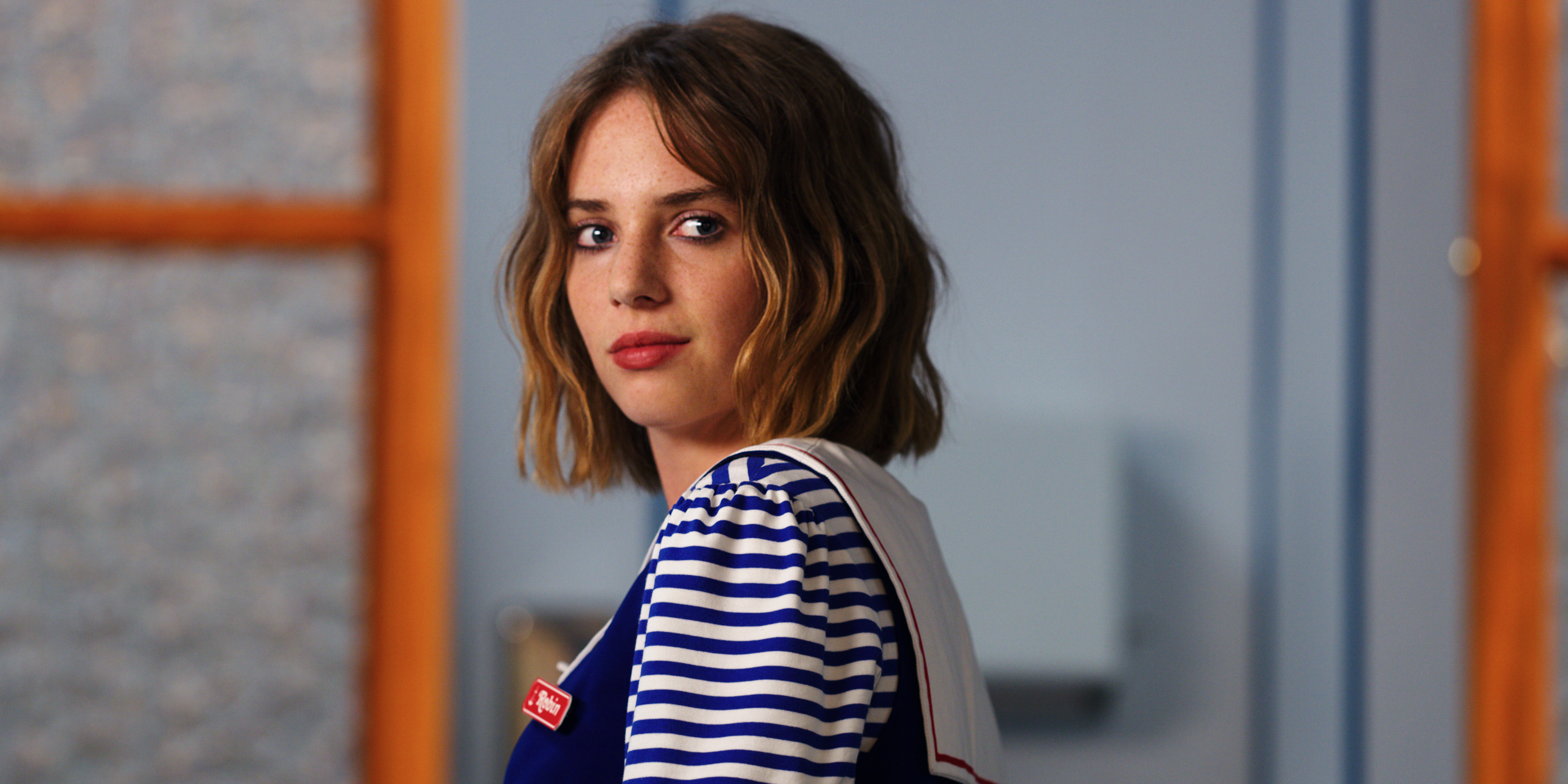 Robin, in case you didn't realise, is played by Maya Hawke - the daughter of Uma Thurman and Ethan Hawke. It's crazy how much she is the physical embodiment of both of them, and she sounds exactly like her mother. Mini Thurman was a superb addition to the cast and proved a great duo with Steve, a character who has skillfully been given more and more depth in this show. We also loved how they continued on the dad-Steve storyline with Dustin but the roles ended up being reversed.

The OG crew have grown up a bit since we last saw them, they're fully-fledged teenagers now at that awkward stage of life where you are on the cusp of adulthood, but still want to desperately hang on to your childhood, as we see with Will. Pretty much his only lines over the first few episodes are asking to play Dungeons and Dragons. But hey, beats being stuck in the Upside Down for an entire season.

Eleven, or El, as she goes by now, still has all her badass powers which help no end when you're a hormone filled teenager slamming the door on your annoying dad. She closed the gate at the end of season two so there should be nothing to worry about now and forever more. Except this is the '80s in America, where the biggest threat is always, always, the Russians. It's an interesting way to escalate the story and also a fantastic opportunity to pay homage to a zillion more classic '80s movies with action scenes that would make Arnold Schwarzenegger proud. Let's face it, Russian dude on a motorbike was absolutely the Duffer Brothers writing in their own Terminator.

Hopper desperately trying to be Magnum P.I was also a masterstroke, with this chief of police taking down bad guys left, right and centre. Speaking of, there was a lot of dead bodies this season. Like a lot. And it did not hold back on the gross and gore of it either. Bad screams galore. 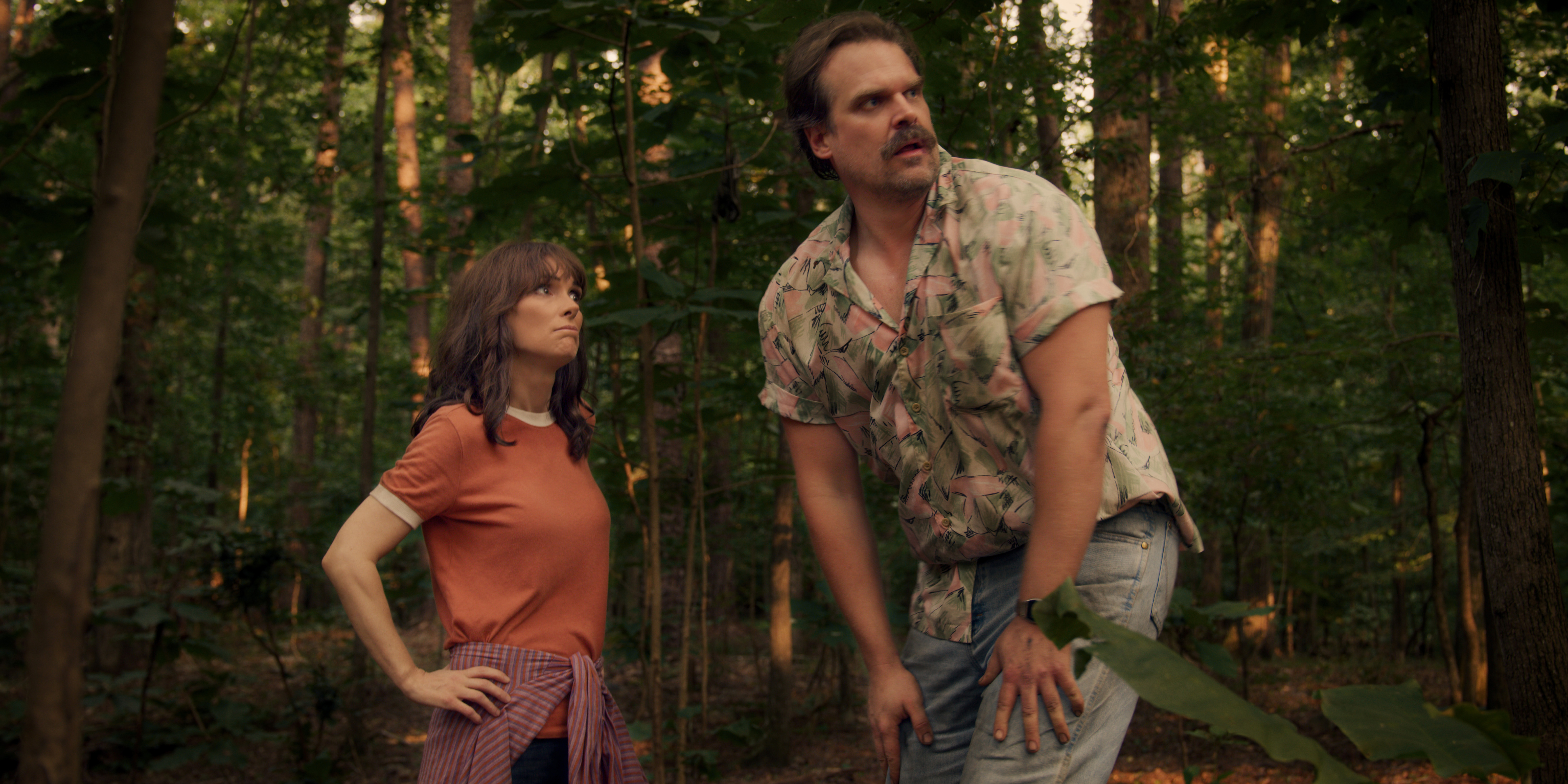 Over in The Hawkins Post, we had Nancy and Jonathan working as interns doing their best Lois Lane and Jimmy Olsen. Only trouble is, Nancy has to put up with a bunch of insufferable sexist co-workers (including Jake Busey). Probably the least fantastical element of the show in fairness.

It was Billy (Dacre Montgomery) however that was really given his moment to shine this season. He made for a great bad boy in season 2 but was allowed to expand his limits to full-blown psychopath when he was made a host by the Mind Flayer. It also gave a face to the big bad that Eleven could actually fight, although seeing her rip pieces off human blob was also pretty cool. 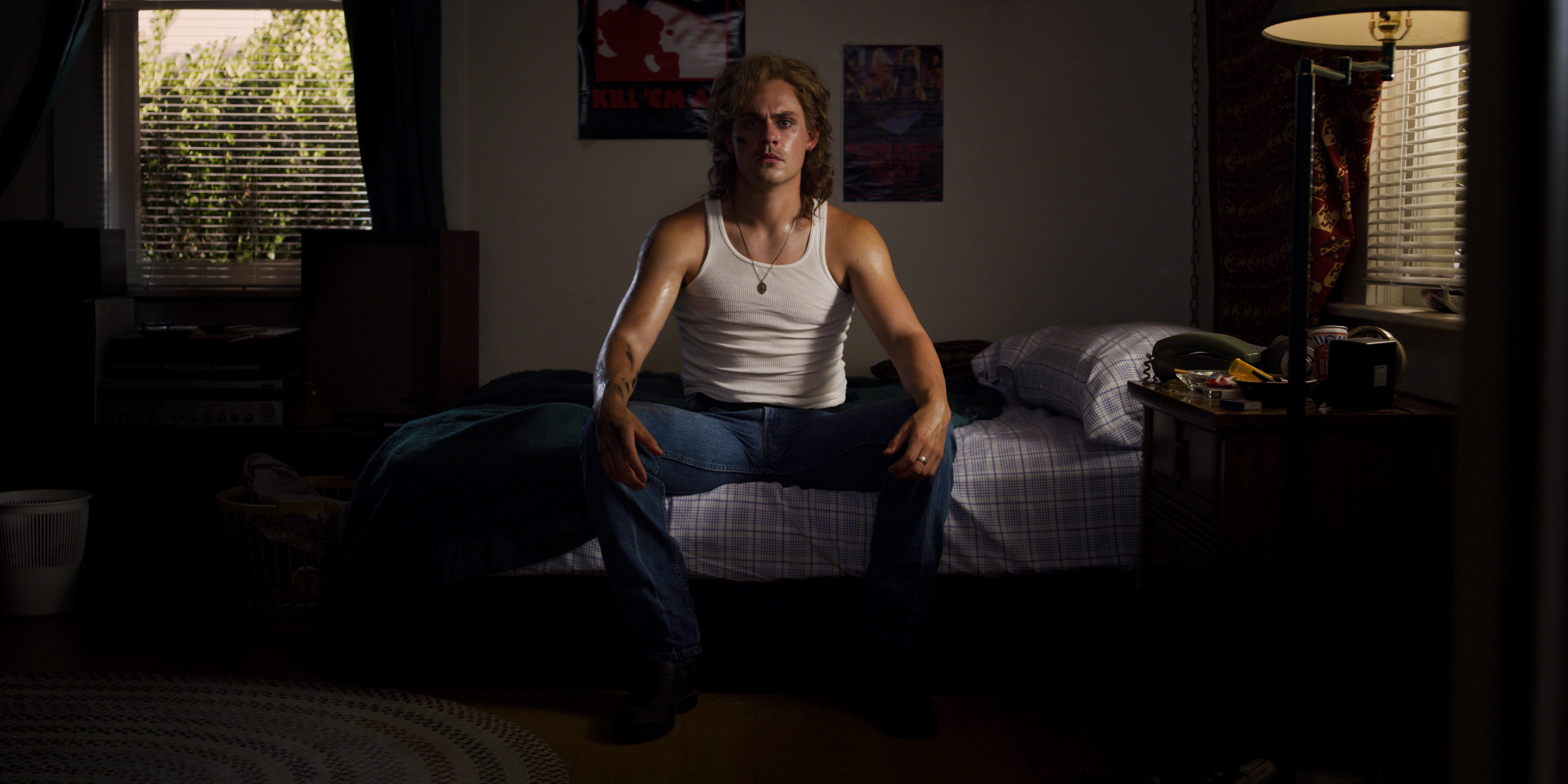 MVP has to go to Erica, because they would never have been able to break into that Russian facility without her and because you can't spell America without Erica.

What 'Stranger Things' did so well this season was show how you can really utilise an ever-growing cast. Placing different pockets of characters in their own adventure was a great way to change things up and bring the story together for an epic showdown. And what a finale it was. From moments of sheer elation as we watched Dustin and his non-imaginary girlfriend Suzie belt out 'Neverending Story' to each other, as well as Joyce finally asking Hopper out on a date - to Billy returning to his body for one final act of redemption in saving El and that gut-wrenching moment Joyce had to close the gate with Hopper in range of the blast.

Okay, so Billy kind of had to die. He would have had way too much innocent blood on his hands otherwise. But Hopper, say it isn't so! Also did Joyce really have to close the gate while he was right there? Yes, we get it, the Russians were on the way, but she managed to make it all the way down to where he was before they barged in. Surely he could have made it back to her? Like, they waited for Dustin and Suzie to finish their song for crying out loud. Also come on, this is the second time Joyce has lost her guy in the season finale. Ease off on Joyce, Duffer Brothers. Also poor El could have done without it too. 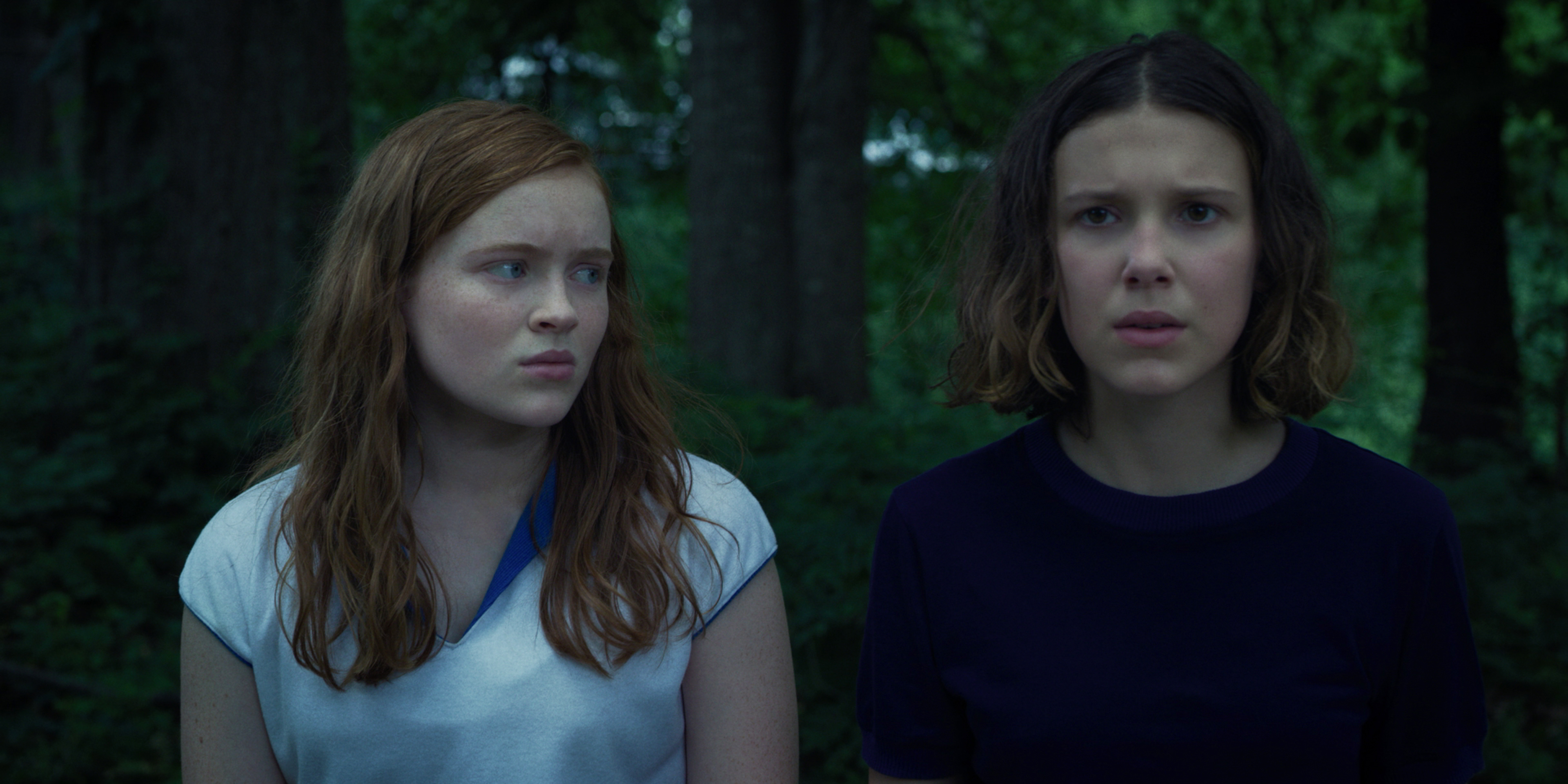 But... is Hopper still alive?? That post-credits scene was definitely hinting at it. If you stuck around after the initial credits you will have seen two prison guards in a Russian facility standing outside a cell. "No. Not the American," one says to the other, and they move on to the next cell. "The American" is what the Russians referred to Hopper as throughout the season. So it definitely suggests it could be Hopper. We didn't exactly see him die after all. Even though he was right beside the blast... but what if someone grabbed him at the last minute? Yeah, look, we're not convinced either as to how they could explain it but they definitely want us to be speculating on it.

It's also left it very open to another season, which seems inevitable at this point, especially considering how well this one will undoubtedly go down with fans. Joyce, Eleven, Will and Jonathan may have moved onto pastures new, but who's to say we couldn't pick things up with this lot again in college? Although we'd say there could be more high school drama first. Whatever they decide to do, at least we can be confident that this is a show that doesn't cave in with the hype and can deliver season after season.

From the outside, 'Stranger Things' may look like one big nostalgia fest that walks a fine line between homage and imitation, but it's far more than that. It's a glorious rollercoaster of a story with sharp, well-written characters that takes itself seriously enough to let you fully invest in their journey but has no problem with poking fun at itself either. Or, as we learned this season, in ripping your heart fully out at a moment's notice.

Season 3, you were worth the wait.